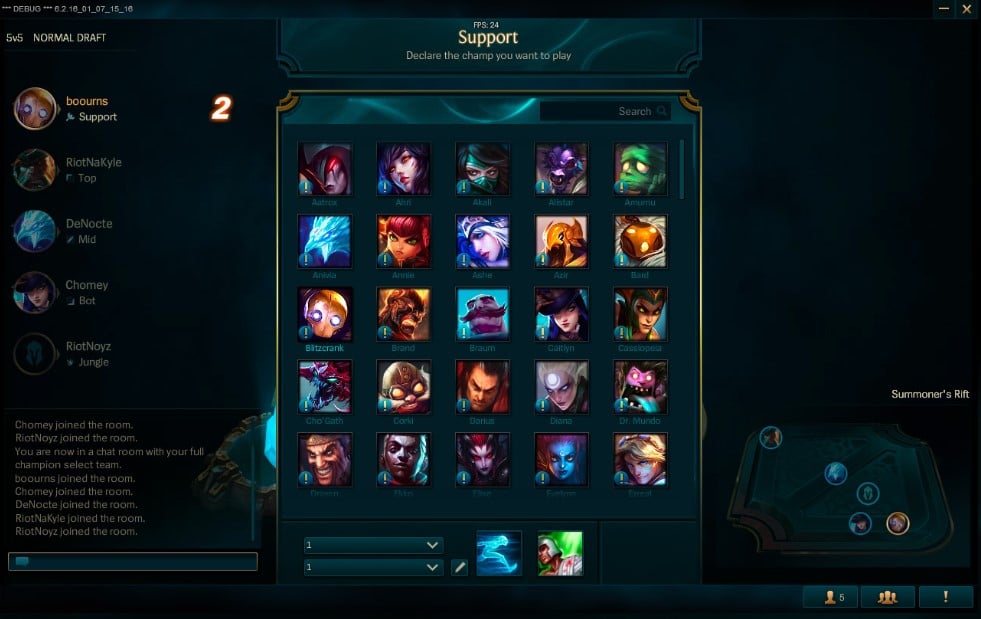 A new video regarding the rumored mobile version of League of Legends has been released weeks after the game was supposedly leaked.

The footage displays multiple runes with text beside them that the video creator labels as emblems. These emblems can supposedly be upgraded using the in-game currency.

The matchmaking lobby is then shown after the player accepts a match. It shows each champion as a small icon, similar to the PC version of League. The champion select menu looks relatively similar, too.

The matchmaking lobby shows Summoner’s Rift on the left side of the screen with each lane named and champions allocated. After the player selects Vayne, a dynamic animation is shown of her character, unlike the PC edition.

In the bottom left of the screen, there appears to be a small text chat with a microphone icon and sound icon, which could allow players to communicate with one other via text or speech using a microphone, similar to the PC version.

After each player has loaded into the game, Summoner’s Rift appears and the player moves their champion at the start of the game using a new graphical user interface specifically made for the rumored mobile version.

Although the leaks can’t be verified yet, Riot Games is reportedly working with Tencent to move League to the mobile platform, according to Reuters. But the game is most likely in early development and won’t debut in 2019.