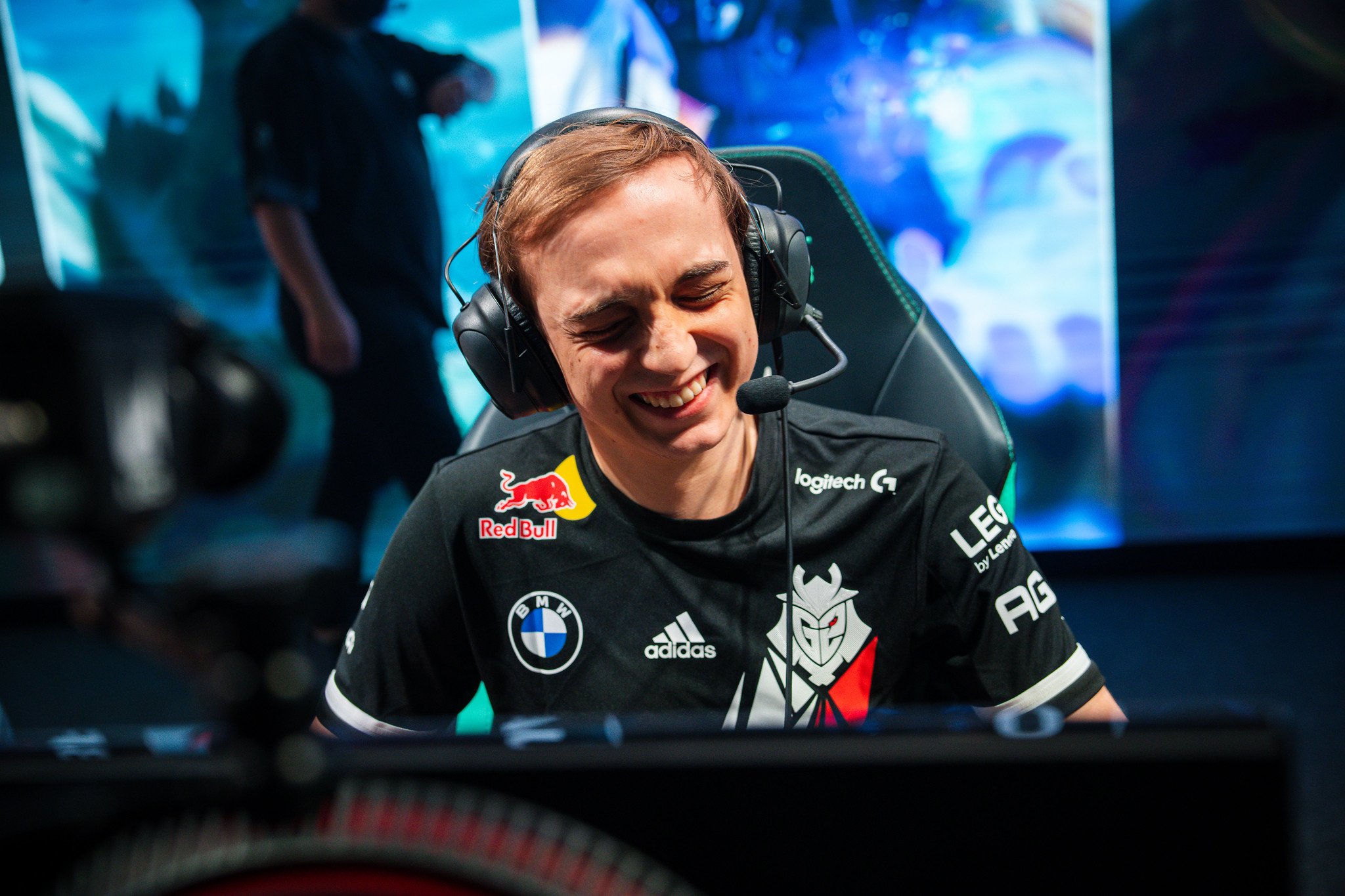 G2 mid laner Caps was feeling himself in today’s LEC game against Astralis, in which he picked an unorthodox Zac in the mid lane to lead G2 to victory in an absolute romp. While Caps is no stranger to bizarre picks (this is also the player who’s picked—and won—with champions like Draven and Kayn in the mid lane), Zac is a first-timer for the now-seventh-year pro.

G2’s team comp in today’s game focused on diving on enemy champions and sticking to them to ensure kills in elongated teamfights. The only issue was that G2 got so ahead of Astralis that lengthy teamfights never really came to fruition, and instead, G2 simply deleted Astralis off the map with ease.

With his Zac pick, Caps was all over the map. His Elastic Slingshot (E) usage allowed him to roam into Astralis’ side lanes without much contention, while in the later stages of the brief contest, he practically lived rent-free in Astralis’ backline.

Related: Perkz voices concerns about EMEA Champions Queue time slots: ‘It’s way more healthy … to not have to play until 2am’

Eighteen minutes into the game, Caps (who was already 3/1/4) pulled off a perfect chase play, diving into Astralis one-vs-four with Elastic Slingshot before pulling JeongHoon and 113 together with a clean Stretching Strike (Q). Caps stayed on Astralis relentlessly, setting up two kills for G2 during that particular chase and being the catalyst for plenty more during the later stages of the game. By the time the onslaught ended, Caps finished with a scoreline of 8/1/7.

Once Caps’ damage-oriented build came online in the mid game, G2 were practically unstoppable. Astralis had no answer for the endless chase-and-dive strategy that G2 were playing to perfection.

In total, G2 racked up 23 kills in 24 minutes—just one less kill than the high mark by any single team this LEC split. Heretics set the number to beat at 24 in their opening game of the winter. G2, who now sit atop the LEC with a perfect record of 3-0, are looking like Europe’s “team to beat.” Perhaps even more impressive than today’s 24-minute stomp of Astralis was the 23-minute beatdown they gave to Fnatic yesterday. Just three games into the season, G2 own the two fastest wins of the year and are appearing to be the cleanest team in the LEC—today’s stylish game only strengthened that notion.

Caps and G2 will return to the LEC stage on Saturday, Jan. 28 for a matchup with SK Gaming.