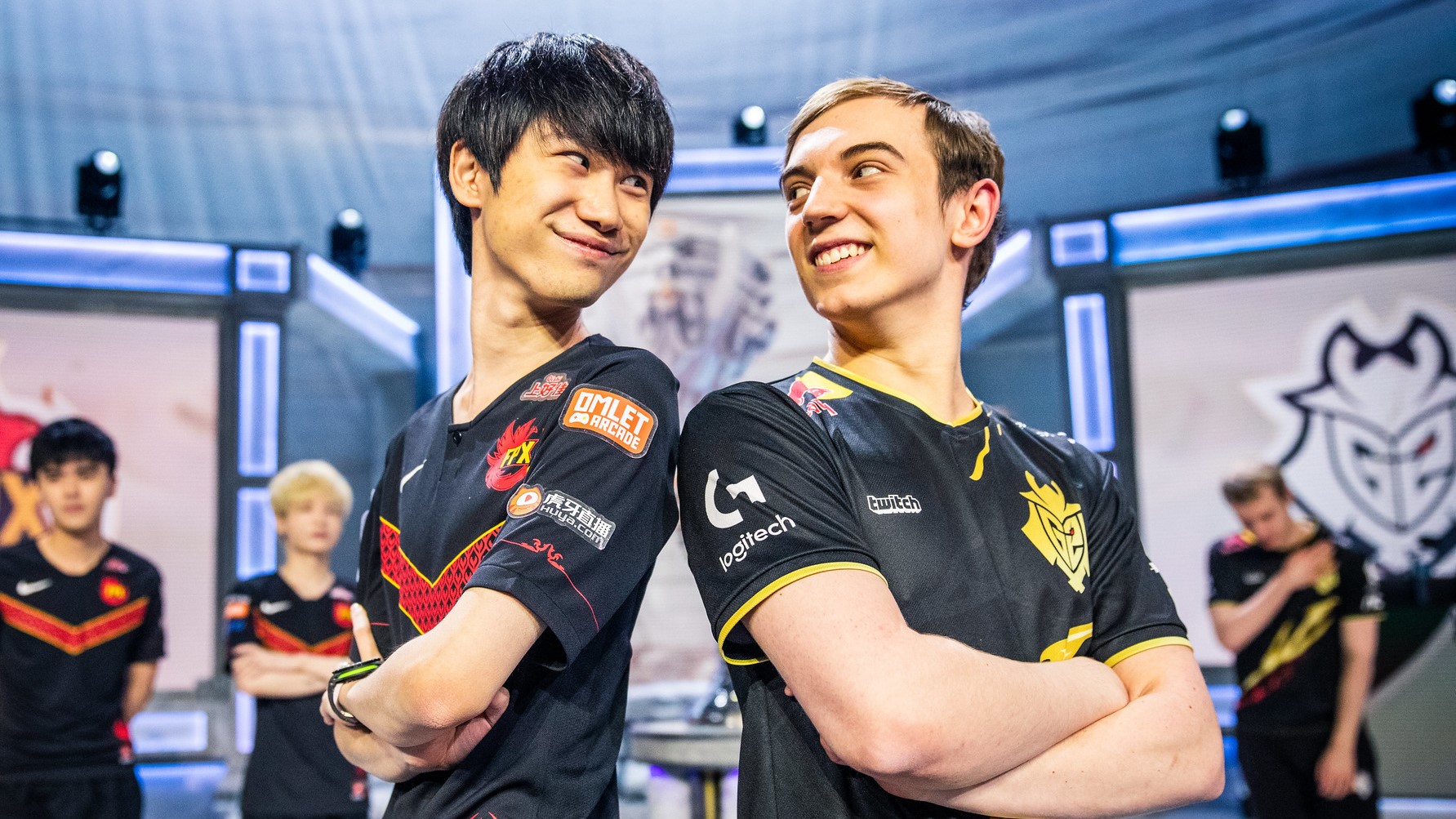 When people think of Paris, they can imagine the delightful smells from quaint little cafés, beautiful architecture, and the Eiffel Tower glimmering in the night sky. This weekend, however, esports fans in the City of Lights—and around the world—will have their eyes set on G2 Esports and FunPlus Phoenix when they battle for the Summoner’s Cup.

Bonjour, League of Legends fans. Welcome to the 2019 World Championship finals. Whether you’re rooting for the kings of Europe or cheering for the rulers of China, this series promises to be a fitting end to what’s been an amazing Worlds so far.

Like a well-written book, there are so many storylines that can be fulfilled this weekend. Will G2 live up to the immense expectations that have been placed upon their shoulders and complete the team’s first grand slam? Or will FPX derail the dreams of a Western champion and solidify China’s reign by taking the throne for the LPL?

In the 2018 offseason, former mid laner Luka “Perkz” Perković took a big gamble by switching off from his main role to play AD carry and make room for star and rival mid laner Rasmus “Caps” Winther. It was a risk that he was willing to take in exchange for incredible success, that in the moment, wasn’t promised.

“He was my rival, my biggest competition, the only person I was looking to beat,” Perkz said in his recent DUOS interview. “But winning is more important than being the star.”

We now know that this risk has paid off tenfold. With more firepower than any other team in their region, G2 Esports are on the cusp of winning almost every major event that they’ve gone to in 2019—and the Summoner’s Cup is within their grasp.

This situation also exemplifies why G2 have become the juggernaut they are today. This entire roster has successfully mastered the art of finding their limits and executing high-risk plays. Whether they’re massively ahead or behind, G2 know exactly how to react without overreaching. Once they’re in the right position, they take the plunge and strike with everything they have.

Players always look for the ideals in League—an ideal teamfight, an ideal splitpush, an ideal composition. Yet most pros know that ideal situations never occur at the highest level of play. Instead, teams must know how to immediately respond to whatever might come their way. Mistakes are inevitable and nothing is ideal. It’s how you regroup, minimize your mistakes, and strike back that separates good teams from the best teams. And this is why G2 are representing Europe in the region’s biggest match.

On the other side of the Rift, G2 will have to figure out how to handle the unpredictable, rapid-fire style of a high-level LPL team like FPX. This team, fresh off their victory over Invictus Gaming, has shown that they have one of the most powerful duos in the world with talented jungler Gao “Tian” Tian-Liang and superstar mid laner Kim “Doinb” Tae-sang.

Like SKT, FPX have had one of the strongest early games of any team at Worlds because of Tian and Doinb’s incredible map movement and game knowledge. But the biggest difference between those two teams is that FPX are willing to tousle with their opponents and force fights at almost any stage of the game.

We’ve seen G2 launch comebacks from incredible deficits with amazing decision making and smart macro play, but FPX will be quite liberal when it comes to pulling the trigger on possible game-winning teamfights.

This was one of SKT’s struggles during their semifinals matchup. Even though they had huge leads, they could never break G2’s inhibitor line. Whether it was simple hesitation or not being able to find the opening they needed, their inability to close out games gave their opponents enough time to punch back.

FPX and G2 are quite similar with how flexible their players can be. Their ability to adjust to ever-changing environments will be tested since both teams have shown great creativity with their drafting, strategies, and ability to adapt. Even though G2 might be the favorite, we shouldn’t underestimate what FPX’s quick-moving lineup can do in crunch time.

Strength in mind and spirit

This matchup will ultimately come down to consistency and keeping a strong mental attitude in the face of adversity. Both teams have shown incredibly powerful highs and equally disappointing lows, but this is why we can see G2 taking this matchup in the end.

G2 had almost no business winning some of those games against SKT and yet they were able to pull it off every time. No other team in the world could even think of going down against SKT and hope for a comeback. No other team could take one Baron throughout the whole series and still come out on top. Only G2—with their incredible mental fortitude and macro plays—could have gone into that abyss and managed to battle their way out into the light. Now imagine thousands of frantic European fans chanting their name as they take the stage. How could they lose?

Most fans have made their decision on G2 with utter confidence, but they can’t help but hear a voice in their head whispering that Doinb is the super carry and Tian might be the best jungler in the world. Every G2 fan in the world still has that inkling of doubt in their head saying, “Maybe they could lose?”

But that’s what’s so great about this year’s finals. Every team in the semifinals had a genuine chance to win it all and the last two teams in the tournament had to gather everything within themselves to make it to this final showdown. There isn’t a surefire favorite, which is exactly how the finals should be.