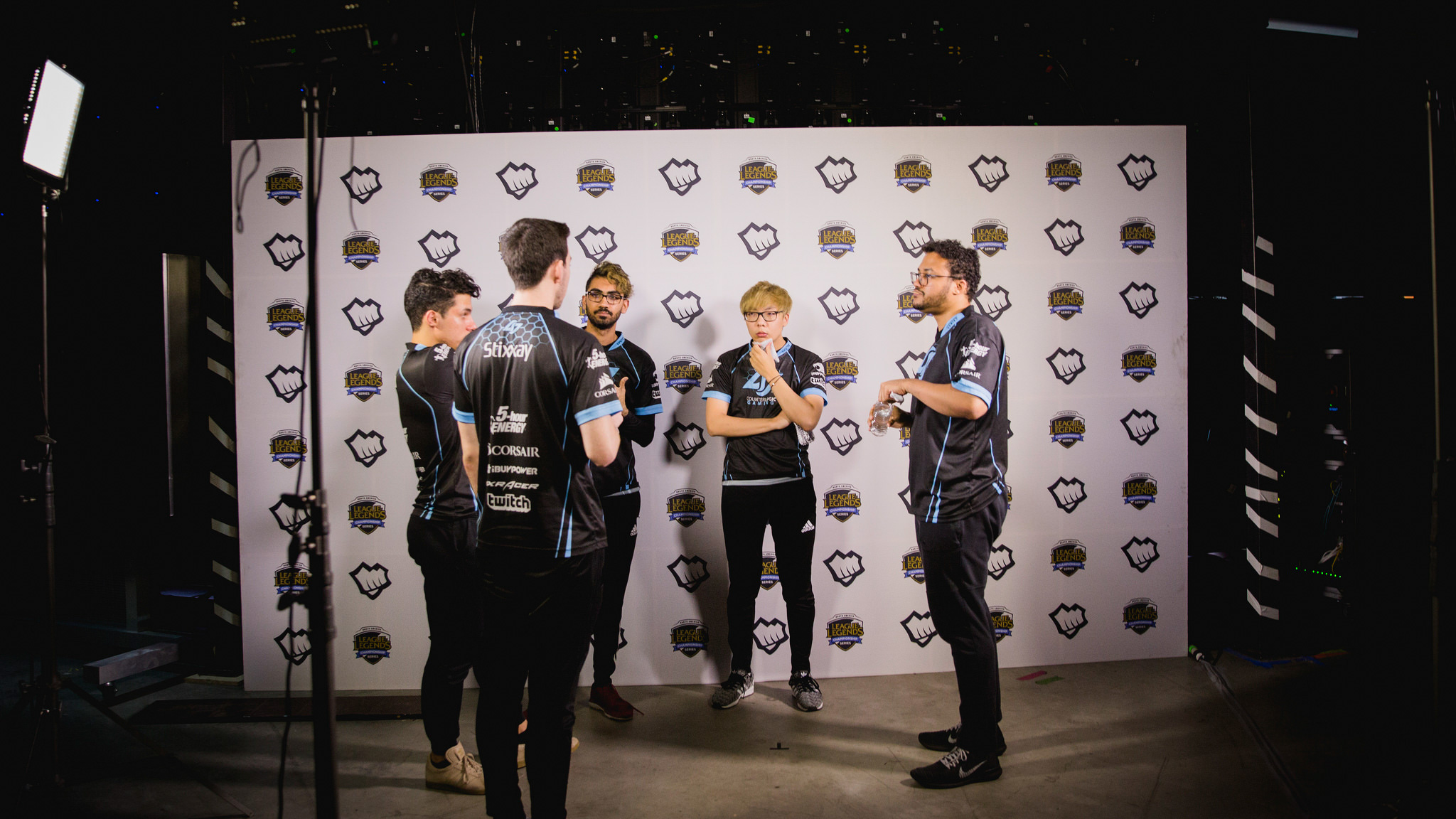 This split has been a strange one for CLG.

It’s normal for CLG to start the split a bit slow as they figure out the new season’s meta. They usually go through a lull in the middle, which spurs a moment of introspection. After tightening their strategy around their core splitpush identity, they often go on a run that carries them through the playoffs.

But this split has been different. They went in wanting to start faster—both in terms of the split and in the games themselves. So they traded longtime jungler Jake “Xmithie” Puchero for young hotshot Josh “Dardoch” Hartnett.

For a while, it worked. CLG was starting games stronger. And they were closing them, too. After indifferent starts from spring finalists TSM and Cloud9, CLG shot to the top of the power rankings.

But instead of improving as usual, they faltered as the split wore on. The behavior and teamwork issues that have plagued Dardoch since his LCS career began continued, and he was sent packing. In his place came a rookie jungler, Omar “OmarGod” Amin, right before playoffs and a first-round matchup with Team EnVyUs.

Do CLG have enough in the tank to survive against EnVyUs and advance?

All eyes will be on OmarGod in this matchup. Despite the reference to a deity in his name, he is not immortal. Nobody knows how he’ll react to playing a best-of-five on the playoff stage. And the fact that he’ll be facing Nam “LirA” Tae-yoo only makes it worse.

LirA is one of the best junglers in the league, and rightfully earned some consideration for MVP last split. And that was when nV was playing the worst of any team. Now, they’re playoff material, after finding some semblance of stability in the mid lane.

LirA’s numbers have fallen off, however, which caused a major hit to his support among award voters. His first blood percentage has fallen from first in the league to nearly last. But that doesn’t mean he isn’t having a huge impact on the early game.

Related: The best and worst from the NA LCS first team announcement.

LirA’s early pathing has led to fewer kills this split, but that doesn’t mean he isn’t consistently taking advantage of his enemies. But nV’s lane phase as a whole has leveled up this summer. In particular, ADC Apollo Price and support Nickolas “Hakuho” Surgent have played an extremely aggressive lane.

Apollo actually leads all NA ADCs in CS differential at 10 minutes, and he leads by a mile. That pressure has given LirA easy access into the opposing jungle to take camps away. With camps slower to respawn this year, that has given LirA big experience advantages in the early game.

That strategy is exactly what got nV a surprising win over Cloud9 in the middle of the split. Apollo shoved in Zachary “Sneaky” Scuderi and gave LirA access to C9’s red side jungle. LirA kept track of C9 jungler Juan “Contractz” Garcia’s camps from an encounter in the top lane, and guessed where Contractz would be.

Getting the level up while all of Contractz’s camps were down was big, but burning his flash was even bigger. LirA somehow became the stronger early game jungler despite playing Gragas into Contractz’ Elise—the best early game jungle champion in pro play.

Meanwhile, on CLG’s side, OmarGod is still acclimating to his team. Little mistakes like this one against Phoenix1 don’t mean a ton on their face.

OmarGod found first blood on a countergank in the bot lane a few minutes later. And the fact that CLG failed an early fight over the Infernal Drake wasn’t really his fault.

But over the last few weeks, OmarGod has mixed great performances with mediocre ones. We just don’t know if he’ll be ready for LirA’s pressure. EnVyUs aren’t always the most coordinated team, but the easiest way to play is to splitpush, farm up, and avoid fights until ahead. That’s something they’ll try to execute against CLG.

Who will get top lane priority?

We can assume, given their recent playstyles, that CLG will probably go even in mid lane while giving up some pressure on the bottom side. That means they’ll need to win in the top lane to avoid ceding the map to LirA.

Top laner Darshan Upadhyaya has the best single matchup for CLG, going against struggling nV top laner Shin “Seraph” Woo-yeong. Seraph has looked lost on anyone other than his signature Jarvan IV, and while Jarvan remains meta, he can be punished. Darshan’s form has improved this split, and as a result, his name shows up all over the awards ballots.

CLG should look to support Darshan and get him going on a splitpusher. One of Darshan’s weaknesses is his over-eagerness to teleport into fights with the noble goal of helping his team. But CLG still misplay even with their top laner—sometimes he can help his team more by getting cross-map objectives.

CLG’s duo lane has learned to be self-sufficient, and giving Darshan attention from jungle and mid should make him unstoppable come late game, when Jarvan’s damage falls off. Finally, CLG are best as a splitpushing team—they should buy back into that mentality.

CLG made a bold move this split to shake things up, and even though things didn’t work out quite as expected, the thinking was sound. This team needed something fresh. They now have that in OmarGod. If they can combine him with their formula that’s worked before, CLG shouldn’t have much trouble with nV.

All photos via Riot Games, stats via Oracle’s Elixir and Games of Legends.