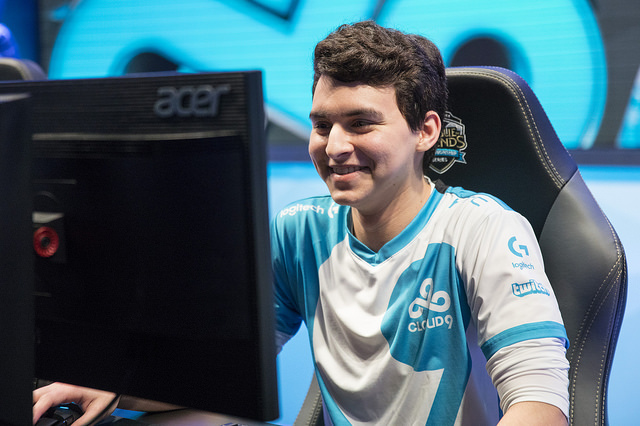 Cloud9’s Juan “Contractz” Arturo Garcia didn’t just make an impression in his LCS debut. He blew away all expectations, and showed himself to be a force to be reckoned with.

Contractz was the last cut from the Players to Watch list we wrote before the League Championship season. We weren’t sure how much priority Cloud9 would give him, especially with so much talent elsewhere on the roster. Still, we felt uneasy–someone not on the list was almost guaranteed to break out.

We just didn’t know that it would happen in the very first series.

In a rematch of last summer’s LCS Finals, Cloud9 and TSM clashed on the rift. And despite the star power that this matchup brings, much of the focus was on Contractz. He was a major focus for C9, almost a win condition in themselves.

Let’s see how he did it.

Due to the changes Riot made to the jungle in the offseason, priority has risen for junglers. More experience and more ganks means a good jungler can more easily carry a game. Cloud9’s coach, Bok “Reapred” Han-gyu talks about priority all the time.

Priority is a League term that indicates which lane has a strong matchups and should be a focus for jungle ganks. The player or lane with priority gets earlier picks and more attention from the rest of the team.

In a bit of a role reversal, C9 picked jungle to have priority in game one. That meant C9 players actively played around Contractz’ Kha’zix and made plays to get him ahead. In one telling instance, AD carry Zachary “Sneaky” Scuderi burned his Ashe ult so that Contractz could invade and secure red buff.

How would TSM react in game two?

Cloud9 continued to give Contractz priority by first-picking Lee Sin for him (only one jungler, Rengar, was banned). This time, he lived in TSM’s red side jungle, playing around pressure from Jensen and top laner Jung “Impact” Eon-yeong.

For much of the series, Cloud9 exhibited superior team play and coordination, and Contractz was at the center of big plays. He is an aggressive, carry-oriented player and C9 enabled that aggression extremely well. Even when TSM jungler Dennis “Svenskeren” Johnsen and the rest of the team was there, it was often C9 making the right moves, faster. Following a decent TSM dive in the bot lane, Contractz responded with kill after kill.

It’s still very early in the season, but this team has come together very fast. Their communication was superb as was the shot calling. TSM had poor performances from Turtle and Svenskeren, but this victory was still more about C9’s macro-oriented team play, rather than individual performances. They will have chances to come back, just like C9 will have to keep their play high by continuing to aid their jungler.

Contractz just dominated what was the best team in NA. Keep this performance up, and he’ll find himself on another one of our lists: the end of split awards.