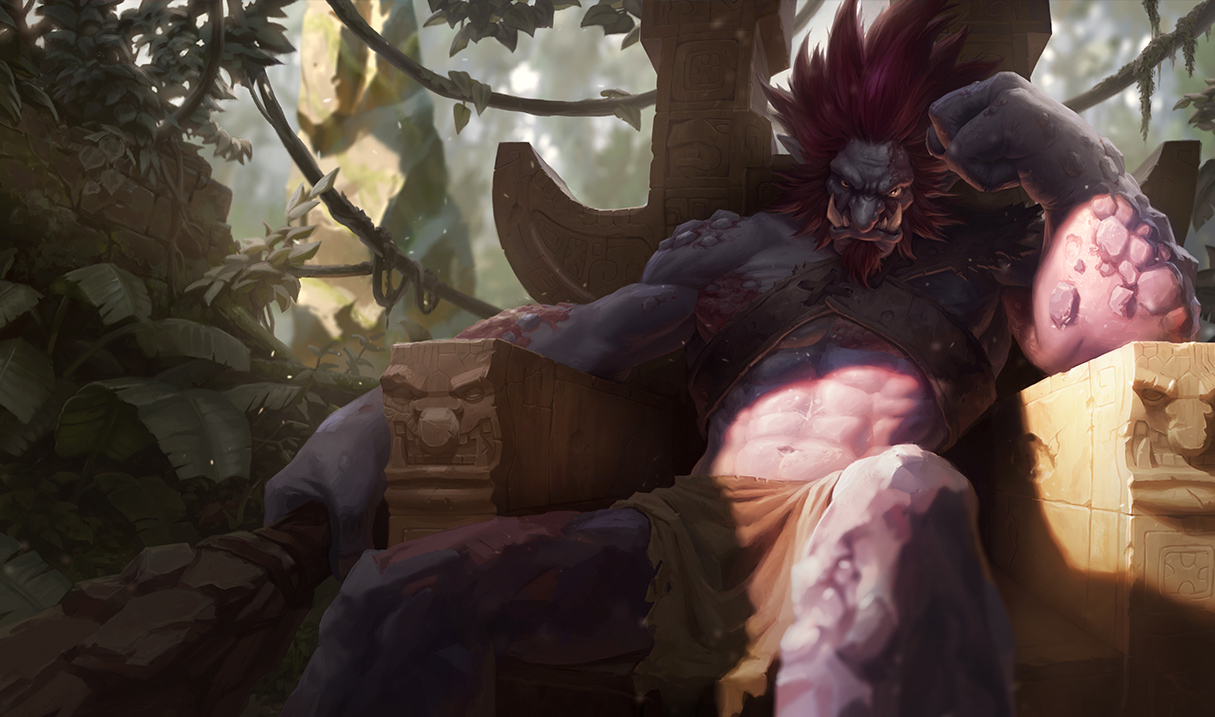 Trundle and Shaco are going to be the recipients of some major buffs in League of Legends’ next patch, according to the latest PBE update, and they both definitely need it.

Though the troll and clown both need some tender loving care, they require the attention for very different reasons. For Trundle, he’s underplayed and underpowered, and he falls short even in situations that he should excel in, so he just needs some flat buffs to accentuate his strengths. Shaco, on the other hand, isn’t weak, but he isn’t being played as he was designed. He’s supposed to be an AD assassin, but right now, he’s more powerful as a bruiser tank and sometimes even as an AP assassin. No matter the reasons, these incoming buffs are going to affect the meta more than anyone realized when they were announced yesterday.

Remember how annoying laning against Fiora, Yasuo, Riven, and Gangplank is? Remember how difficult it is to play against any of them even with their supposed counterpicks? They’re bad memories, we know, so we won’t make you relive them much longer. Now imagine if you had one champion that was the perfect potato in the AD skirmisher’s tailpipe. Say hello to the new Trundle.

Trundle’s Chomp (Q) does this cool thing where if you hit a champion with it, it removes 10 AD from them and gives you double that for a few seconds. 10 AD isn’t enough to counter big AD top laners, but what about 20? That’s right, Trundle’s Q is now going to drain 20 AD at rank one when used on an enemy champion, and that amount will increase by five with each rank of the ability.

20 AD is a lot of AD, especially in the early stages of the game. To put that into perspective, with runes and masteries, a Fiora usually starts the game at about 70 to 80 AD, depending on your build. That means at level one, Trundle’s Q takes away about 25 percent of her damage, and it only gets worse as it’s ranked up. Top lane skirmishers aren’t all that Trundle will be happy to beat down, either. If he’s jungling and he counter-ganks an early game powerhouse like Lee Sin, one Chomp to Lee just made him a lot less effective.

That’s not all. The health regeneration boost on his Frozen Domain (W) is being increased across the board by five percent, so that means more sustain in lane, and more sustain in the jungle. These buffs will dial up Trundle’s power so much that he’s probably going to see a lot more attention both by picks and by bans.

Shaco has become quite the oddity. He’s traditionally been a strong AD assassin pick for solo queue, but this past year has seen him transform into both an AP assassin and a tank bruiser when players realized both of those paths were more effective on him. Unfortunately, that’s not terribly healthy, so Riot is going to take a whack at whittling away his non AD power while helping him shine where he was designed.

The base damage on his Two Shiv Poison (E) is being increased at early levels significantly, and the total AD scaling is being replaced with a bonus AD scaling instead. The bonus AD scaling is actually much higher than its total AD counterpart, meaning it will do much more damage, but only if Shaco actually builds AD items. That being said, it also deals up to 50 percent bonus damage if the target’s health is low enough, rather than the flat three to eight percent missing health damage it deals now.

Let’s do the math. With a Warrior enchantment (60 AD), an Infinity Edge (70 AD), a Lord Dominik’s Regards (50 AD), and a Guardian Angel (40 AD), Shaco’s Two Shiv Poison will deal a whopping 620 damage at max rank. Shaco’s E is on a very low cooldown, so that’s a scary number. This may be all Shaco needed to bounce back into the meta.