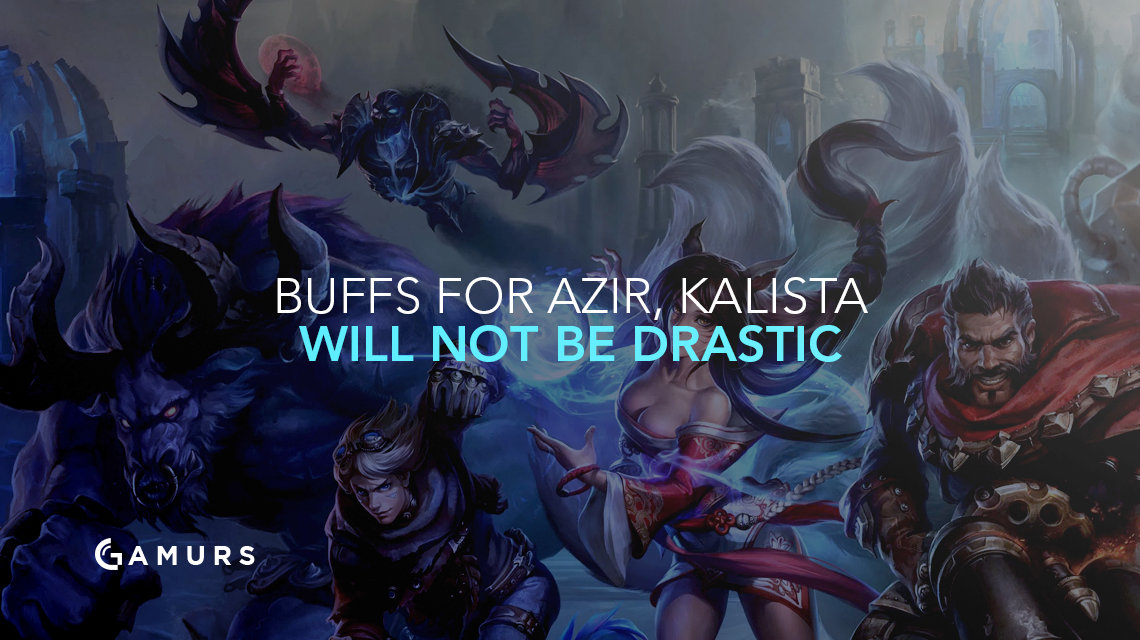 Axes, a Riot Games System Designer, has been commenting on the recently revealed buffs coming to Azir and Kalista and telling fans not to expect something drastic to come in the future.

Speaking here, he goes onto say that;

“For champions like Kalista and Azir, buffs make them overwhelming in pro play / extremely high elo play before they become fair for regular play (ranked and normals). Even small changes are pretty risky.

That said, I think we’ve swung too hard in some of these cases, so while we probably can’t buff them to be fair for regular play, we should be able to at least make things a bit better for the stalwarts who’ve stuck with them this long.”

It seems that while we can expect something to come in the future regarding these champions, they cannot be given something drastic or huge or else they would be too overpowered for the competitive scene.

Would you welcome Azir and Kalista changes? Let us know by commenting below or tweeting us @GAMURScom.