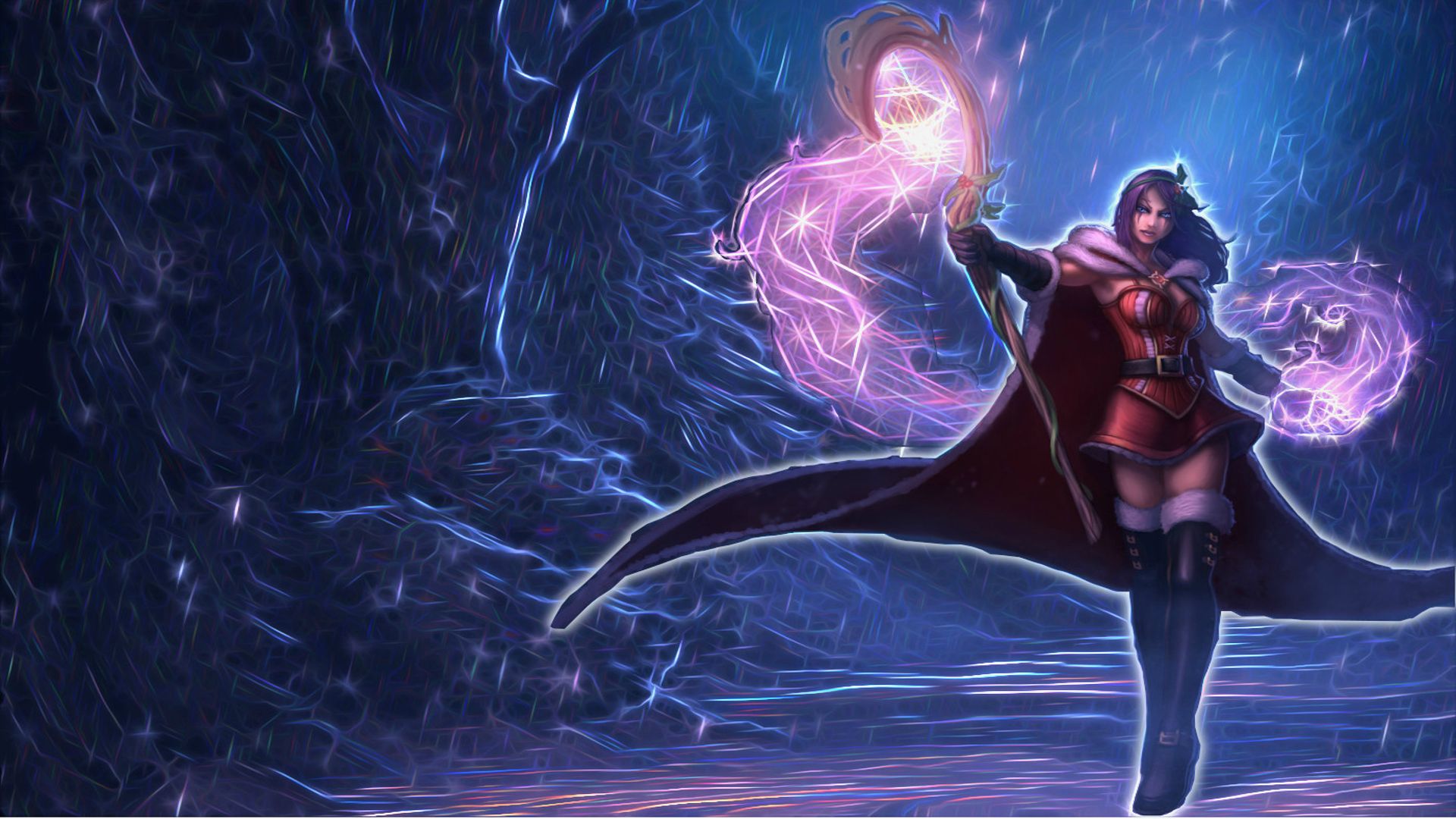 If you’ve played Solo Que within the past two weeks, odds are you’ve run into top AD Leblanc and gotten crushed. If you’re looking for someone to blame, look no further than KT Rolster Top Laner, Ssumday, and Former Samsung White Top Laner, Looper, who have been terrorizing Korean Solo Que with the pick for about a month now. The question is, why now? What is it that makes Top AD Leblanc such a good pick in the current meta?

The answer to that question is complicated. The Top Lane Meta has historically been limited to 3-4 overwhelmingly powerful Champions, with every other pick being anywhere from sub par to utterly unplayable. The current Meta is heavily dominated by melee Champions. Recent OGN Pre-Season games have included Gragas, Maokai, Jarvan, Sion, Kassadin, Dr. Mundo, Rumble, Renekton, Jayce and Lissandra in the top lane, with Rumble and Maokai standing as the two most popular picks. That’s a level of melee domination unseen since last Spring when Renekton, Dr. Mundo, Shyvana, and to a lesser extent, Rengar, dominated the meta. Each of these Champions has a gap closer. Against most Champions, possessing a gap closer is an advantage. Against Leblanc, it ends up being a disadvantage, especially if you’re a melee champion. It all comes down to the unique design of Distortion that allows you to return to the location you distorted from. This allows you to escape and engage, and then jump back in for some free harass when your opponent backs off. That alone wouldn’t necessarily be enough against a traditional lane bully like Renekton. Leblanc is still a mage and her base defensive stats are mediocre. This makes her vulnerable when she does get caught. It’s the combination of Chains of Corruption and Distortion that make Leblanc such a power pick in the top lane. Chains of Corruption allows Leblanc to keep any Melee opponent at arm’s length, within her own attack range but outside of theirs. The combination of Distortion, Chains of Corruption and Mimic make Leblanc nearly impossible to gank or kill in lane.

That brings us to our next question. Why AD? For starters, Leblanc has the 6th highest base AD among Ranged Champions in the game and higher than every traditional ADC. She also has the 2nd highest AD scaling among ranged Champions in the game, behind Urgot and tied with Morgana, Jayce, Draven and Nidalee. The lack of AD scaling does little to limit her damage, as the low cool down of Sigil of Malace makes Trinity Force an ideal choice. Especially since an early Sheen gives her AP for additional damage from her abilities. The Trinity Force build path is a must since Leblanc’s base attack speed and attack speed per level are mediocre.

In short, Leblanc’s unique set of skills, combined with higher than expected Base Stats, and a Meta that’s dominated by Melee Champions makes her an excellent pick for the top lane.

Ignite- You could make an argument for Teleport, but Ignite has been the popular choice here as Leblanc’s strength is in his bullying potential.

There’s a large variety of Runes that can be used with AD Leblanc. Ssumday typically runs Attack Speed and AD Runes, but I prefer Looper’s approach that utilizes Mixed Penetration Marks. In parenthesis you’ll find the preference of specific players, and in Bold you’ll find the recommended choices for AD Leblanc.

The above combination gives you a great mixture of Early Game Power. The Hybrid Penetration Runes combined with Flat AD Quints and Flat AP Glyphs should allow you to dominate the laning phase, which AD Leblanc needs to do to scale into late game.

In order to maximize damage on AD Leblanc it is necessary to invest heavily in the offensive tree. Blade and Spell Weaving are excellent choices for AD Leblanc as she deals a lot of mixed damage. Along the way we also grab more hybrid pen, additional base AD and AP and Dangerous Game, the best Mastery around. With 4 points to spare, the best remaining options are enhanced recall and increased mana regeneration.

Purchase Boots of Speed early, but wait to upgrade until after finishing Trinity Force.

The most common build in Korean Solo Que has been the Bruiser/Tank build, with Static Shyv being purchased early to help with Leblanc’s mediocre wave clear.

Standard ADC Build. My personal favorite, but likely only viable in solo que.

In this role, Leblanc operates as a mid fielder, pivoting between damaging the enemy and peeling for the ADC using Distortion to maneuver within the center of the team fight for maximum flexibility. Arguably viable in competitive play. Also works exceptionally well in pick comps.

AD Leblanc is a lane bully. Her high base AD, and relative safety means that you should be harassing your opponent whenever possible. Your standard attack pattern should involve rotating auto attacks in between Sigils of Malice once you pick up Sheen, and then once your opponent backs off the wave from the harass, use distortion to jump across it to land Chains of Corruption.  This should give you enough time to land a few auto attacks, and then drop ignite to finish off your opponent.

When engaged upon, distort back for safety, and then cast Chains of Corruption if there are no minions in the way. This will allow you to return damage effectively while minimizing risk. When the enemy backs off to their side of the wave, jump back to your previous location to land a few more auto attacks. This is the crux of AD Leblanc that makes her such a good match for Tank/Bruisers with engages. Most Gap Closers only let you go one way, so once the enemy engages they are forced to stay or walk back. Distortion allows you to do what the opponent cannot, jumping in and out, and back and forth, significantly lengthening your window of opportunity. In short, Distortion all but eliminates your opponent’s ability to engage on you effectively. This is an advantage AD Leblanc holds over AP Leblanc. AP Leblanc needs Distortion to maximize damage, while AD Leblanc is free to use it for Utility.

AD Leblanc excels as a split pusher. Distortion provides easy wave clear, especially when combined with Static Shyv, while also providing nearly guaranteed safety. Rarely will there be a situation where Distortion and Mimic aren’t enough to allow you to escape, regardless of how many enemies are coming for you. AD Leblanc’s hybrid damage and maneuverability make her an exceptional duelist against a variety of opponents, which further enhances her split push capabilities.

When it comes to Mid-Game Team Fights, Leblanc should be positioned like a Mid Fielder, between the front Line and the back line. This should allow you to assist wherever needed, whether it’s picking off an enemy that gets too close to the front, or peeling for the adc if they get dived upon.

AD Leblanc’s role changes as the game gets later. Leblanc can 1v1 most ADC’s with ease throughout the mid game, but a full build Traditional ADC will likely demolish you end game if you try to fight straight on. Keep in mind that Leblanc’s Range (525) is on the low end when compared to traditional ADC’s, so the same tactics with Distortion and Chains of Corruption that worked against your top lane opponent will not work against the enemy ADC. This is why most Korean’s Solo Que players are choosing the Tank/Bruiser build path, as it allows you to stay relevant in the late game. Effective damage, especially against Mages, without the vulnerability to the enemy ADC.

AD Leblanc hits a lot of the talking points for a good top laner. She has a strong engage, effective C.C., exceptional mid game power, with a strong lane and multiple effective build paths. The only thing really holding her back atm is pigeonholing. It’s difficult for many players to accept a change in a Champion’s identity. We saw a lot of this in Season 4 with popular Support Champions like Karma and Lulu moving into carry positions, while their ADC brethren began to invade the mid lane. It’s the early adapters to these Meta changes that are able to get ahead. As you can see on the popularity graph above courtesy of LoLKing, Leblanc has seen a rise in popularity over the past two weeks. Starting at seven percent of games played and peaking at twelve percent. So people are beginning to take notice.