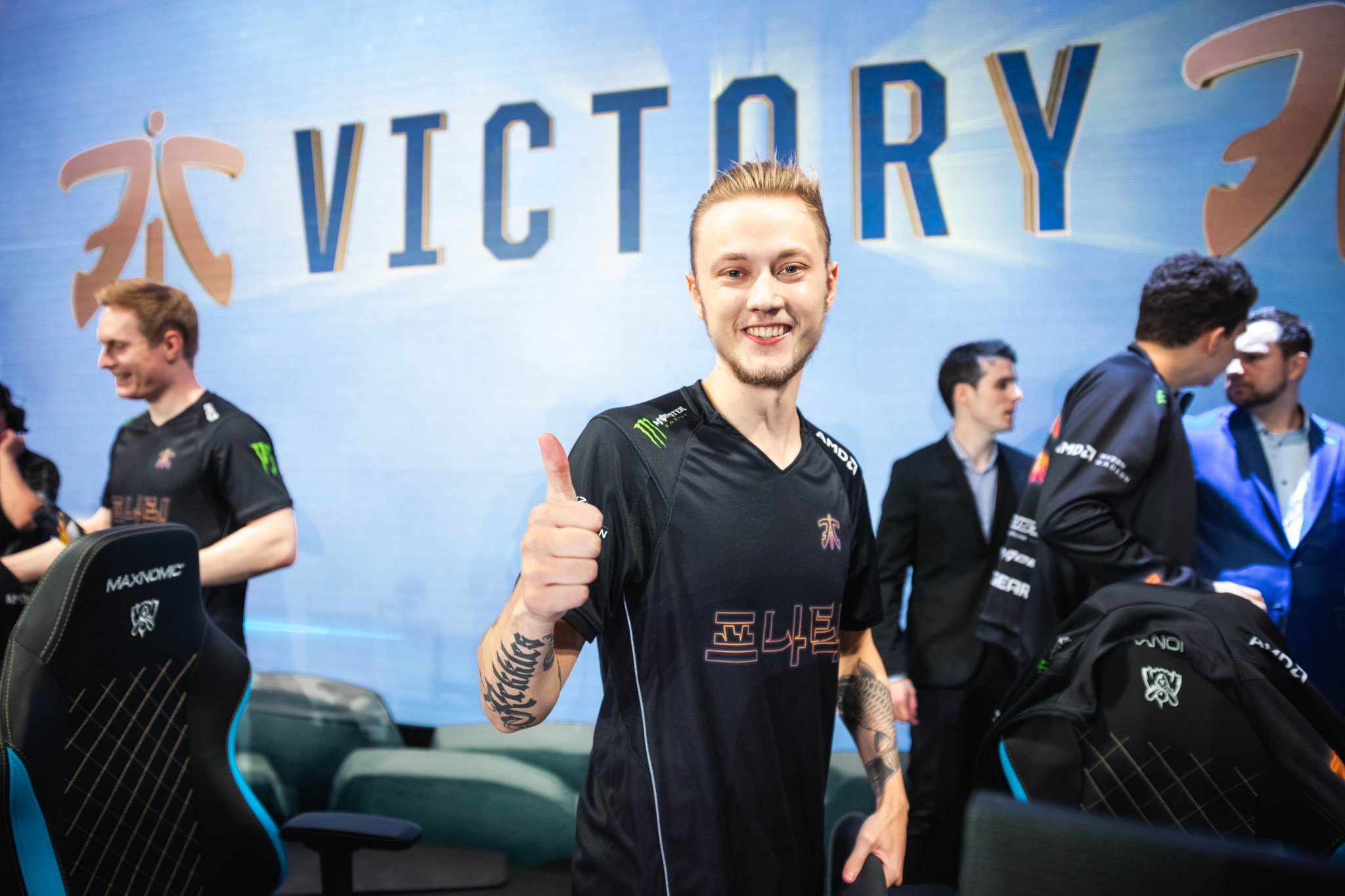 Well, can’t say we ever imagined we’d be having this discussion, but after last weekend at the 2018 League of Legends World Championship, it’s time to dream. Three LCS teams advanced to the Worlds semifinals, meaning there’s only one non-LCS team still in the running for the championship and bulk of the prize money, and that means this discussion is less of a dream and more of a probability.

Two teams from the EU LCS, G2 Esports and reigning regional champions Fnatic, and one NA LCS team, Cloud9, have moved onto the next round. This weekend, they’ll face off with each other and Invictus Gaming, the LPL’s second seed team, to see who will make it to the finals. If you’re just entering this year’s Worlds hype, or you’re unfamiliar with anything recent in the League esports scene, this may seem like some sort of fever dream to you.

After all, there hasn’t been an NA LCS team this close to the trophy in seven years, and the last semifinals run we saw from EU was in 2016 from H2k-Gaming. To have both regions there now? Blasphemy. And yet, it’s not. Don’t believe us? Go check out the official standings.

And now, for the first time ever, let’s break down the likelihood of an all-LCS finals, either between Cloud9 and G2, or Fnatic and G2. Boy oh boy, that feels really strange to even think about.

As much as we’d love to put on the rose-tinted glasses and join into the hype-fueled “Western Worlds” conversation, there’s one big, white-and-black-colored problem from the LPL standing in the way. While it’s easy to overlook Invictus Gaming given the results of the quarterfinals, they’re still a force to be feared by any team still standing at Worlds, particularly G2 Esports.

First, let’s talk about why they’re being overlooked. IG isn’t a bad team, by any means, they’re just the only Eastern team standing in the way of the all-LCS Worlds dream that has swallowed any and all other storylines at the tournament. It’s easier to put them out of our collective minds than take a deep look at their chances, too. And, unfortunately for LCS fans everywhere, those chances are really good.

You don’t have to dig very deep for evidence, either. All throughout the Summer Split, Invictus completely dominated the LPL. They finished the split 18-1, with their only loss going to RNG during the third week of the regular season. Otherwise, they beat RNG, and every other team in the region for that matter, without much of a worry. The only reasons RNG were favored above IG at Worlds (which didn’t exactly work out for RNG) were that RNG beat them in the LPL finals and were much more experienced as a roster.

Up until the LPL finals, however, IG were the team to beat—maybe the second-best team in the world. And that showed when they took down the LCK’s KT Rolster, who were considered by many to be even stronger than RNG, last weekend in the quarterfinals. In case you’re curious, KT Rolster were who we considered to be the best team in the world before the end of the split.

Was it earned, or was it luck?

The most important question to consider when weighing Invictus Gaming against their opponents, G2 Esports, is, “Was G2’s win over RNG skill or luck?” In other words, did G2 earn the win, or did RNG throw the series? The answer, like most similar questions in League esports, isn’t so black-and-white. There’s plenty of grey area, especially here, because the truth is a little bit of both.

G2 played uncharacteristically great. There’s no doubt about that at all. Bot lane carry Petter “Hjarnan” Freyschuss proved that he’s more than just a Heimerdinger bot with big picks like Varus and Jhin, both of which paid off in incomparable ways. Marcin “Jankos” Jankowski didn’t play Camille even once, and hopefully won’t in the semifinals.

Kim “Wadid” Bae-in saved more people than a firefighter. And the clinic that mid laner Luka “Perkz” Perković put on display was nothing short of awe-inspiring. Nothing anyone can say about the series can take away from any of those facts.

But even considering G2’s performance, we can’t deny that RNG also weren’t themselves. Except, unfortunately for them, while G2 played uncharacteristically well, RNG’s performance was uncharacteristically poor. Seeing a team with such a strong roster, one that was among two teams favored to win Worlds, freeze in the face of an EU bulldozer was definitely a little disheartening. It’s not unheard of, though. After all, the pressure and expectations riding on the shoulders of the legendary Jian “Uzi” Zi-Hao and co. couldn’t have been easy to handle. Not many players in the pro League scene, short of SK Telecom T1’s Lee “Faker” Sang-hyeok, can truly know how that feels.

Nonetheless, from what we saw last weekend, it seemed that IG had to earn their victory just a bit more than G2 needed to earn theirs. All that means for LCS fans is that G2 will have to step up a bit more to prove they’re good enough to match Invictus. It’s possible, but IG are still the favorites. That’s a loaded statement, though, because every favorite we picked at Worlds so far has already been knocked out, so who knows what will really happen.

We aren’t just saying that, either. If you happen to know something we don’t, let us know, because this has been the hardest Worlds to make predictions for in the game’s history. Please send help.