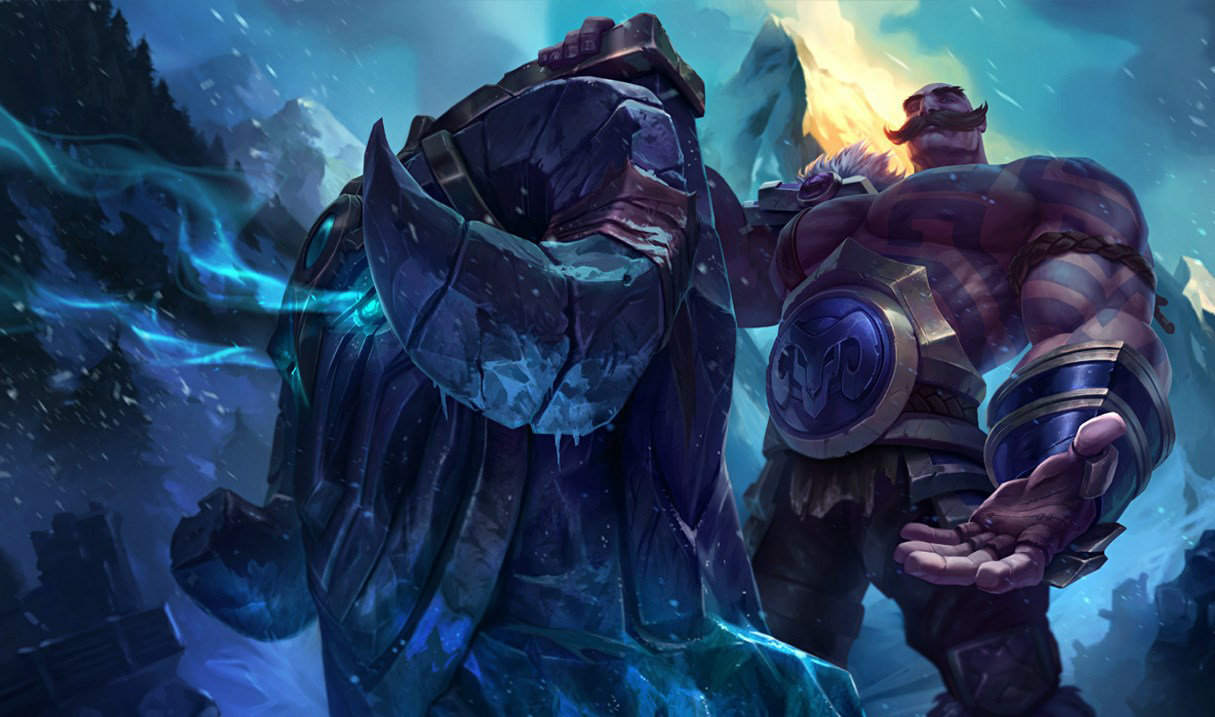 A series of champion adjustments, both buffs and nerfs, are expected to hit the support position in Patch 11.7, targeting some of the Rift’s usual suspects in the bot lane. Braum, Rell, Thresh, and Alistar are all in for some minor changes.

Braum, who has left much to be desired in solo queue in the past few months and has scarcely been picked in pro play since the start of the season, is receiving some welcomed changes in the next patch.

The devs are reducing the cooldown of his Unbreakable shield (E) from 18 to 10 seconds, to 16 to 8 seconds and increasing the max knock-up of his Glacial Fissure (ultimate) from 1 to 1.5 seconds to 1 to 2 seconds. These aren’t major changes and shouldn’t make a great deal of difference to the champion, but they should give him more of an opportunity to thrive, especially in the late game.

Rell, Thresh, and Alistar, on the other hand, have all exceeded expectations in solo queue and pro play and have had an overwhelming effect on the game.

Related: Everfrost gets damage and cooldown nerfs, Turbo Chemtank to have power shifted in League’s Patch 11.7

Rell and Alistar have been two of the most contested picks in the LCS and LEC spring regular seasons in 2021, behind only Kai’Sa in terms of games played in the regions. In the LCS, Rell has a 93 percent pick and ban rate according to League stats site Oracles Elixir.

In solo queue, Thresh and Alistar are among the top-performing champions in the support position with a 52 percent and a 51 percent win rate according to op.gg.

Again, these changes aren’t major, but they should help to balance out the bot lane meta, giving marksmen some more room to breathe.

Patch 11.7 is expected to hit the live servers on Wednesday, March 31. The patch preview is tentative and liable to changes.