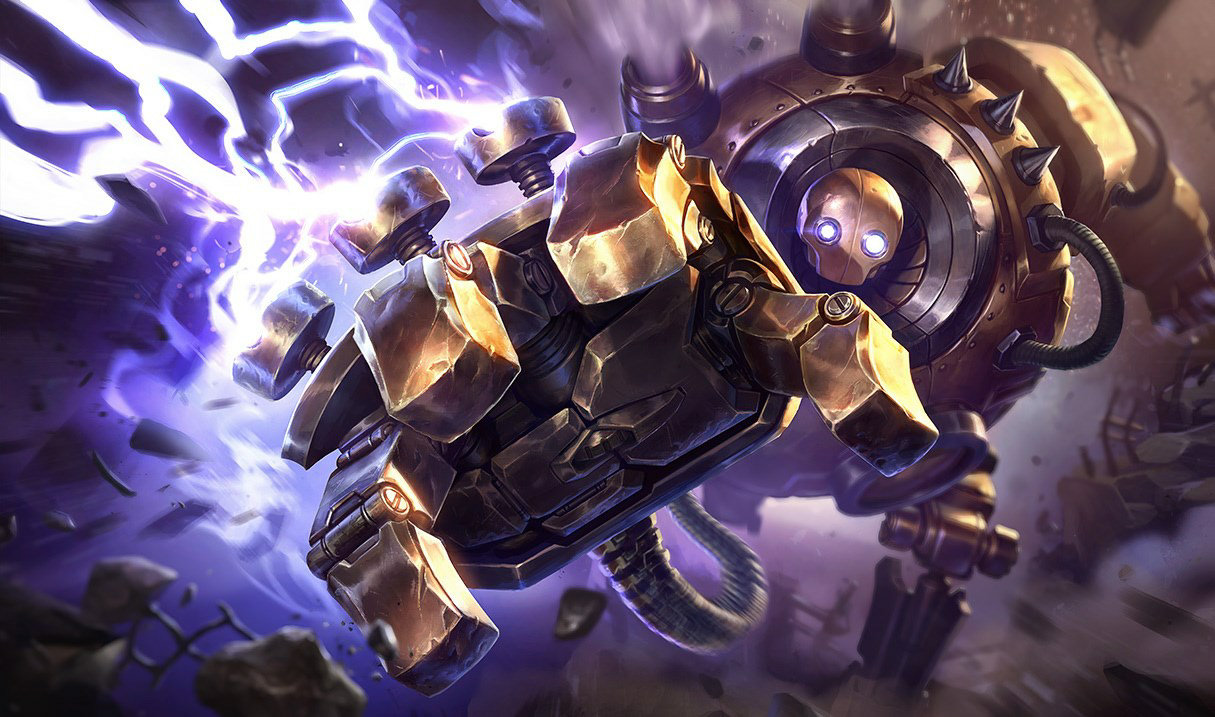 The One For All game mode in League of Legends is bringing the best creative ideas out of its players.

Five Blitzcrank players teamed up and created a chain to hook an enemy from his bottom lane tower to their tower to secure an easy first blood.

All five players positioned themselves at the distance of a hook so that once a player began the process, others can quickly follow up. Once the unsuspecting Skarner approached the bush, he was quickly hooked by the first Blitzcrank, who followed up with a knock-up to allow for an easier hook for the next in line.

The dream tactic was almost ruined by the fourth Blitzcrank, who left room for the Skarner to move away, but recovered well to hook him into place. Once he did, the fifth Blitzcrank hooked the Skarner in the tower, which finished the unfortunate Brackern off and net the Blitzcranks a creative first blood.

While this tactic can’t be repeated in the regular mode due to champion restrictions, potential plays can be made with other hook champions such as Nautilus or Thresh.