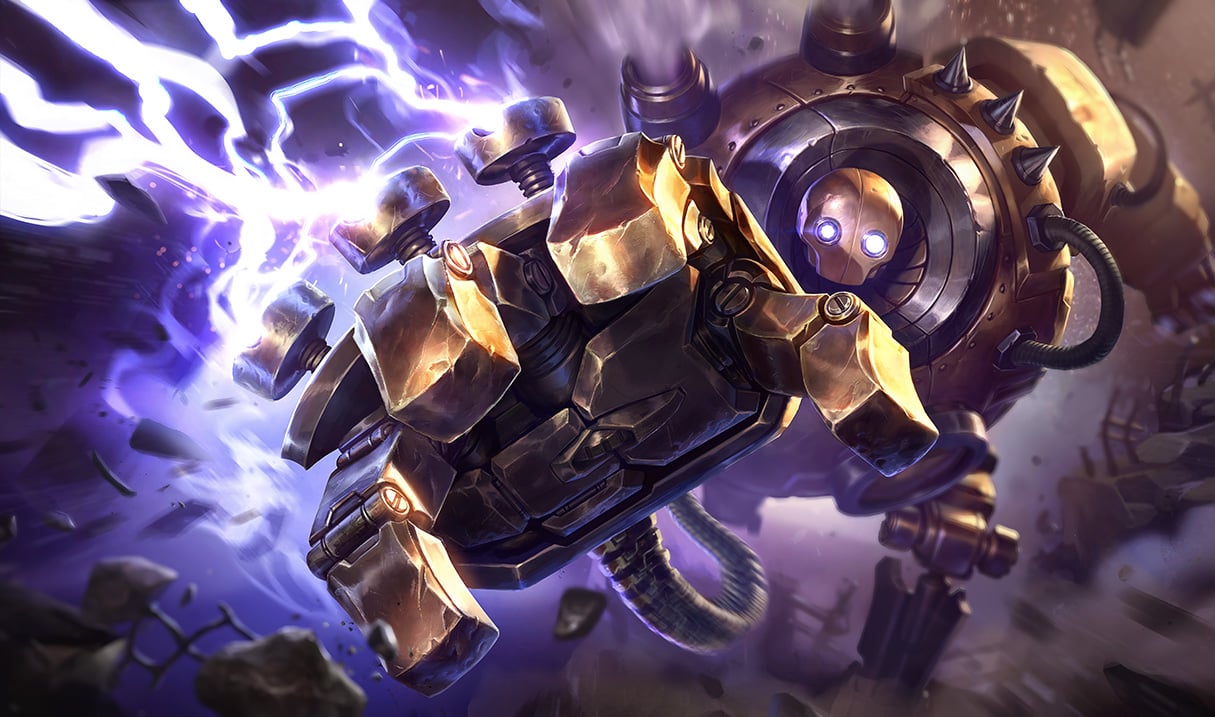 As League of Legends players, we all have two nightmares. The first nightmare is being paired up with a mid laner in solo queue named “xXOnlyYasuoXx,” because it’s scientifically proven that they’ll feed. The second is that Blitzcrank will rise up and take over the world, one autofill at a time. It looks like the second one is coming true.

Blitzcrank is suddenly seeing a lot of games, both in the professional scene and in solo queue. It’s hard to imagine that he could be played this much, considering it was mere weeks ago when Zyra, Lulu, Karma, and Malzahar were dominating the support role, but here we are. Blitzcrank is rising to the top everywhere we look, and it’s raised some interesting questions. Why is Blitzcrank so strong, and what happened to suddenly make everyone want to play him?

Let’s start with why he’s showing himself on the pro stage for the first time in a long time.

To explain simply why Blitzcrank is suddenly in the meta, it’s because he’s a play maker, and play making supports happen to be the strongest supports in the game at the moment. Some people may be asking, “If that’s why he’s being played, why wasn’t he played the last time play makers were in the meta?” To answer that question—play makers have never been in meta. Thresh has been strong choice before, but not the rest of the play makers. That’s because he’s so superbly strong compared to all other play making supports. Play makers as a whole have not been in meta, at least not for a very long time.

The sudden increase in Thresh, Rakan, and Blitzcrank being played isn’t because of dramatic buffs to each of them, though. The last meta of supports, shielders and damage dealers, were nerfed collectively, and that allowed this new meta to rise to power. Malzahar was turned into a mid lane powerhouse, and his support strength was almost completely stricken away due to nerfs to his Voidlings. Both Lulu and Karma’s shields were nerfed significantly, and the mechanics of Zyra’s plants were changed to make it harder for her to harass. This all happened over the course of a couple patches, and play makers rose to the occasion right after.

In professional play, Blitzcrank’s strengths are very one-sided. He’s typically picked when facing teams with enchanters like Lulu, Karma, or Janna. It’s hard for them to protect against damage when a Blitzcrank yoinks you or your ADC away and goes all in. When he’s against other play makers, like Rakan or Thresh, he’s a bit on the weaker side. For starters, if he pulls Rakan or his ADC, Rakan can actually use it to his advantage because of his kit. Thresh is just… Thresh. If you engage with a grab, he can counter-engage even harder.

In teamfights, Blitzcrank works extremely well if the team has some other form of initiation. If he lands a pull, that creates a great window for the rest of Blitz’ team to initiate a fight, but if he’s the team’s only form of initiation, his talents are wasted. Thresh and Rakan, however, can be all the initiation a team needs, so they can be picked in more situations. On team comps that Blitz can be picked effectively though, he’s extremely powerful, perhaps more so than the other play making supports. He has less strengths, but when the stars align, he has the potential to be unstoppable.

Golems are not lactose intolerant

Blitzcrank is picked in solo queue for one reason—cheese. In professional play, hyper coordinated bot lanes and teams know how to deal with Blitz and his grabs, but in solo queue where there’s significantly less synergy, he is an absolute monster. Just like Draven and Hecarim, Blitzcrank’s solo queue appearances are much stronger than his professional ones. For that reason, he’s always sort of been the go-to support for anyone that gets autofilled to the position, but it just so happens that he’s also extra impactful in the current meta, making him especially annoying to deal with.

This phenomenon revolves around Blitz’ grab. When Thresh lands a hook, he locks the target down for a couple of seconds, and the rest of Thresh’s uncoordinated solo queue team has to ponder whether or not to dive in with Thresh on the target he nabbed. Blitzcrank, however, brings the enemy to the rest of his team on a silver platter. With a loud noise and then a poor ADC sliding tragically across the battlefield into the rest of Blitzcrank’s team, it becomes very obvious that everyone should attack the person he grabbed. Anything that makes teamwork easier to pull off in solo queue is a huge advantage to have, and Blitzcrank definitely makes it easier.

Blitzcrank’s hardest counter in lane are ranged damage dealers that can burst him down during the very long windows of time between his grabs, and since they were all nerfed recently, he’s sitting pretty with little to worry about.