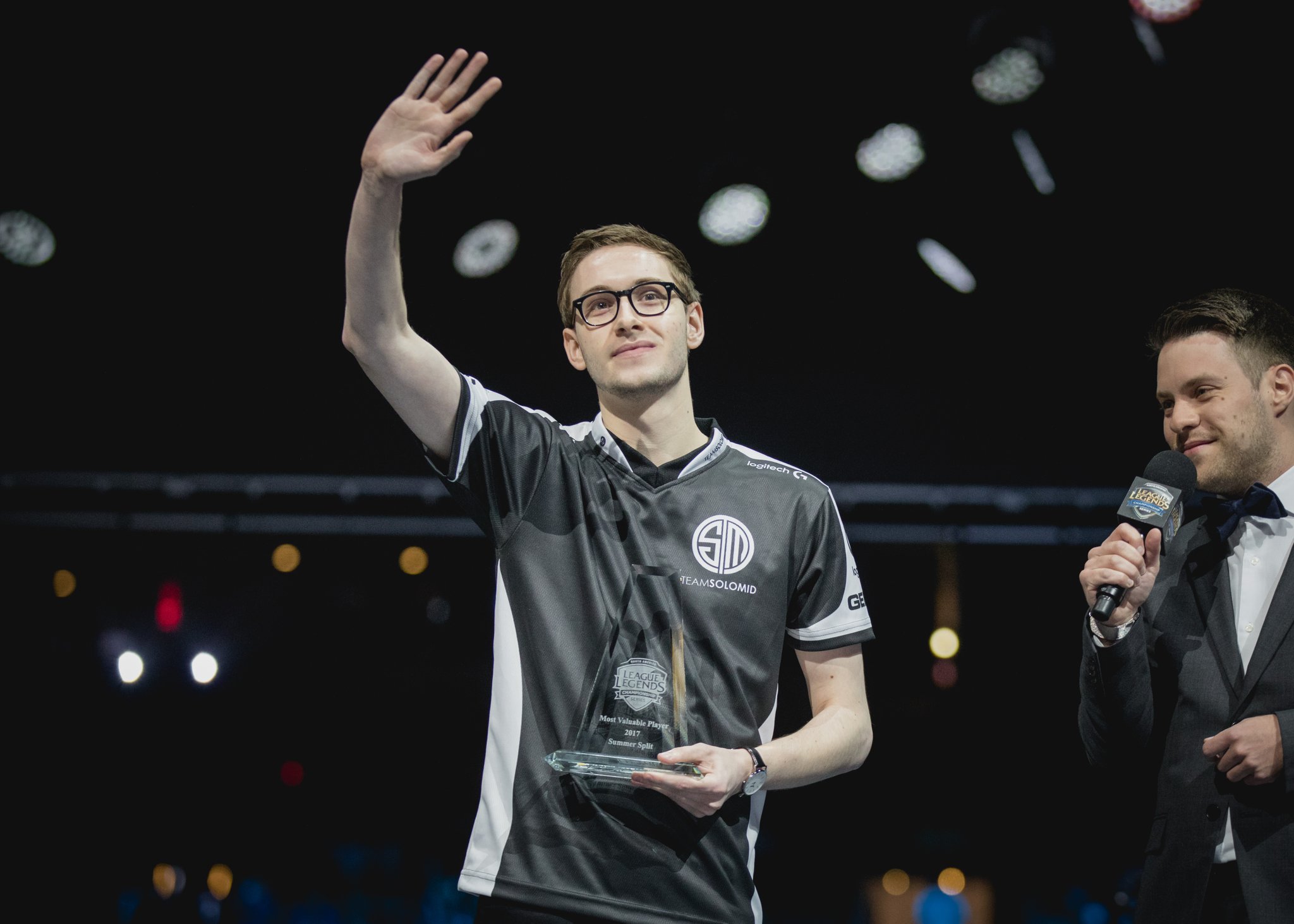 As NA LCS fans waited for the EU LCS’ third-place match to conclude, Bjergsen’s MVP title was awarded off-air, with it later being announced both on Twitter and the official lolesports website.

Although he’s unequivocally considered the league’s best player of all time, Bjergsen’s MVP win today was met with a bit of confusion. Bjergsen’s failure to make the all-NA LCS team this split had many believing that Cloud9’s mid laner, Nicolaj Jensen, would win the Summer Split MVP.

While this may have come as a surprise to some, Bjergsen isn’t any less deserving of the title. Continuing his growth as a player this split, Bjergsen stepped out of his and TSM’s comfort zone, and strayed away from assassin and control-mage mid laners—which have been Bjergsen’s bread and butter champions throughout his career. Despite having difficulties at the start of the split with Galio, Bjergsen quickly became the league’s best Galio—an uncharacteristic champion for TSM and Bjergsen.

This will be Bjergsen’s fourth MVP title, three more than anyone else in the league, according to ESPN writer Tyler Erzberger.

Even though he was named this split’s MVP, Bjergsen and TSM will look to add another trophy to their collections when they face Immortals on Sept. 3 in a battle for the 2017 NA LCS Summer Split championship.