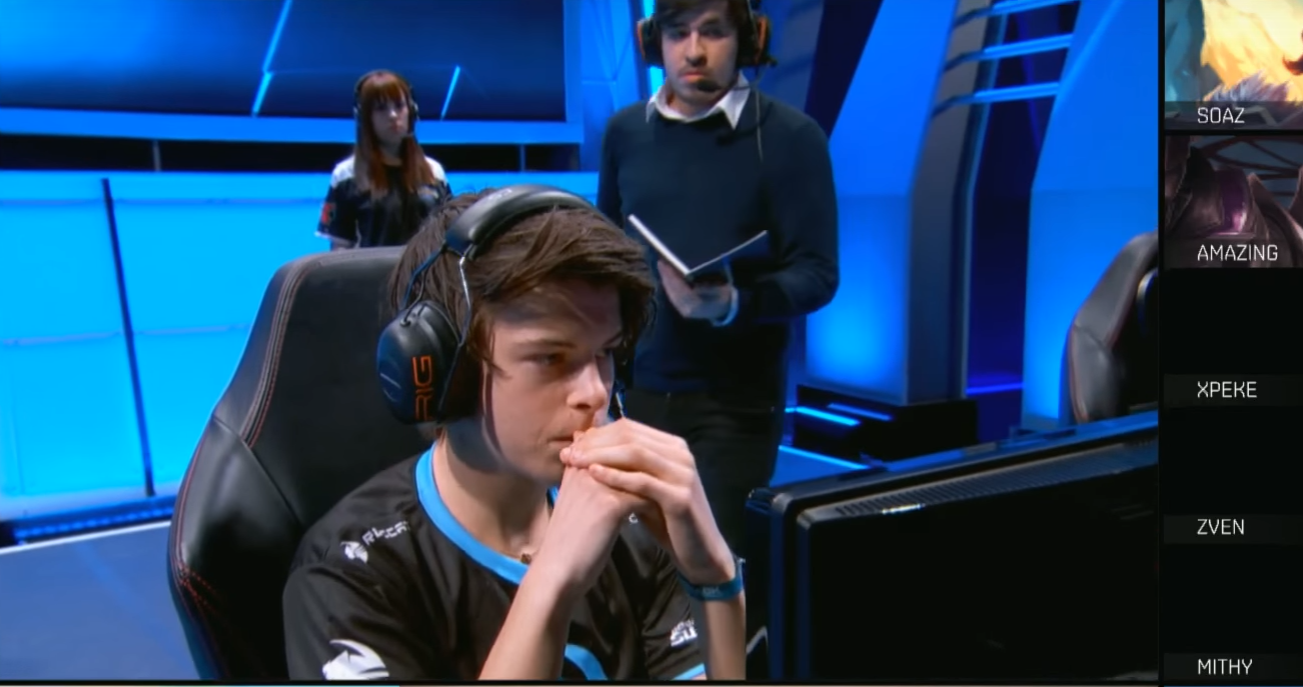 Sweden is one of the leading countries when it comes to esports in Europe and even worldwide. Among their great players, they have the second best StarCraft 2 westerner of all time, NaNiwa, many of the greatest Counter-Strike teams in the history of the game, and a DOTA 2 The International championship team.  Even in lesser-known esports titles, multiple Swedes have stood on the podium.

In League of Legends however, Sweden has only two players that have achieved relative success and an admirable level of skill; Rekkles and Hjärnan. I wouldn’t put Fox on that list since he was only particularly impressive during his first LCS season. However, another player is currently refining his talent without being credited for his merits. In fact, many fans didn’t notice that last split, Betsy had the second best mid laner stats after Perkz in a region with strong competition for that role.

It all started when Gambit’s former mid laner NiQ got sick. Betsy was offered to simply replace the player, but suddenly his performance imposed a dilemma to the organisation, after which they mercilessly ditched NiQ. During these provisional games, the player had to face some of the most skilled European mid laners, but Betsy didn’t show any signs of nervousness. It is worth noticing that only a few westerners have ever displayed this level of confidence during their debut. He was keeping the lane in control and was team fighting accordingly. Although he was making rookie mistakes once in a while, he could play his role on a huge variety of champions. Throughout his time on Gambit, Betsy had to concede all his carry potential to Cabochard and Forg1ven. For these reasons, Betsy was often unnoticed despite playing well.

On Team ROCCAT, the Swede displayed further improvements but the public still didn’t fully acknowledge him. The fact that he’s on a bottom four team doesn’t help. Betsy was far more skilled than his devitalized side laners, Tabzz and Fredy122, who often served as weights. His jungler Aïrwaks combined his great early game pressure and his synergy with Betsy in a desperate attempt to snowball their games, but it wasn’t enough.

Next split, Betsy will finally receive a good secondary carry, Steeelback. The up-and-coming Frenchman is selfless and reliable. He was the best carry on Unicorns of Loves and often helped his team winning despite them having a poor macro play. He’s definitely an upgrade to last split’s Tabzz who seemed like a shadow of his past’s self. Betsy will additionally be accompanied by two new Korean players, Parang and Raise, who could potentially give his team a second wind.

Regardless if Team ROCCAT improves or not next split, I invite fans to keep an eye on this player. Betsy is definitely really skilled and should have a brighter future now that he’s acquiring experience.