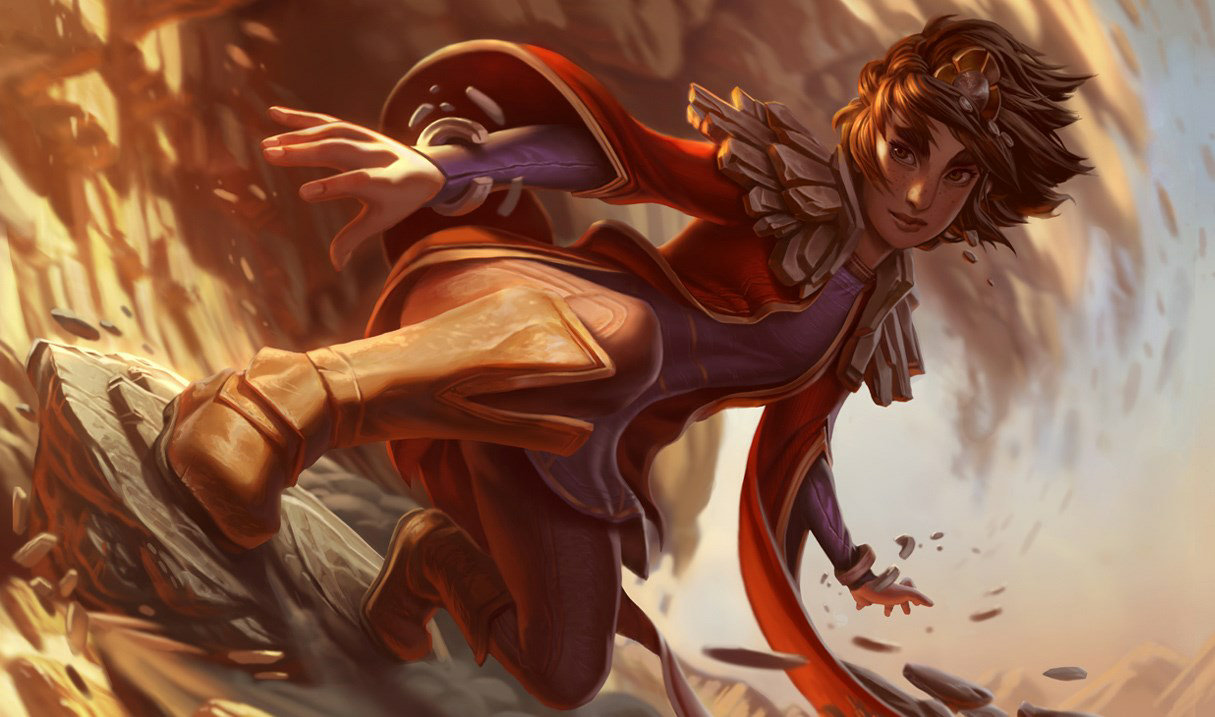 Over the past few League of Legends patches, players have watched as Runeterra’s favorite rock thrower Taliyah has re-entered the meta as a powerful mid lane pick. The Stoneweaver has seen some great success after her big kit rework, and now, she has become one of the most-played champions in her role.

From the damage changes to her Threaded Volley to the new effects and adjustments to her Unrivaled Earth ability, Taliyah has become a dominant choice for control mage enthusiasts since she can clog up any choke points, cut off any escapes, and slow down enemies for her own ability combo. Her setup is easier to hit than ever before, and could be a pick to watch for when the 2022 Summer Split begins.

Here is the best Taliyah build in League for season 12.

Electrocute: With the amount of crowd control that Taliyah brings to the table, players shouldn’t have a hard time activating Electrocute’s bonus adaptive damage with three separate attacks or abilities. This rune should help mid laners find even better trades while trying to survive through the early stages of a game.

Cheap Shot: Crowd control is the name of the game, and Cheap Shot will ensure that Taliyah will be hitting even harder in the laning phase with some extra true damage on enemies with impaired movement.

Eyeball Collector: In order to help her scale into the mid-to-late game, this rune will incentivize Taliyah players to get their hands dirty early by either calling for early ganks, or roaming around with her Rock Surfing passive and ultimate ability. The extra AP per takedown will be needed as you battle alongside your teammates.

Treasure Hunter: In a similar vein to Eyeball Collector, Treasure Hunter will push Taliyah to become more active so that they can make use of the extra gold earned through champion takedowns. Bounty Hunter increases its gold reward for each stack you gain, so you’ll want to find some early skirmishes with your jungler to maximize its efficiency.

Biscuit Delivery: Taliyah has a relatively low base health pool, which means that Biscuit Delivery can keep her topped up with health and mana while in the laning phase of a match. If she finds herself on the wrong end of a trade, she can just chomp on a cookie and stay even with her opponent.

Cosmic Insight: Since Taliyah’s mythic of choice has an active effect, this rune is important so that the item’s 30-second cooldown isn’t too bad to deal with.

Doran’s Ring is the usual starter item for most mage champions since it gives more damage to minions, more health, and some ability power. There are some players who like to start with a Tear of the Goddess, though, in order to get a jump start on one of their core items, Archangel’s Staff, along with the bonus mana you get in lane.

Everfrost ensures that any Taliyah player will have the easiest time setting up their ability combo after rooting an enemy in place or slowing them down to a crawl for 1.5 seconds. This is enough time to lock them down with a W-E combo, which allows the Taliyah player to pelt them with Threaded Volley while they wait to recover from Unraveled Earth’s stun effect.

Archangel’s Staff, on the other hand, is a great item to boost Taliyah’s mana and damage at the same time. She does need to have a relatively large pool to spam out some of her low cooldown abilities, so having the extra mana will be essential later on in a game.

If you’re facing off against shield users, Shadowflame is a good item to throw into the arsenal so that Taliyah can still deal some damage with her rotation of spells. Since resistances have been increased due to League’s recent durability update, our resident Stoneweaver will need as much help as she can get while setting up her teammates for success.

Void Staff and Rabadon’s Deathcap are classic damage boosting items that are essential to most control mages, while Zhonya’s will play the part of Taliyah’s only emergency button in a teamfight. Even though burst has been nerfed over the past couple of patches, she’ll still need a survival tool just in case she is caught out of position.