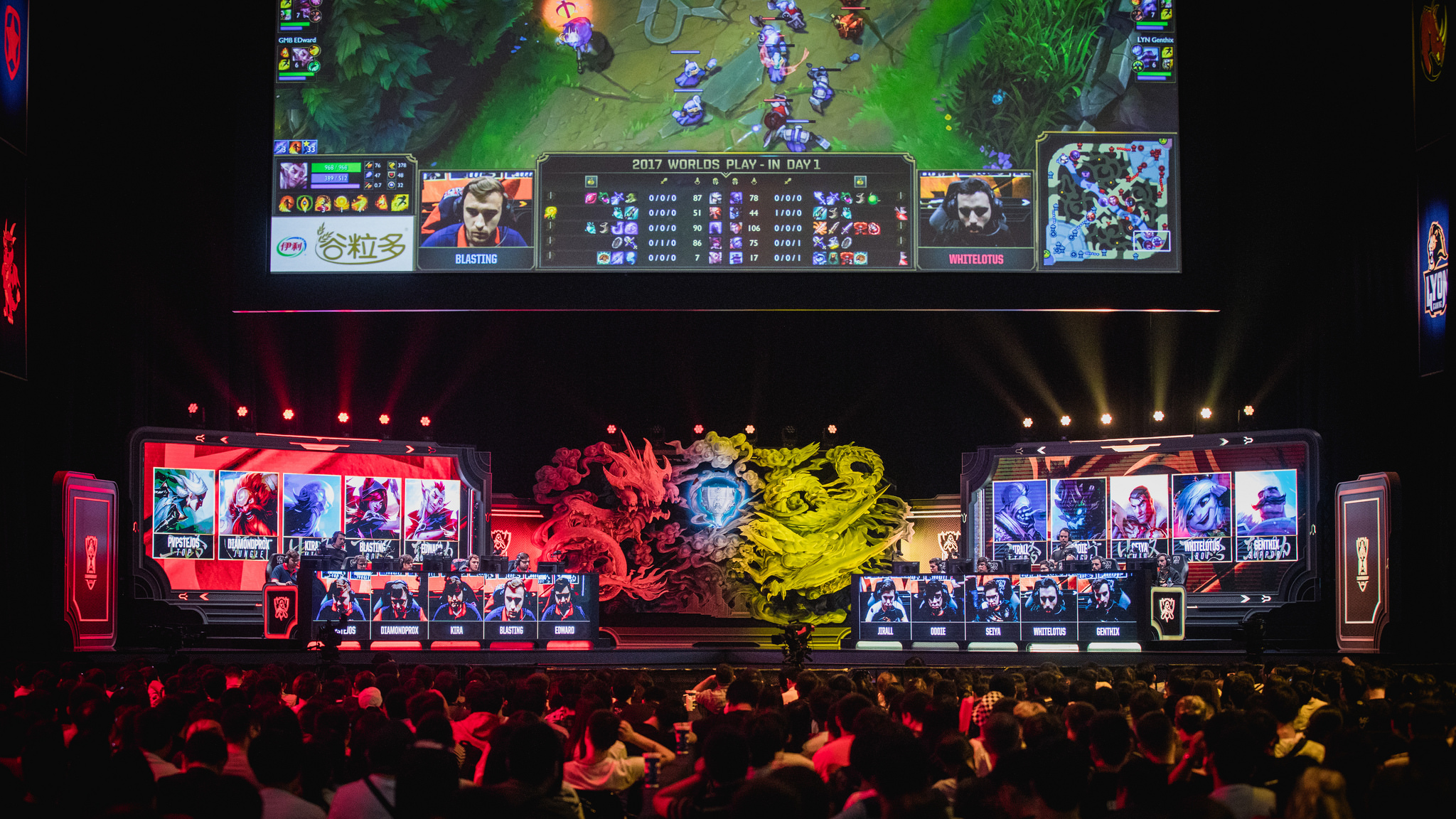 Riot’s production crew is the best in the business.

No matter what esport you are a fan of, you have to enjoy Riot’s ability to put on a show. For this year’s World Championship play-in round, the company had something special up its sleeve. An intricate backdrop full of color set the stage for the teams to duke it out. And Riot’s photo crew captured it all.

Riot is a bit unique in that it handles photography for its tournaments internally. The result is a beautifully curated Flickr page that also serves as the definitive visual history of League. This week, the photo crew has been busy capturing the stage, fans, and players at Worlds.

Here are the best photos from the first week of the 2017 World Championship.

Worlds is being held in China this year with the first leg staged in the city of Wuhan. Riot wrapped the steps leading up to the stadium in the Worlds logo, making it unmistakable what this event is all about.

Riot’s stages are always magnificent, but they really upped the ante this year. A massive backdrop dominates the stage, featuring a meld of traditional Chinese art and the Worlds logo. Giant dragons snake across the mural, a perfect fit for League’s fantasy aesthetic.

The magic really happens when the lights turn on in the studio. The massive screen showing the Summoner’s Rift dominates the stage as it should, but Riot does a great job of highlighting the players and stage. And lighting the mural in the traditional Chinese colors of red and gold is a nice touch. It’s a pageant, and the photographers captured it beautifully.

The hometown team received a ton of fan support as the stadium was filled with WE signs. These two fans came ready to support their side.

Fnatic fans show up as well

It was easy for the Chinese fans to cheer on the home team. These Fnatic fans either flew in to support the Europeans or have been secret Fnatic supporters all along.

The play-in stage was a hodgepodge of teams from around the world. It wouldn’t be surprising to see players stick to their own teams because of language and culture gaps. But this is also an incredible opportunity for players to speak a common language—that of being League pros.

Wait—don’t those characters belong on the Rift?

Cosplayers are a staple at esports events, and the Chinese fans showed up big time.

The Turkish side showed up at play-ins, wrestling the first seed away from Hong Kong Attitude. This team could go far.

One of the funnest squads to watch is the Vietnamese team who made it because Gigabyte Marines earned a direct spot into the group stage. They play with a similar spunk and energy.

The League casters are always amazing. The Chinese casters don’t get a ton of publicity in the West, but are doing great at Worlds.

This is a cool shot of the Summoner’s Rift reflecting off a player’s glasses.

The play-in moves to a best-of-five elimination round tonight. Who will make it out?