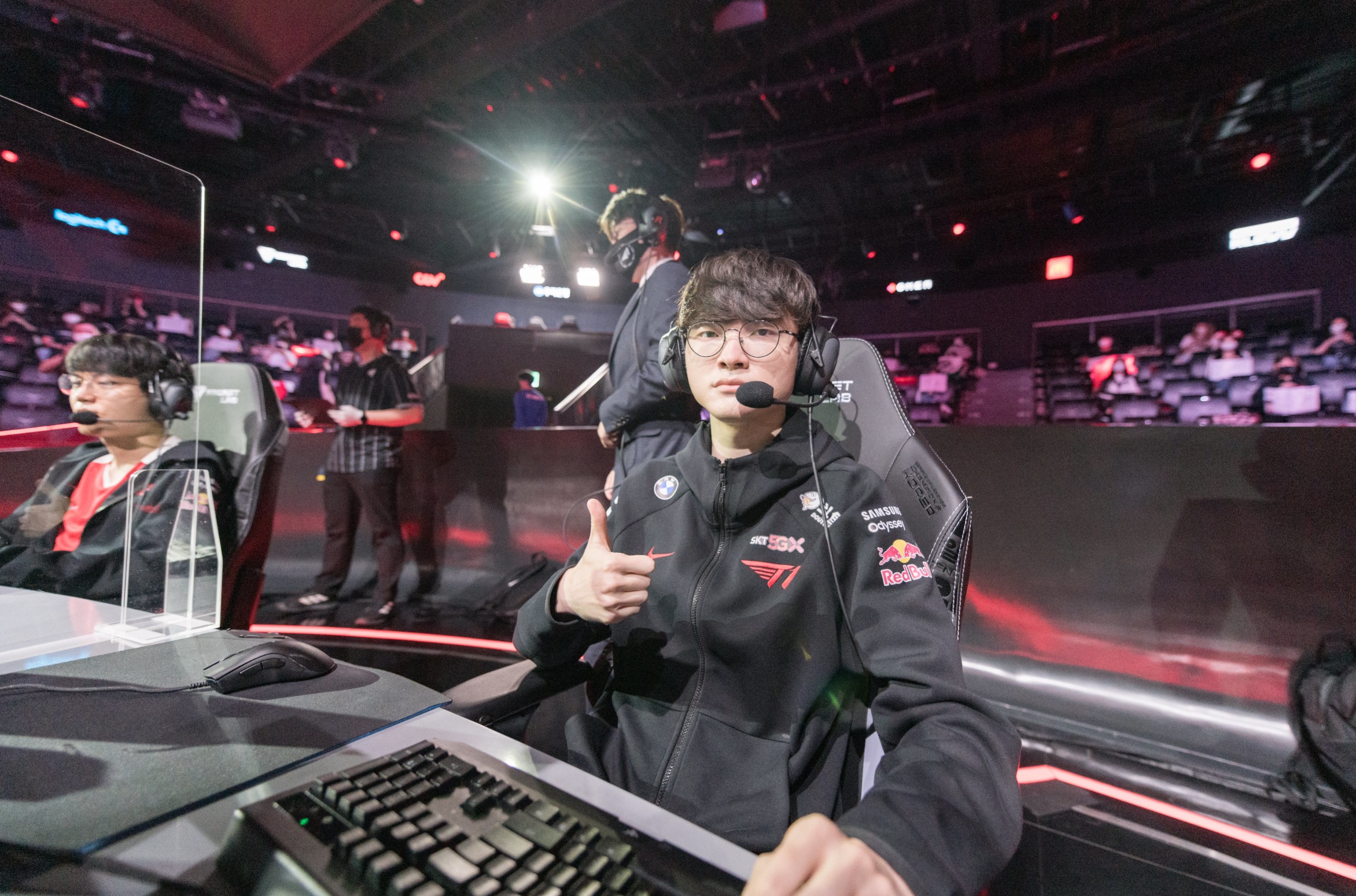 The 2021 League of Legends competitive season has finally come to a close.

After a whole year of furious battles on Summoner’s Rift, the champions were crowned over the land, with the LPL’s EDward Gaming finally taking home a World Championship after years of missed attempts and multiple roster changes. But even though EDG did win the gold in the end, many other players across the globe have plenty of achievements to be proud of.

Whether it’s finally taking home their first regional trophy or ushering in a new era for their region, League esports superstars provided fans with a feast for their eyes throughout this year. But who stood tall among the hundreds of pro players who competed? There are some big names that underperformed, while others have risen to make their mark.

Here are some of the best League players of 2021 around the world, in no specific order.

Let’s kick things off with one of the best junglers we’ve seen in recent history. Yes, DWG KIA’s overall success has been due to an overwhelming talent difference across the roster, but this year, it felt like Canyon elevated himself even higher than before.

This year—and especially at Worlds 2021—the 20-year old phenom continued his dominance. He became half of the best mid-jungle duo in the world alongside his superstar teammate, ShowMaker. He boasts a diverse champion ocean, impeccable macro knowledge, and unrivaled mechanical skill that can change the course of any game at a moment’s notice. He was also a leading player in his role at Worlds 2021 with a 5.4 KDA and 55 kills, according to Oracle’s Elixir.

Like several other esports, League had its own debates about which player deserved to be called best in the world. As someone widely lauded as the successor to the greatest of all time, DWG KIA’s ShowMaker was a prime candidate.

Alongside Canyon, ShowMaker was part of the world’s best mid-jungle duo. Even though DWG KIA shook up the team’s gameplay during the 2021 Summer Split with role swaps, he and Canyon eventually returned to their positions and helped lead their team to back-to-back LCK championships—a feat only SK Telecom T1 also achieved.

It does feel like there is a passing of the torch happening within the league, with the new era of Korean superstars now rising to take their place at the top and carve their names among the best the world has ever seen. ShowMaker is one of the few leaders within those ranks, and he will surely continue to aim for the stars, even though he was denied back-to-back World Championships this year.

The greatest of all time finally returned to the Worlds stage after a year away. Faker and a young, growing T1 roster didn’t disappoint fans either: they put on a tremendous show throughout the tournament and came so close to taking down DWG KIA in the event’s semifinals.

Faker doesn’t need to prove anything to anyone anymore. He’s won three World Championships, two MSI trophies, and nine LCK titles to boot, and he even led a rookie-laden T1 squad to a semifinals berth. And yet, it seems like the hunger for another title continues to claw at his stomach.

He has continued to show his versatility by stepping into a facilitative role for his teammates with picks like Lissandra, Twisted Fate, and Karma. His stats might not be as impressive, but we still know his prowess as a main carry option for a team composition. But with people at his side that now have more experience against the best in the world, we could see this team help Faker sate his cravings in the next year.

The new apex predator of the LPL has finally taken home his World Championship. After showing his star potential on Griffin, Viper found a new home with EDward Gaming and helped the team get the first Summoner’s Cup in the organization’s history.

With a new region, Viper was forced to adjust himself in multiple ways, from learning a new language to learning a completely new style of play in a hyper-aggressive region. With his great mechanical skills, he honed himself into a weapon whose talents were on full display throughout the year. Whether it was his superhero antics during EDG’s run to the LPL championship or their miraculous run to a Worlds trophy, Viper has solidified himself as the best marksman in the world.

It might be odd to see Doinb here after his team unexpectedly dropped out of Worlds in the group stage, but it would be foolish not to acknowledge how good he was during FunPlus Phoenix’s run in 2021.

Doinb was dominant during the Summer Split. He had the second-most kills and the third-highest KDA in the league, while also keeping a sky-high 71.3 percent kill participation percentage, according to Oracle’s Elixir. He eventually won the season’s regular-season MVP award for his efforts and showed he still had one of the most diverse champion pools in the game, with 17 unique picks for the season.

The end of the year was certainly disappointing, but there’s no doubt Doinb is still one of the best players in the world and should be a feared member of any team he joins in the future.

Rogue’s successes this year mainly came from Inspired’s ability to run the offense through their jungle with some great pathing, macro decision-making, and overall mechanical skill. He helped his laners get ahead and primed the team for success, earning himself the 2021 LEC Summer MVP award.

The 19-year-old Polish superstar quickly established himself as the leader in the jungle position in Europe after two and a half impressive years as a pro, and after an improbable run through the Worlds 2021 group of death, the future is now for one of the LEC’s brightest pupils. Watch for him to run rampant on Summoner’s Rift next year, and possibly level up even further beyond our expectations.

When looking at MAD Lions’ rise to fortune in 2021, fans must look towards the mid lane with Humanoid. The 21-year-old star has continuously evolved into the most consistent player in his role with the second-highest average damage to champions in the LEC during the Summer Split, according to Oracle’s Elixir.

He also had some of the best early-game stats of any mid laner during the season and is explosive at almost any point of the game. He has a varied champion pool that can flex around depending on the situation and was an important part of MAD Lions’ destructive late-game teamfighting skill.

This young stud’s journey with Cloud9 has impressed fans and analysts alike across the globe, and for good reason. Fudge went from a trash-talking rookie getting outplayed in the 2021 LCS Lock-In to outplaying opponents like TheShy and Khan on huge international stages, all in the span of his debut year in the LCS.

His improvement as a pro has been nothing short of incredible, and he has quickly become an integral part of his team’s future. He plays tanks and carry champions and executes with tenacity in both roles, showing confidence fans have only seen from seasoned veterans of the league. But now, with new teammates on the horizon, we will see if Fudge can continue to grow into the best top laner in North America.

The shining star of TSM has made it to this list after carrying the load for his team over this past year. Although his team has lacked consistency when it mattered, Spica showed he was a bona fide leader for the future of the LCS after winning the 2021 LCS MVP Award at 20 years old.

Whether it’s his lovable character off the Rift to his exciting play in-game, Spica has earned himself the respect of most League fans. With the departure of Bjergsen this offseason, TSM is also looking for a face for the franchise, and this young star looks ready to take the mantle as the perennial LCS champions look to finally add more hardware to their trophy case in 2022.