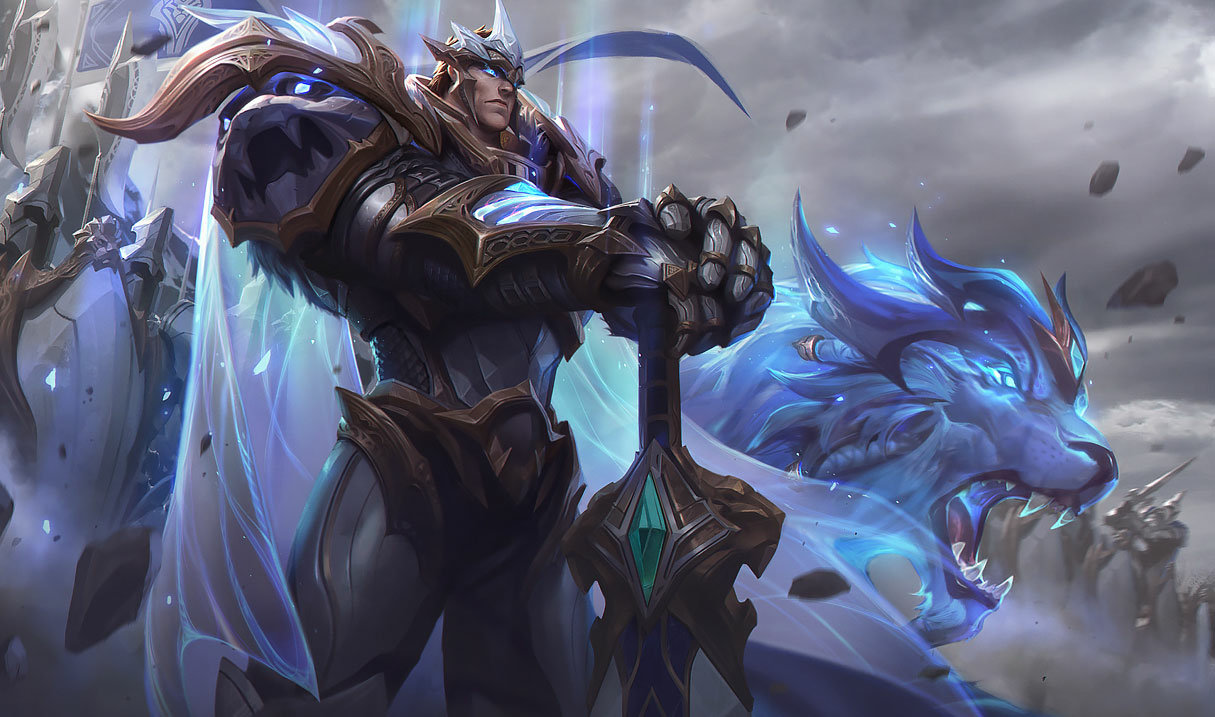 Garen is one of League of Legends’ oldest and most well-known champions.

In the top lane, he has solidified himself as one of the strongest picks into many matchups he may face. His power spikes at level six, and as he builds health items throughout the game, enemies may struggle with being able to kill the Might of Demacia.

Every champion in League has a weakness, however. Here are the best counter picks to beat Garen in the top lane.

Another common yet extremely powerful champion in the top lane, Teemo has cemented himself as one of the best counters picks to many of the tank-based champions in the game.

Teemo’s ranged kit means that he often has no need to put himself in danger to secure minion farm or engage on the enemy champion. This is strengthened further with the effects of his toxic shot ability that will see each affected target face four seconds of poison damage. Given this is a passive effect to his basic attacks and does not consume any mana, the toxic shot is a powerful tool in the matchup against Garen.

When laning against Garen, he is going to look to use Decisive Strike for the movement speed buff to get into range to activate judgment around his enemy. While this can be difficult, Teemo also having a movement speed boost on his Move Quick ability will allow the Yordle to escape this aggressive engage from Garen and punish him once it is on cooldown. Teemo also can utilize his Blinding Dart to negate any melee attacks Garen is planning to unload should he get into range.

Finally, Teemo’s ultimate ability is a powerful tool against Garen more so for the fact it can deter the opposing team’s jungle from entering the lane to assist. While Garen himself can cleanse slows once activating Decisive Strike, the damage from Noxious Trap is often substantial and can put Garen in a bad situation should he pursue.

For this counter pick to work, Teemo needs to have a strong early game by bullying Garen out of farm and setting him back so that he is unable to build his items at the same rate as Teemo.

Kayle is a terrible matchup for Garen given her abilities and the impressive pace at which the champion scales. Much like Garen, Kayle has a strong late game, and this mainly due to her passive Divine Ascent. This will allow Kayle to gain additional attack speed, movement speed, attack range, and extra waves of fire on her basic attacks. This is the perfect ability to ensure Kayle is not falling behind against Garen and allowing her to deal more damage as she bullies him away from farm with her ranged attacks.

Radiant Blast is an important tool for Kayle to wear down Garen’s health early in the game as well as later stages. This ability reduces any resistances Garen has on hit, meaning all Kayle’s following abilities will deal extra damage. This is much like Starfire Spellblade. Both these abilities will need to be used in combination with Kayle’s basic attacks to maintain an impressive damage output.

Much like in the matchup against Teemo, Garen will look to use Decisive Strike to enter the range for his Judgement. This is the champion’s most effective combination and what makes him such a tough champion to lane against. Kayle can offset this threat with her Celestial Blessing ability. Not only will it grant the champion some healing, but it will also grant her the movement speed to evade Garen’s advance.

Kayle is excellent later in the game during teamfights not only as Celestial Blessing works on an ally but because of the power in her ultimate ability. Divine Judgement not only deals an area of effect damage to nearby enemies but will make one ally completely invulnerable for a short amount of time.

If you are looking for a champion that is going to hold up both in the lane against Garen and in the later stages of the game when teams begin fighting, Kayle is an extremely powerful choice.

For players who prefer an aggressive melee champion, Camille is the ideal choice against Garen.

The champion boasts the ability to lock down her opponents’ position and deal substantial damage through combinations of her abilities. In the matchup against Garen, she should look for early kills to sabotage his scaling and ability to purchase items.

Early in the game, Camille will be able to poke Garen as much as she likes due to her passive ability, granting her a shield for a short duration after landing basic attacks. Since both champions are melee-based, Camille is going to be in range to land Precision Protocol often. This ability should be used as soon as Garen’s Judgement has gone on cooldown. With Judgment on cooldown, Garen won’t have an effective way to stop Camille from chaining together multiple Precision Protocols and dealing bonus damage.

Tactical sweep is a great ability Camille can use to both secure minion farm and deal damage to Garen at a greater range, setting up for her engage with other abilities. In the early stages of the game, eliminating the front line of enemy minions can often see friendly minions deal damage to Garen and allow Camille a timeframe to attack without fear of taking any minion damage herself.

Hook Shot is the perfect way for Camille to close the distance. This ability can also be used to get some distance before leaping back and stunning Garen during his advance with Decisive Strike. This gives Camille yet another opportunity to put together multiple Precision Protocol hits and deter Garen from pursuing further or secure her the takedown.

Camille’s ultimate ability Hextech Ultimatum is used for much the same purpose as Hook Shot. But since its effect will hold the enemy in position for a longer period of time as well as dealing bonus damage to them, this can often be enough for Camille to land her attacks and secure a takedown.

For more advanced players, Camille is a great choice going into a lane against Garen.