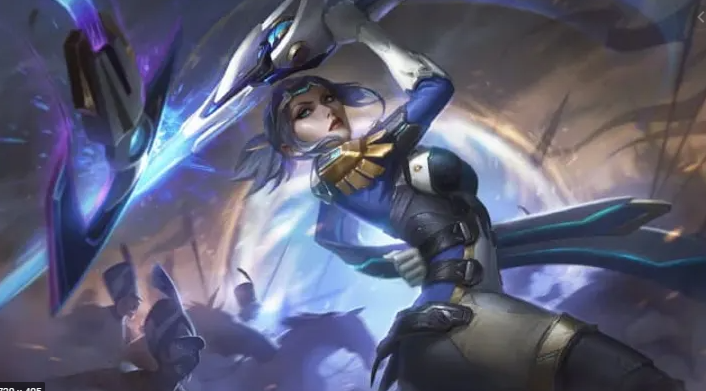 Fiora is one of the most popular top lane champions in League of Legends.

Since her rework, she has become a champion who is able to close gaps quickly and land impressive damage with a combination of basic attacks on vitals. The champion also has multiple ways to counter abilities and give herself the upper hand in a dueling situation.

As with every champion in League, Fiora is not without weaknesses. With the right champion paired with a sound strategy, Fiora can be beaten with relative ease. Here are some of the strongest counter picks for facing Fiora in the top lane.

A champion that largely goes unplayed in both casual and ranked games, Kennen offers a combination of ranged attacks and lightning-fast mobility that not many top lane champions are capable of. In the matchup against Fiora, Kennen’s key to victory is bullying her out of the farm in the early phases of the game. If Kennen can get ahead and hinder her ability to purchase items, he’ll be able to secure easy kills on the champion as well as give his team a leg up going into team fights.

Kennen’s passive ability Mark of The Storm allows Kennen to stun Fiora after he has hit her with three of his abilities. Because his abilities are all on short cooldowns, this is not a difficult task to complete. Timing the third ability correctly can be all it takes to set up an easy kill against Fiora.

As soon as Fiora is within range of Thundering Shuriken, Kennen players should look to land the ability on her immediately. This is going to not only deal damage but also gain one mark towards activating Mark of The Storm.  Since Fiora wants to come forward and close the distance to land her damage, pairing this ability with Kennen’s other ability Electrical Surge can stop the champion in her tracks. Electrical Surge can only be activated once Kennen has marked a target with Mark of the Storm, but its passive ability makes this easier. The passive allows Kennen to mark Fiora every few basic attacks as well as deal extra damage. Once Electrical Surge is activated, it will deal bonus damage to Fiora and add yet another mark.

Having the ability to time stuns against Fiora to stop her advances is handy. But this tactic is not always going to be feasible. Luckily for Kennen, he has another way of escaping safely from Fiora or even quickly initiating on her should the circumstance call for it with the use of Lightning Rush. Lightning Rush morphs Kennen into a lightning form, allowing him to pass through units and apply Mark of the Storm on contact. This ability also grants the champion a massive movement speed increase that will enable him to rapidly escape or engage the enemy.

Finally, Kennen’s strongest tool to not only counter Fiora’s abilities but also increase his chances of securing a kill on the champion is his ultimate ability Slicing Maelstrom. This will see Kennen summon a storm, striking nearby enemies with magic damage and inflicting them with a mark every wave that pulses from the champion during this time.

Utilizing Kennen’s abilities to stay at range and out of the danger Fiora brings with her basic attacks will make this an easy laning experience and provide the team an advantage going into the late game.

Pantheon is a strong choice against Fiora due to his impressive dueling abilities that will allow him to minimize the effectiveness of Fiora’s attacks. Pantheon’s key to victory is to take out Fiora early in the game as the matchup later in the game will depend on who had the stronger laning phase.

Fiora’s most dangerous tool in a matchup like this against Pantheon is her Riposte. This ability allows Fiora to parry off incoming damage before striking back, slowing or even stunning the opposing champion. Anticipating Riposte is going to be important for Pantheon to utilize his abilities. If he is able to land Shield Vault to stun Fiora, it will allow him to deal some damage often enough to switch the matchup in his favor. But should Fiora negate this stun with Riposte, she will end up with the upper hand.

Comet Spear is a great tool for Pantheon to land damage upon Fiora without putting himself into danger. This can be both a good way to bait out Riposte but also a way to lower Fiora’s health and give himself the advantage to close the distance and initiate combat.

Once Riposte is down Pantheon should use Shield Vault to close the distance, stunning Fiora and dealing damage. If once Fiora is no longer stunned she continues to duel, Pantheon should then use Aegis Assault. This ability will see Pantheon set his shield, become invulnerable to damage from the front, and deal damage with his spear.

Should Fiora choose to escape the action and retreat down the lane, granted he is level six, Pantheon will be able to chase down and secure the takedown with the use of his ultimate ability Grand Starfall. If the ability itself is not enough to finish Fiora he will be able to land his combination once again dealing even more devastating damage to the champion.

Pantheon is a strong pick into Fiora. But his effectiveness relies on preventing Fiora from getting ahead early in the game.

In this matchup, Ryze should play the early laning phase safe against Fiora and avoid getting too over aggressive while landing solid poke damage and picking up takedowns where possible. Ryze has an advantage against Fiora since he is a ranged champion whose abilities don’t require him to be close to his enemy. This allows him to keep at a distance while blasting his opponent away with spells.

Once Fiora uses her Bladework ability to increase movement speed, it will be clear she is planning to dash towards Ryze and initiate an attack. In this situation, Ryze should cast Spell Flux upon Fiora, debuffing the champion and all enemies nearby. Once Fiora is affected by Spell Flux, Ryze should then combine this with his Overload ability to deal even more damage.

Should Fiora advance on Ryze and begin to attack vitals, using Rune Prison is a great way to stop Fiora and allow Ryze to create some distance between the two. This ability will trap Fiora in a cage of runes, and if she is already affected by Flux, she will be rooted instead.

If Fiora appears to be approaching, casting Spell Flux sets up a variety of different offense and defense options. One other tool Ryze has for these two purposes is his ultimate ability Realm Warp. This will see Ryze teleport himself and nearby allies to a targeted location. This will give him some extra mobility for seeking out takedowns or escaping dangerous combat situations.

The key to victory in the matchup is for Ryze to keep at distance, shutting down Fiora’s advances while bullying her out of the farm and setting up takedowns when she is vulnerable.