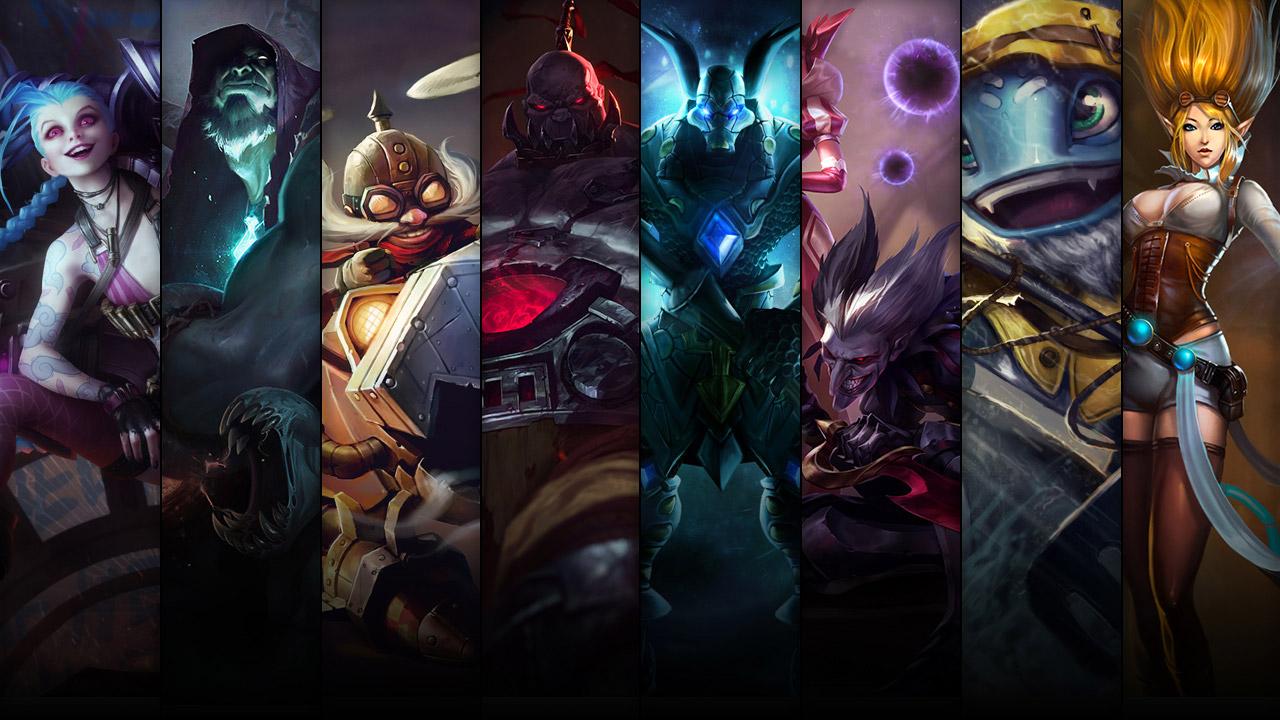 The next skin and champion sale starts tomorrow, Aug. 11, and runs through the weekend to Aug. 14. There are some really popular champs in this week’s sale, so now may be a good time to pick them up.

Hyper carry ADCs have risen to the top of the solo queue and professional metas as of late, but Jinx had been noticeably absent until recently. In Patch 7.15 a few weeks ago, she received a healthy buff to her Zap! and her synergy with Runaan’s Hurricane, making this a great time to buy her. She’s on sale for 487 RP.

Yorick hasn’t exactly been in-meta for a while, or ever, but he’s never been a bad pick. He’s the kind of champion that not many people actually play, but he’s one of the strongest splitpushers and an excellent duelist. The few that actually play him like to refer to him as a hidden OP champ, mostly because other players don’t know how to handle him. He’s on sale for 440 RP.

Corki is all over the place right now as both a mid laner and an ADC. Admittedly, most of his play time both professionally and in amateur games is in the mid lane, but he’s still a great ADC. The cool thing about Corki is that his auto attacks are converted largely to magic damage, so if your team is playing mostly AD champions, Corki can fill your magic damage void while still playing like an ADC. He’s on sale for 395 RP—ROFLcopter included.

Sion was just buffed in yesterday’s patch, and he’s much stronger now. He gets more permanent health from one of his passive abilities, making him much tankier, and his ultimate deals a lot more damage. We’re talking 300 more base damage, and that’s a huge buff. Sion will probably enter the meta in a big way very soon. He’s on sale for 292 RP.

Galactic Nasus turns the old dog into a sci-fi alien. Bright colors and sharp edges are the theme of this skin, like something straight out of an ’80s space dystopia film. It’s on sale for 260 RP.

Wild Card Shaco is one of the card-themed skins of League of Legends. It doesn’t come with special animations or effects, but it’s probably Shaco’s best looking and most up-to-date skin. On sale for 375 RP.

URF is back in League right now, and that’s very fitting, because the best reason to buy Fisherman Fizz is that it comes with its very own Urf. Instead of a big shark, Fizz’ ultimate summons a giant Urf the Manatee that erupts from below the ground and makes a giant “Arf!” noise. It’s awesome, and it’s on sale for 487 RP.

Although is isn’t as cool as Forecast or Star Guardian Janna, Hextech Janna is still a pretty cool skin. It was updated in 2015 along with her other older skins, and now it looks pretty decent. Her staff is constantly firing off Hextech energy, which is a very cool effect in-game. It’s on sale for 487 RP.