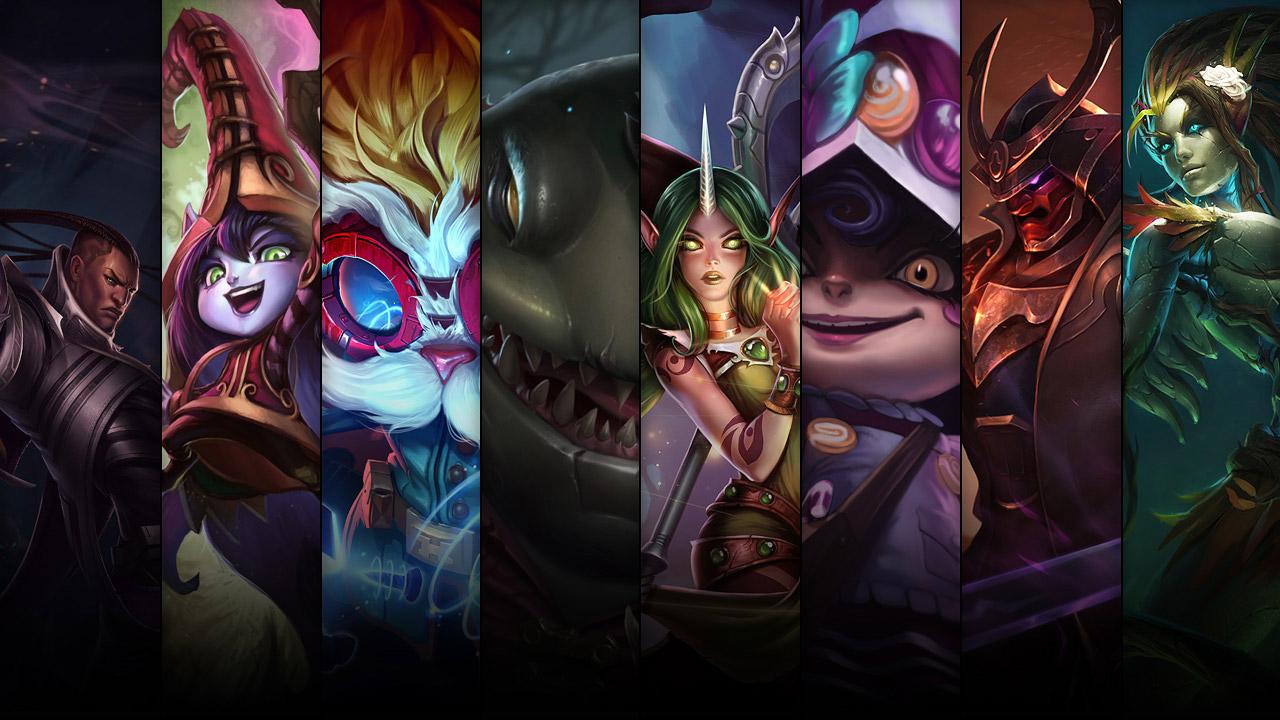 Over the weekend, the League of Legends community was given a great champion sale on strong meta picks like Corki, Jinx, and the newly-buffed Sion. This week, however, we’re not getting that lucky. The next champion sale starts tomorrow, and believe us, the choices are limited.

Lucian isn’t in a horrible place right now, but he certainly isn’t strong in the bot lane. Outmatched by almost every other ADC in range alone, he’s not exactly what you’d consider “in the meta.” Unfortunately, his only meta role happens to be his off-role that’s only effective in niche scenarios—mid lane. If you’ve been waiting to buy Lucian to try him mid, however, now’s a great time.

Lulu is perhaps the only strong meta choice on the sales list this week. Unfortunately, however, she’s still outmatched by the likes of Janna as an enchanter, but she’s a solid backup when Janna gets banned, and she’s much more fun to play. Buy an Ardent Censer, max that shield, and get ready to poof the enemy carries into woodland critters.

The Lord of the Dings is something special. He’s definitely not strong in the meta, on the premise that he’s bad at mobilizing and taking part in big team fights on the fly, but he’s not a bad mage. He’s pretty underrated, and in the right hands, he can deal a ton of burst damage in the laning phase to snuff out pesky snowballers, and his objective control is unparalleled. Unfortunately, though, his inability to take part in a fight immediately and anywhere makes him weaker in a meta full of tanks and on-the-fly team fights.

Tahm Kench is one of the few tanks in the current tank meta that simply doesn’t work that well. He synergizes very well with a specific team comp—one that needs to make picks and wild roaming plays to confuse and outpace the opponents. He can also work very well as the team’s go-to map pressure as long as there’s another tank with crowd control somewhere else on the team. Tanks with team fighting, head crushing crowd control are all over the place. Unlike Taric, Alistar, and Braum, Tahm Kench cannot function as the team’s only tank, because he doesn’t have that CC. It’s possible to pull it off, but it takes much less effort to play another support tank.

Soraka’s Dryad skin is very simplistic and serves little more purpose than recoloring her character model to shades of green. It’s pretty cool, and it gives her a forest sprite makeover, and it’s very cheap. On sale, it’s even cheaper, so if you’re looking for a quick change in scenery for this banana-lady, you can pick this up for 260 RP.

As far as creepy skins go, this one is certainly towards the top of the list. It turns Lulu into a candy-doting horror film, like Candy King Ivern—but instead of friendship, she’ll try to lure you to a lair and get you to buy a timeshare or something else horrible. It fits Lulu’s psychotic theme, and it’s on sale for 487 RP.

If you’re tired of Shen’s ninja shtick, his Warlord skin turns him into a badass samurai. It boasts new effects and a completely overhauled model, resulting in what may be his best skin. It’s on sale for 487 RP as well.

Zyra has a ton of awesome skins, but this Halloween-inspired one is definitely one of her best. It alters all of her abilities, her champion design, adds new spell effects, and gives her a custom recall animation. It’s on sale for 675 RP.