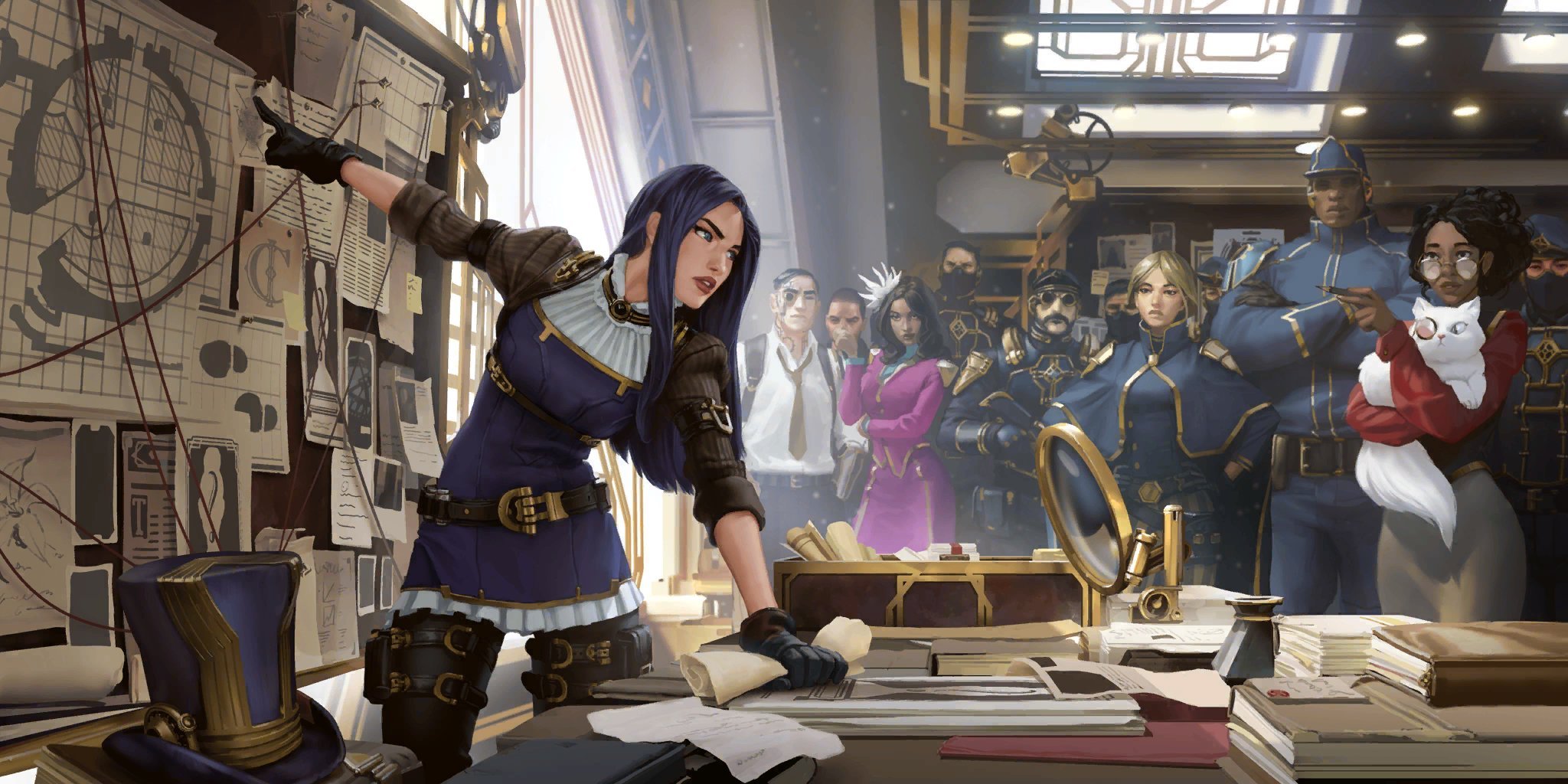 In League of Legends, there are plenty of investigations to be solved and criminals to be arrested when Caitlyn steps on Summoner’s Rift. Since the Sheriff of Piltover has been one of the most popular AD carry champions in the game, it’s also important to look good while dishing out some headshots against your opponents.

Luckily for anyone trying to rock a different outfit, Caitlyn has a whole collection of skins that can spice up your gameplay. The cosmetics might not make your mechanics any better, but whether you’re carrying your team or feeding five kills in the first 10 minutes, at least you’ll look good while doing it.

Here are Caitlyn’s best skins as of season 12.

In this alternate universe, Caitlyn lives in a world where the people of Runeterra have unlocked the secrets of time travel. She plays the part of a legendary chrono-law enforcer, taking down anyone who threatens to break the integrity of space and time itself.

The skin features a whole new set of voice lines, some fancy, futuristic animations, and even a dance animation that has her project a hologram of herself dancing. In her recall, she opens portals to five different dimensions: a pirate-themed land, the High Noon gothic, the Marauders vs. Wardens universe, the Sugar Rush universe, and Riot Games headquarters.

Arguably one of her best skins, Caitlyn takes the role of the straight-A class president at the Labrys God-Weapon Academy within the Battle Academia alternate universe. She is feared and respected by most students, rocking her school’s military-like uniform while toting around a massive, magical rifle as she tries to become the greatest battlefield general in history.

The skin features a ton of new voice lines, some satisfying and recognizable sound effects, and flashy animations to boot. She breaks out her signature flan during one of her emotes and has the most obnoxious laughs in the game. It’s the perfect way to mock your opponents after you’ve successfully knocked them down with a well-placed shot, leading to your victory.

Caitlyn looks great as the title hero of the “Sniper Cop” rail shooter series within the Arcade universe. She wields a rifle designed similarly to the NES Zapper, which makes sense considering she shoots at targets in her game like Duck Hunt. She also conjures up a big screen as she fires at enemies during her recall.

With pixelated animations and classic video game sound effects aplenty, Caitlyn’s Arcade skin stands out as a perfect representation of the cosmetic line. The only issue that people might find with the skin is that she doesn’t have any special voice lines, but the overall look of the skin should help convince anyone searching for a new outfit for their favorite sheriff.