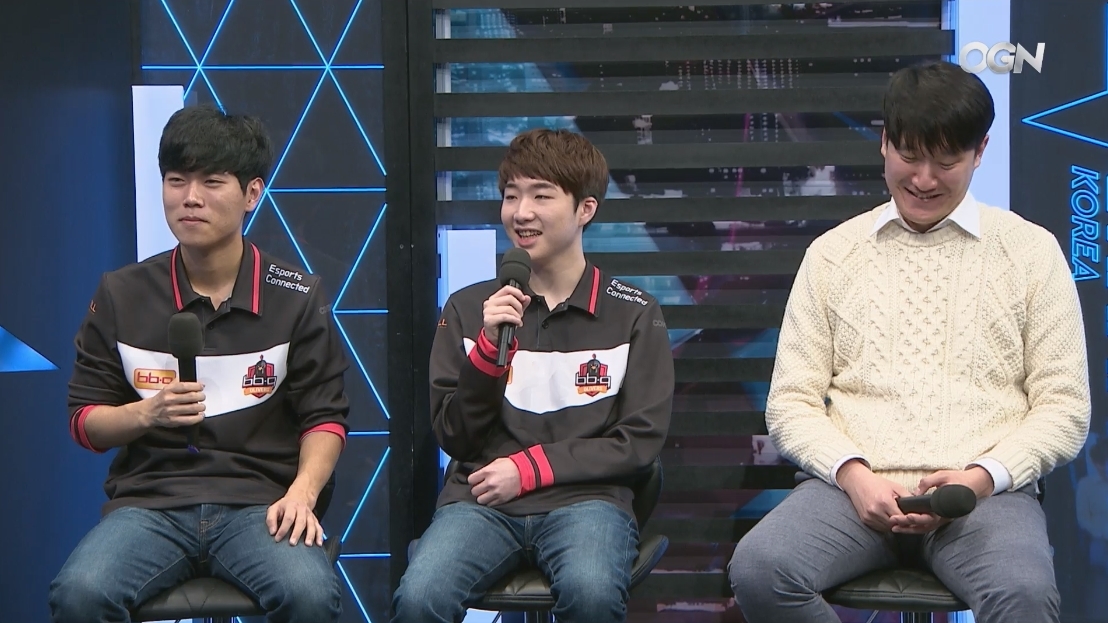 Bbq OLIVERS placed a roadblock in SK Telecom T1’s run to the playoffs with an upset victory against last year’s World Championship finalist.

Ranked second to last in the LCK standings, bbq know that they need to win every match possible to avoid the relegation tournament. With this in mind, bbq attempted to surprise SKT in game one with the unlikely Ziggs mid—and the plan went well.

While SKT pulled ahead early with superior macro play, bbq turned it around in almost an instant by quickly securing a Baron. SKT, caught off guard by this move from bbq, lost their lead against their now Baron-empowered opponents. Led by top laner Kim “Crazy” Jae-hee’s Camille, bbq took over the following teamfights. And with SKT trapped in these fights by Crazy’s Hextech Ultimatum, bbq mid laner Kang “Tempt” Myung-gu could unload a massive amount of damage as Ziggs.

Bbq continued their momentum into game two with strong early macro play. Like SKT previously, bbq took the initial lead and snowballed this lead with clever picks and multiple Baron acquisitions. But bbq faltered in their late-game decision making. SKT took advantage of bbq’s over-eager attempts to destroy inhibitor turrets, and attacked bbq with a flank engage by mid laner Lee “Faker” Sang-hyeok, who had reached full power as a late-game Kassadin. SKT continued to win fights until they had turned the game around, and were now the ones in front of bbq’s Nexus.

Confident in the strengths they just displayed, bbq and SKT both doubled down in game three—bbq went for almost the exact same team composition while SKT built a late-game composition with Caitlyn, Kassadin, and surprisingly, the Cassiopeia top lane. A top lane pick synonymous with former SKT top laner Heo “Huni” Seung-hoon, Cassiopeia was a risky move due to her vulnerability during the lane phase. SKT once again placed their hopes in the late game, but this choice soon proved to be fatal.

Bbq once again dominated the early game. But unlike game two, bbq’s mid to late game decision making was now much tighter. Bbq gave SKT no openings to make a comeback. And even if bbq did give SKT an opening, there was nothing they could do with it. SKT fell too far behind with their late-game composition, and as such, had little damage output. Bbq quickly ended the match with little resistance from SKT.

Now one step closer to avoiding relegation, bbq will face a tough adversary in KT Rolster later this week on March 17.