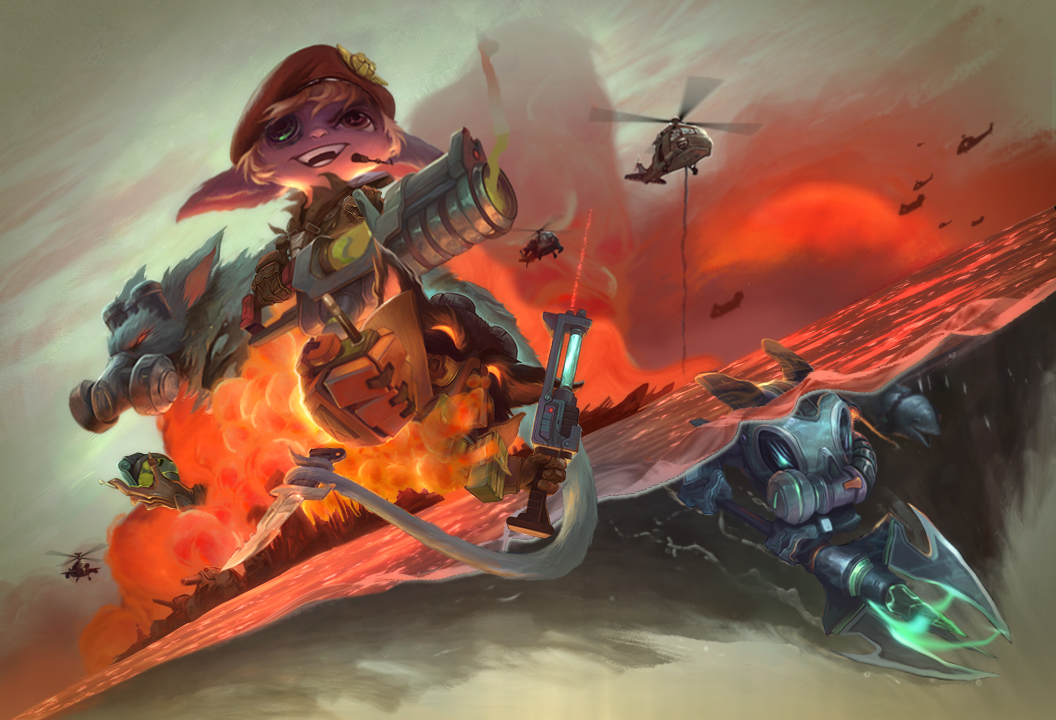 It’s been two years since Omega Squad Teemo arrived on Summoner’s Rift to scare us all to hell with promises of burning flesh, a messy death, and how he can smell fear. Teemo is infamous for his maniacal evil, so it only made sense that he’d receive a skin as messed up as he is.

What we didn’t expect, however, was that there are four other members to Teemo’s Omega Squad. They’re all getting their own skins at some point during tomorrow’s patch, according to the official patch notes.

These skins answer several questions. Was Teemo alone on his quest to be a stealthy, mentally hardened war veteran, or did Omega Squad actually mean that he had squadmates? Would Fizz be just as scary if he threw a giant dolphin at people? The answer to both questions is a resounding yes. All the skins cost 1,350 RP, and they’ll be released some time during Patch 7.15.