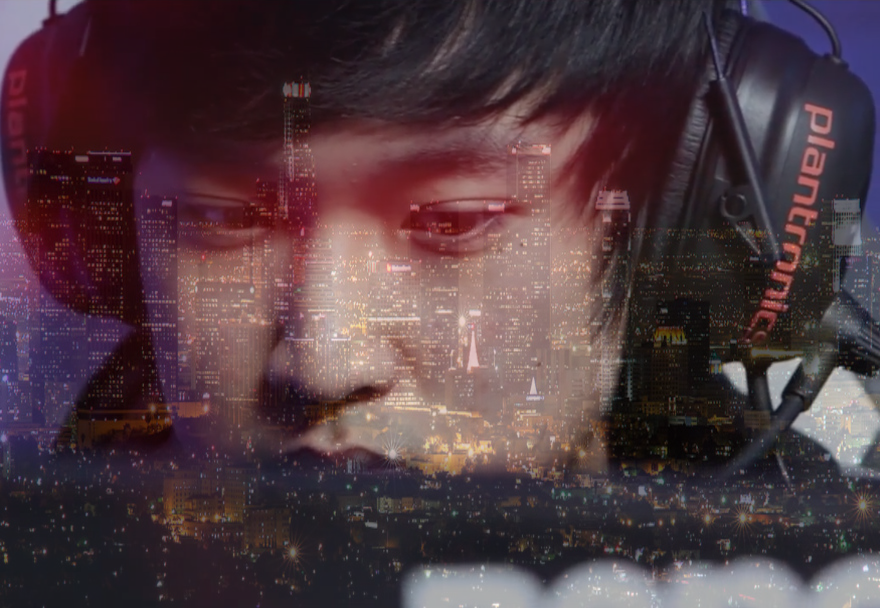 This article is a sequel to “Motivation: The Keane Story”.

All Roads Lead To L.A.

Lae-Young “Keane” Jang’s journey through the competitive scene of League of Legends had taken him through three different continents and dozens of amateur teams, but it wasn’t over yet. His team, Gravity, had just qualified for the 2015 North American Spring Split. Keane had played a crucial part in Gravity’s LCS berth, his excellent play in the final series bolstering the team’s spot in North America’s most competitive league. However, Gravity was a wild card, and no one knew exactly where to rank them amongst the elite. Most people predicted that they would finish the Spring Split somewhere between 6th and 8th place, while others believed that they could pull 4th. Many questions about the future of Gravity were raised, as the days counted down and the season opener loomed on the horizon.

Gravity’s first game in the LCS was against Winterfox, a team that numerous fans had high expectations for. However, the former EG squadron had run into some visa issues, with three of their starting five players subbed out for Week 1. The game looked rather one-sided for Gravity on paper, expected to be an easy win against a sub squad with minimal professional experience.

Gravity got smashed. With the help of multiple early ganks from ShorterACE, Pobelter’s Fizz ran amok on Gravity, destroying Keane in the Mid Lane and holding him to a poor 0/3/0 KDA on Azir in the opening 15 minutes. Gravity looked helpless, uncoordinated, and desperate in their LCS debut,  easily defeated by Winterfox’s dive-heavy comp. Keane and his rookie team limped out of the first day with their tails between their legs, looking like the worst team in the league. In their second game, Gravity was matched up against Cloud 9, who had been struck down by TSM the day before. Gravity opted for a team composition chock full of gap-closers, with Keane’s Zed racking up seven kills in a one-sided stomp. He throttled Cloud 9’s Hai in the Mid Lane, killing him twice with the help of Saintvicious and Hauntzer.

Keane and his team would strut into Week 2 of the LCS with a 1-1 record, their schedule pitting them against Coast and Dignitas. This was predicted to be Gravity’s easiest week of the season, and they delivered on the promise of two wins. Though Keane struggled on Azir against the ever-passive Shiphtur, Cop came up huge for Gravity, pulling a 4/0 KDA on Corki to bury the black and gold. In the final game of Week 2, Keane bossed around Jesiz in the Mid Lane, his Corki alongside Cop’s Kalista earning Gravity their first 2-0 week in the LCS.

The lows would follow the highs, however, as Gravity would split most of the oncoming weeks at 1-1. Little did anyone know, just weeks later, that Keane would definitively stamp his name on the Mid Lane meta for patches to come.

Gravity entered Week 8 of the LCS Spring Split sitting in the middle of the table, a perfectly even 7-7 record under their belts. They were to play TSM in Week 8, the fan-favorite North American juggernaut. Team Solo Mid were fresh off of a title at Katowice, winning a definitive series against China’s Team WE to bring the IEM Cup to North America for the first time. TSM looked unstoppable, with their rookie Jungler Santorin finally stepping up on the big stage.

All eyes were on TSM, as they prepared to take on Gravity in Week 8 of the LCS. Even with their international victory, the big question highlighted by the casters pre-game was whether or not the reigning IEM champs would be able to adjust to Patch 5.5. TSM started off the pick/ban phase by banning away Morgana, Hecarim, and Sejuani. Gravity replied with bans on Santorin’s Nidalee, WildTurtle’s Sivir, and Lustboy’s Annie.

TSM’s first draft rotation consisted of a Rek’Sai for Santorin, while Gravity opted to take Hauntzer’s Maokai and Bunny’s signature Thresh. During TSM’s second rotation, Bjergsen chose Zed, while Santorin hovered over Urgot, before switching to Lulu and locking in. Unfortunately for the unsuspecting TSM, The Headsman’s Pride would be eventually be their undoing.

Just like Gravity’s fateful Game 5 against CLG in the promotion tournament, the final Mid Lane pick rolled around to Bunny FuFuu. After ten seconds of hesitation, Bunny locks in Urgot. For a moment, even the casters are speechless. Scattered cheers were heard throughout the studio audience. Keane already had an unconventional champion pool, heavily relying on champions such as Corki and the occasional Orianna. He consistently struggled on meta champions like Azir, but was Urgot really the pick that Gravity needed?

Keane starts the game off well, holding a 5 CS lead over Bjergsen for the game’s first three minutes. However, the tables quickly turn against Gravity when a botched tower dive onto Bjergsen costs Keane First Blood. The TSM chants begin immediately as thousands of Gravity fans look on, their collective blind faith resting on Keane’s leather-clad shoulders. The game looks even worse for Gravity as Santorin ganks Mid, his Rek’Sai pouncing on the flash-less Urgot and picking up another kill for TSM. Cop and Bunny both go down in the Bot Lane, but Gravity perseveres.

Keane looks hopeless as Bjergsen engages on him once again, a ruthless Death Mark giving the Korean his third death in 17 minutes. However, Gravity receives a huge momentum shift at the twenty-minute mark, where a botched teamfight in a choke point results in a Triple Kill for Keane’s Urgot. The game begins to stall out, with TSM taking a slight kill lead towards the late game. With their sights set on Baron, Gravity flipped a switch. Bunny hooked in Dyrus, granting his team a kill and giving Gravity a small window of time to take Baron. Meanwhile, TSM shove down the Mid Lane, taking Gravity’s Inner Turret before retreating back to base. Dyrus ate another Thresh hook in the Mid Lane, dying for the 5th time while Gravity sieged TSM’s Inhibitor. After losing their 4th straight Dragon, TSM attempted another teamfight, a sloppy engage by Santorin sealing his team’s fate. In 36 minutes, fueled by the crowd’s energy, Gravity took down Team Solo Mid.

Gravity would ride off the momentum and go 2-1 in their next week and a half, beating Dignitas and Team 8, while dropping a game to the resurgent Cloud 9.

Keane and his team had secured themselves a spot in the Spring Split Playoffs, where they would have to beat Team Impulse in the Quarterfinals to move on. Game 1 of the series was a stomp for TIP. Impact unleashed his Hecarim on Gravity, and alongside Rush’s trademark Lee Sin, decimated the opposition. Keane outright lost lane against XiaoWeiXiao, finishing the game with a 2-4 KD on Orianna. In Game 2, Gravity looked more prepared. Cop’s Lucian stole the show, going 7-0 to give Gravity their first win of the series. Hauntzer tried his luck on Teleport/Smite Shyvana in Game 3, taking First Blood on Impact to give Gravity a slight edge in the early game. Impulse would fight back in a largely bloodless game, taking a 2-1 lead in the series and forcing Gravity to change up their style. The change failed, as XiaoWeiXiao destroyed Keane on Zed in Game 4 of the series. Impulse closed out the game in dominant fashion, eliminating Gravity from the NA Playoffs.

In the offseason, Keane returned to his homeland of Korea. He decided to focus on self-improvement, spamming Korean Solo Queue until he reached Masters Rank. It was in Korea that he would once again lane with the best, taking on legendary players  such as Faker, Deft, and ClearLove on the ladder. He would eventually meet Kang “Move” Min-su, a fellow Korean, who had previously played Jungle for EDG’s B-Team. The two began Duo Queueing, and Move was invited to move out to the United States to join Gravity. He eagerly accepted, and with the acquisition of Altec from Winterfox, Gravity had a team brimming with potential.

Find out the rest of Keane’s journey in my next article, Decimation: The Keane Story. I’d like to release it after the conclusion of Worlds, which it looks like Gravity will be qualifying for. In the event of Gravity not qualifying, the article will be released after Summer Playoffs. In the meanwhile, you can follow me on Twitter @GP10Moreton to stay up-to-date with my latest work.