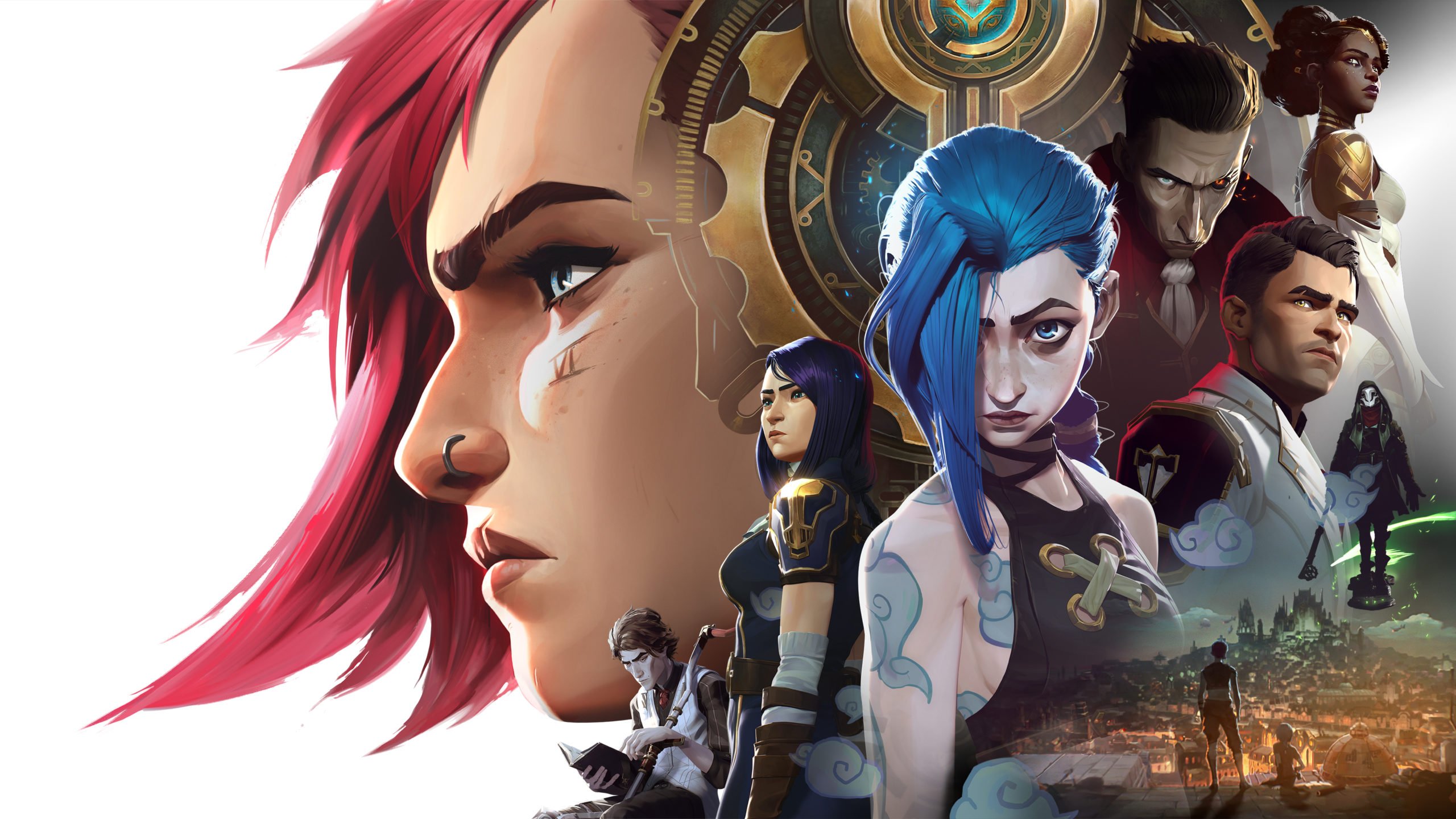 The first three episodes of Arcane—Riot Games’ first animated Netflix show centered in the world of League of Legends—have come and gone, marking the end of the first act of the three-act series.

Following the conclusion of these three episodes, the stage has been set for our protagonists to grow into the characters we know them to be in League, but questions new and old regarding their futures remain unanswered.

The final episode of Arcane’s act one ended with the unfortunate results of Powder’s attempt to save Vander while helping her sister and her friends. Despite being told to stay put by Vi, Powder’s insistence on showing her sister and her friends that she is more than a “jinx” leads her to combine the Hextech crystals from Jayce’s lab into her clapping monkey toy and venture to their location. While she believes she’s stepping in to save the day and prove her doubters wrong, she ultimately brings about the death of her friends and her father figure, as well as Vi’s betrayal.

Even though Vi turns her back on Powder after the younger sibling’s actions led to the death of so many of her loved ones, Vi’s sisterly instincts quickly kick in when Silco approaches Powder from the flames with his blood-soaked knife. Before she can step out of the shadows, however, she’s quickly pulled back and put to sleep by the same Piltover enforcer that had harassed the kids and Vander for the past few episodes.

League fans know Vi does eventually align with Piltover, armed with her massive Hextech-infused gauntlets, though there has never been specific reasoning as to why Vi would turn her back on all that she loved to join all that she hated. Yet following this episode and the contents of the teaser of the next act, this alignment appears to be for one reason alone: finding Powder.

Even in the heat of the final encounter with Silco, where Powder’s life seems to be on the line, Vi finds it within herself to jump back out to her sister—her only living family, whom Vi has consistently stood up for when the world acted against her. Despite the circumstances and all the pain Powder unintentionally inflicted in her attempt to save the day, Vi retains her heart, and that may be exactly what drives her from succumbing to the madness that eventually engulfs her sister.

In this turmoil, we also learn Vi’s real name: Violet. Though in-game she says “Vi stands for violence,” it seems Vi opted to remove this identity from herself due to its connotation with peace and serenity—feelings that juxtapose with how she needs to handle herself in the streets of Zaun. Like Powder will do in the coming episodes, Vi feels that this name—or shortening of her real name—better suits the person she knows she needs to be, not only for herself but for her family and friends.

The fearlessness Vi expresses in the face of Silco and his lackeys, including the goon empowered by Silco’s toxins, is evident of the Vi League fans have known for years. Yet so is the sheer rage and regret expressed towards Powder at the end of the episode. Now, as Vi grows further into the Piltover Enforcer we know her to be, this rage and regret will likely drive the success she finds topside and the motivations that lead her to team up with Caitlyn and the Piltover enforcers.

The powder keg is ready to burst

Powder’s situation following the conclusion of act three also results in her falling into the enemy’s hands, but with the idea of a heart and love towards her sister far removed from her character. While Vi fell into the hands of the enemies from the topside, however, Powder succumbed to the watch of the mysterious Silco, who appears to have allegiances both within Piltover and in Zaun. The exact extent of these contradictory ties has yet to be explored outside of a Piltover enforcer acknowledging that he did not follow some sort of “plan.”

Powder lies in Silco’s arms, unknowing of the atrocities he has committed and who exactly he is, but seeing him solely as a figure that would be able to console her at that moment. She had nobody else.

Vander’s body lay mutated, dead in the flames. Her friends are presumably dead, buried under the rubble of the factory she had destroyed. Vi had not only just punched and scolded her, but also left her to crumble alongside the burning building—seemingly renouncing her sister as her remaining kin, at least in Powder’s view.

Then we see her eyes. We see who we know as Jinx awakening inside the mind of Powder. In the cold, deceitful grasp of Silco, the purple, bloodshot eye becomes the focus of the camera. The blues of Powder’s eyes are replaced with a sinister look—one that appears hauntingly familiar to the League character we’ve known for the past decade. The person who had been Powder, Vi’s younger sister who was seen as little more than a “jinx,” was slowly turning into the culmination of all of the bad luck she had been associated with for years.

Silco believes Powder has the potential to bring about the chaos and destruction he sought to do himself before she destroyed his factory. This young girl from the streets of Zaun, malleable by his own hand, would become a force to oppose Piltover and the sheer essence of mayhem that would enable him to rule the undercity. “We’ll show them,” he whispers to her sinisterly as she weeps. “We will show them all.”

Though what we didn’t know until now was that trauma seems to play a major role in what drives Powder—eventually Jinx—into madness. The betrayal of her sister and the unintentional explosion that resulted in the deaths of her remaining friends and family appear to lead Powder into assuming the identity of Jinx and wreaking havoc freely against the world that had long been against her.

We know through teasers that Jinx and Vi do reconnect at some point, but their paths could not be more divergent and their goals couldn’t be more inconsistent with one another following the first act.

The only way out is up

We’re left with a few answers to long-standing questions that have shrouded the histories of both Vi and Jinx for years, but there are even more question marks in regards to what happens to their strained relationship from here on. Now that both of our protagonists are on different paths, the question remains as to how their journeys will once again intersect.

The shaky relationship between Piltover and Zaun seems to have even more issues than what appears at first glance after Silco’s reveal of dealings in both cities. While we may never learn what the “plan” between Silco and the Piltover enforcers was, it’s clear there is a certain level of corruption in both cities, regardless of the facades they may put on to others.

The story of Jayce, Heimerdinger, Viktor, and Caitlyn also leaves many questions, since they have yet to interact with Vi, Jinx, and Ekko. We know Vi and Caitlyn work closely together after Vi journeys through Piltover following her capture and imprisonment. How that relationship comes to be is not yet clear, though, since Vi expresses a clear disdain to all of Piltover—including its people. And considering Caitlyn is a Piltover noble, the likelihood of these two getting along is very slim.

Arcane continues with three new episodes as a part of act two on Nov. 13. This next act appears to be a time skip, with both Vi and Powder (who seems to have fully turned into Jinx) evolving into the characters we know from League. The Netflix series will conclude the following Saturday with a final set of three episodes as a part of Act Three.