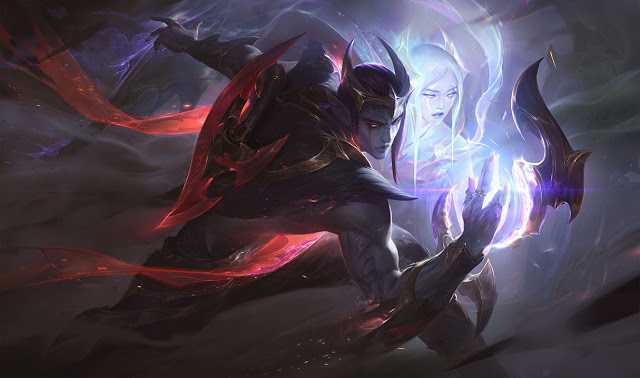 If you thought that Aphelios was suffering from some balancing issues, then you can probably use this clip of one League of Legends player almost killing a full health Lulu from across the map as your first example for any doubters or naysayers.

In the clip, the Aphelios player first placed a Crescendum sentry turret into a bush, and then recalled to his base. As he sat there buying items, a full health Lulu walked into the bush where the turret sat waiting.

By combining the Crescendum turret with an off-hand Calibrum, the sentry allowed Aphelios to auto-attack Lulu from his own fountain to the bottom lane. This is because the turret applied the Calibrum effect on the Lulu, which allows players to right-click ‘marked’ enemies anywhere on the map with an auto-attack from their off-hand weapon.

With three auto-attacks, Lulu was reduced to 49 HP—all without Aphelios stepping foot outside of his base. Granted, the Aphelios player was pretty fed by the time this play started, but many people agreed that a champion shouldn’t be able to do this to an opposing player from this distance.

One person said that Calibrum’s enhanced auto-attack shouldn’t have unlimited range, but instead should have a enhanced range. Other people have pointed out Aphelios’ scary potential when it comes to his burst damage and have called for possible changes or nerfs to his kit—Riot Games will need to address some of the overtuned aspects of his abilities soon.