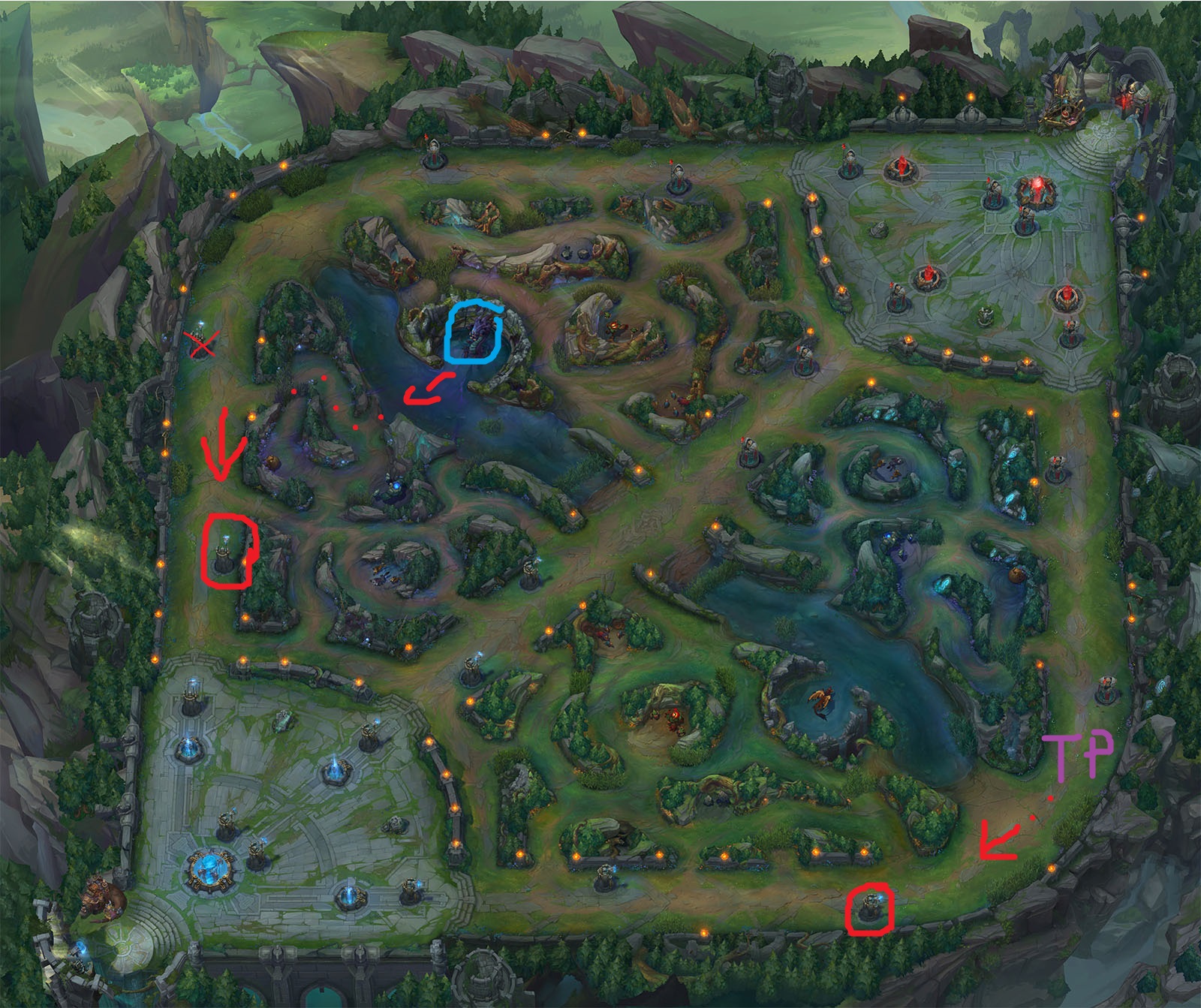 Some time ago Riot announced changes that are coming in the preseason and one thing that will have huge influence on the competitive gameplay is addition of Rift Herald. Rift Herald is in some way similar to dragon, only easier to kill and give 2 non-permanent buffs: 10% increase to all damage except True Damage and mini baron buff. Riot stated that their intention is to give player a buff that will help him push the lane and I am sure that will be the result, but not the exact result Riot expect.

I strongly believe that Rift Herald and the buffs he provides, unless nerfed, will influence the competitive gameplay to that extent that we will see permanent lane swap of bot lane to top lane and below I will present you with facts that support my thesis.

Here is what we know about Rift Herald at the moment:

? Spawns at the Baron Pit

? Melee-only attacker – but hits pretty hard. Need to be able to take a punch to tank RH.

? The Eye will occasionally open, exposing RH to bonus damage on attacks from behind equal to

? 50 global gold to everyone on the killing team

? Enhanced Baron Recall: Enhances nearby minions offensive power, same as Baron buff, with an additional attack speed increase. Does NOT increase their defensive power (don’t worry, you won’t have to deal with last-hitting Baron buffed minions in lane)

In a world where lane swapping is a common thing (competitive world, not soloq) the team that lane swaps will have better strategic position and vision control to take Rift Herald. When they take Rift Herald, they will have 2 options: to continue pushing second top turret and try to get to inhibitor or to send the player with the buff to push bot lane while other 3 players are staying in top lane (in this case top laner takes the buff).

Due to surprise effect of lane swapping enemy team is forced to also fast push bot turret. Enemy top laner must not stay top or else he will be pretty easy target to dive and he will reduce the push power on bottom lane. Some of you may think that blue team can easily kill dragon because 4 players are there but that would allow red team to push even more then blue team and also force blue team to send 3 players to top lane to stop the pushing.

Now let’s imagine situation where red team gives Rift Herald to top laner. He then teleports to bot lane and starts to push while the other 3 players go to top lane to also push/passively farm. With enemy support, top and jungler are on top lane due to pressure, enemy adc without any item due to him farming in a free lane and not going back, red team top laner, with buffs from Rift Herald and no real threat from enemy adc, can easily push the first turret. Mid laners farm as usual on the mid lane so they don’t have any impact on this.

As you can see, the red team have map pressure on enemy blue buff due to missing tier 1 turret on top lane and they can safely maintain the vision control around that area so they can rinse and repeat this tactic each time Rift Herald spawns. If they try to stop the push by sending jungler to bot lane to help adc to potentially kill red team top laner, their top lane turrets will be exposed since support and top laner from blue side don’t have enough wave clear to rappel the push of enemy team. So the only thing you can do to prevent this from happening is to play 2v2 on top lane.

Same thing can happen if blue team decides to lane swap, they will also have this advantage.

Also, after killing Rift Herald and sending top laner to bottom, red team can decide to dive and/or push the mid lane, depending on their needs and game plan.

Questions that arise from this are “Is it worth it?” and “Is killing Dragon and taking 1 turret equal to losing 2 turrets and giving away Rift Herald?”.

To the first question: teams that already lane swap do it for reasons (to avoid bad bot lane matchups, to try to delay enemy jungler by invading blue/red buff, because enemy team doesn’t know how to play lane swaps, etc) and Rift Herald will just help them strategically with their plan.

This second question is very debatable. In the situation where enemy team lane swap, you must take Dragon and first turret because enemy will take first turret and possibly second one. Since we can take only one turret, we can take Dragon while our adc kills the turret because we won’t go any further than that. This is a situation where you must act somehow to that lane swap and this is best option to do so.

If we ask this question from the aspect of planning ahead and giving away turrets and RH for Dragon and 1 turret on purpose, the questions comes to is it worth it giving away map control on the side of RH for a Dragon. When a team destroy turret, you lose safety they provide and enemy team creates pressure in that area because you can’t freely walk around, there are not turrets nor protection they provide. Given the fact that map pressure will be on the side where Baron spawns, which is huge for vision control in mid-late game, the question will remain until we see how good teams can best utilize Rift Herald and buffs he provides.

My opinion is that Rift Herald, alongside changes to ADC’s, masteries and items, will create space for creating a couple of interesting tactics and bring some diversity to the game.