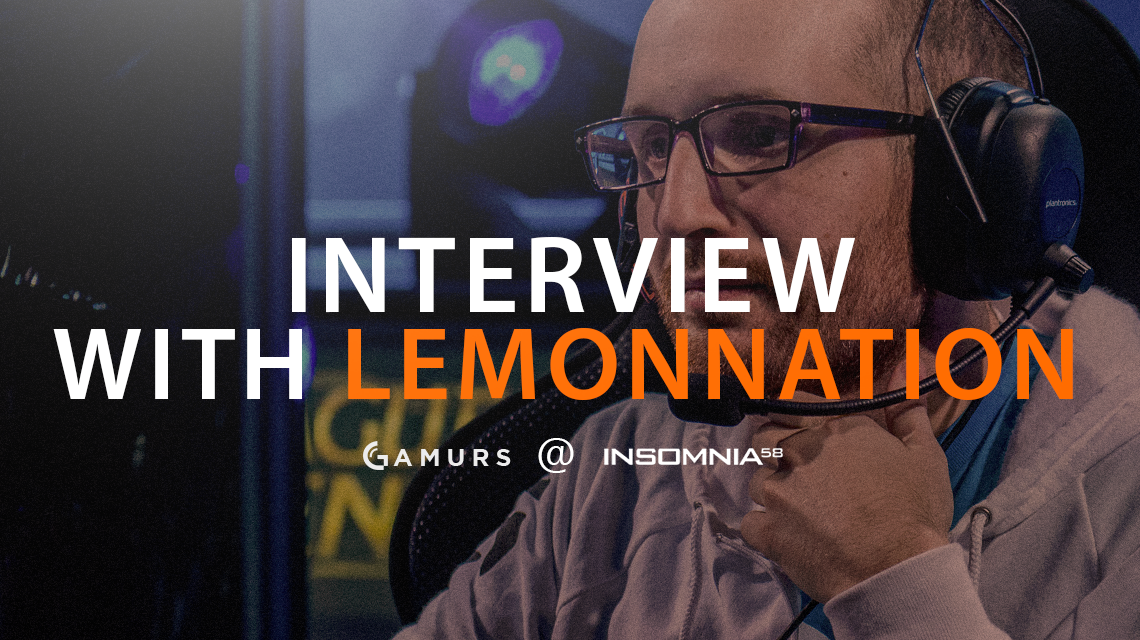 I had the chance to talk to current Cloud9 Challenger’s support, Daerek “LemonNation” Hart, about C9’s next match against Team SoloMid and to take a look back at his career during Insomina58.

Cloud9 goes against TSM tonight, what do you feel are their prospects of beating such an impressive TSM team and taking that number one seed from their grasp?

LN: “Honestly, TSM has been looking extremely strong and C9 has benefited a lot from these new meta changes where it’s forced 2 vs. 2. So, I do feel C9 has a chance, but if I’m being honest I do think TSM will definitely take it. If C9 can make plays on Bjergsen and gets kills off of him, they can snowball the game and get a win. The first blood tier is such a big thing that if they manage to snowball off that anyways, like if they managed to make a big play bot lane, then they can definitely win the game.”

So then who do you feel has been the stand-out performer for C9 in Summer Split?

LN: “Probably Jensen. Jensen is always very consistent and always very good. He always seems to get a lead and just keep pushing out tons of damage throughout the entire game–“

So then, if you could make a C9 “dream team” of the strongest lanes you’ve ever played with, what would you say is the best C9 team ever?

LN: “It’s hard to say, I couldn’t really answer that. The game has changed so much and people have had varied points of being strong and weak and that kind of thing that it’s hard to say who is the best.”

What would be the biggest highlight/achievement of your League career?

LN: “What made me happiest would be making the LCS for the first time because that is what made me a pro-gamer. Before that, I was just trying to be it and you know, and I had my parents questioning whether it was a good idea. So, actually making it in just gave me a lot of confidence and it felt really good.”

So what was the biggest challenge for you? As you said about your parents questioning, what drove you past that? What made you keep going?

LN: “I thought i was good enough, I had the confidence in myself I guess, so even though– It was mostly my dad would be more like ‘I don’t know if this is a real thing you want to pursue, maybe it would be better to go into a real job, it’s probably safer that way.’ And that is true most the time, so it is not bad advice or anything like that, but I thought I was good enough and it worked out.”

Lastly then, what pulls you to supports like Janna, Morgana, and all the Mage supports you play?

I still remember looking up your stats and seeing a Veigar game you played ages ago and you had a 9.0 KDA on it.

LN: “I remember! I played it and then Riot was already in the process of fixing it and it got nerfed the week after and it was super broken when I played it, it was ridiciulous. That instant spell was so broken, it was kind of weird that it went under the radar for so long as it was definitely broken for awhile.”

What are your thoughts on our interview with LemonNation? Who do you think will take the LCS Summer Split crown between TSM and C9? Let us know in the comments below and be sure to follow us on Twitter – @GAMURScom – for more esports news and coverage.

LemonNation was speaking at the first League Fest, a three-day festival featuring a live Pro Am tournament, opportunities to meet some of the top League gamers and the UK’s biggest cosplay competition