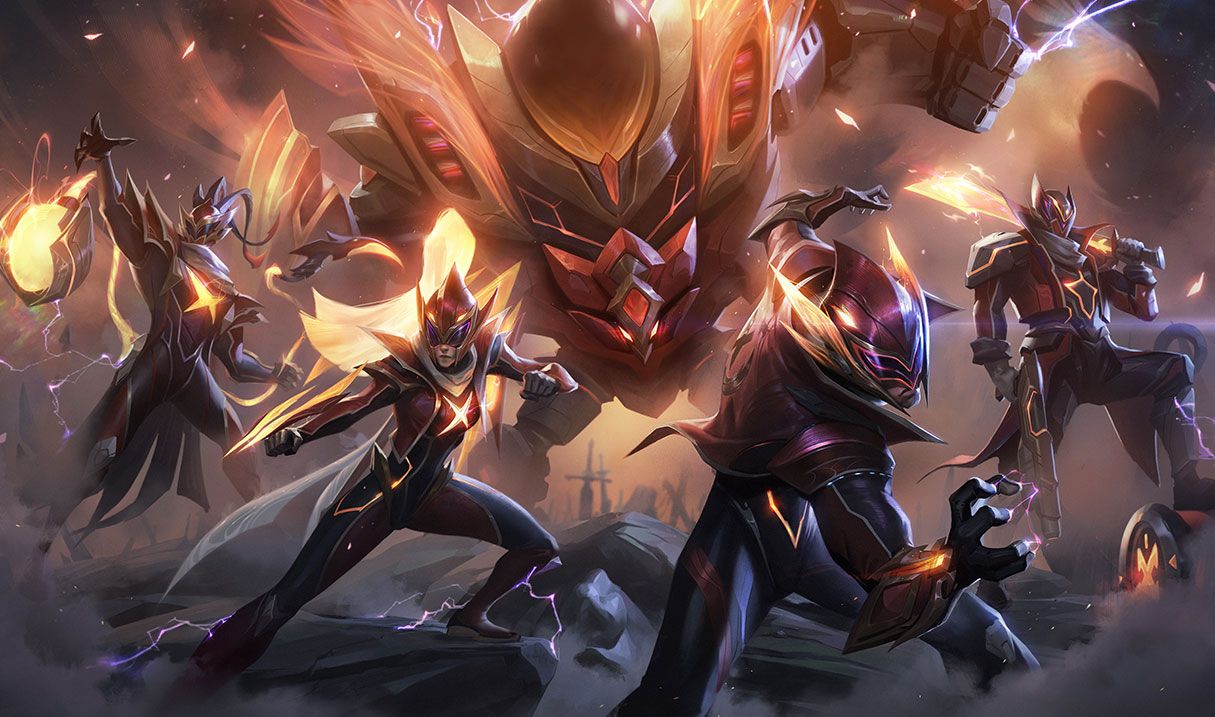 League of Legends, other than being the most popular MOBA alongside Dota 2, is well-known for being free-to-play. In order to keep League free, yet profitable, Riot Games has, in the early days, introduced the system of skins to the game. Skins, which adorn champions, together with their abilities, into a unique appearance, range from 390 RP to 3250 RP in cost.

Although it’s no secret that specific skins noticeably improve the champion’s fluidity and gameplay, such as High Noon Ashe and Irelia, League, in fact, has tons of pay-to-win skins that either have wonky hitboxes or lesser spell clarity. Project Ashe, Darkwaters Vladimir, Infernal Shen, and iBlitcrank, to name a few, fall into this category. Since the developers are continuing to work on fresh skins to perk up the game, League today doesn’t lack pay-to-win skins that can occasionally decide a game.

Here’s a list of pay-to-win skins that will definitely, over time, grow longer.

When talking about pay-to-win skins in League, skipping Ashe’s iconic Project skin is impossible. Although Project Ashe gives players a smoother feel to rather clunky and slow animations, this skin has a deceiving hitbox that even Faker himself has fallen victim to. Other than misleading ultimate hitbox, Project Ashe is one of the best Ashe skins that take Ashe’s gameplay to the next level with smooth animations auto attack animations and rich particles.

Infernal Shen skin comes from the Infernal skin line universe where the summoned Ashen Lord transformed the lands into ash, cinders, and fire. Infernal Shen, a battlefield warrior, joined the battle in a blink of an eye to lend a hand to endangered titans. Shen’s infernal skin, which lavishly embodies the infernal theme, although rich, yet moderate with particles, has a hard-to-see ultimate spell. Loaded with shades of red, Shen’s ultimate, Stand United, is particularly challenging to notice, especially mid-teamfight. This, naturally, gives Shen’s team a small, yet game-changing advantage that, if it goes unnoticed, baits the enemy team into a game-threatening situation.

The Dark Waters theme is, alongside the Cosmic skin line, the most mystifying and enticing theme in League. Although Riot hasn’t expanded the Dark Waters universe over the years, these skins still remain one of the League’s biggest gems. Dark Waters Vladimir, including intriguing lore worth exploring, is well-imagined skin with beautifully colored particles that will definitely urge you to take Vladimir for a spin. Although magnificent beyond any comparison, Dark Waters Vladimir’s spells are awfully difficult to see in the darker areas of Summoner’s Rift. Vladimir’s ultimate, Hemoplague, which is crucial to dodge, often proves to be almost transparent, leaving little to no room for counterplay.

Over the years, Blitzcrank has been the bane of low-elo AD carries who are slow with their mechanics and greedy with their Summoner spells. Simple in its design, iBlitzcrank adds to low-elo AD carries’ struggles with seemingly smaller and shorter Rocket Grabs. Since Rocket Grabs should absolutely be dodged, iBlitzcrank skin will always give you an edge over the opposing bottom laners that won’t expect that hook landing.

Archlight universe in League tells a story of incarnated Agents of Light. Arclight and Justicar skins include light-imbued spell effects that, in many cases, seem to be extremely undistinguishable. Archlight Varus’ ultimate, although slightly more visible after the visual gameplay update, can be barely noticed, making it terribly demanding to dodge. On top of that, the second part of Chain of Corruption, which, after a delay, spreads over to other nearby enemies, can hardly be noticed due to thin and small light particles.

Although Lux has a handful of pay-to-win skins like Elementalist Lux and Steel Legion Lux, Cosmic Lux is the latest addition to the pay-to-win club. Having silent and barely distinguishable both Light Binding and Lucent Singularity, Cosmic Lux skin can easily find you crucial picks that push your lead even further. Still, Cosmic Lux easily falls into the category of the most beautiful League skins.

Pro players, as a rule, seek even the slightest advantages that would help them win a game of League. So, it comes as no surprise that most junglers and top laners, when playing Gragas, use Arctic Ops Gragas. Arctic Ops Gragas has deep blue particles and almost noiseless sound effects that can barely be noticed in a chaos of a teamfight. On top of that, Arctic Ops Gragas is one of the smoothest Gragas skins that can improve your outplay potential.