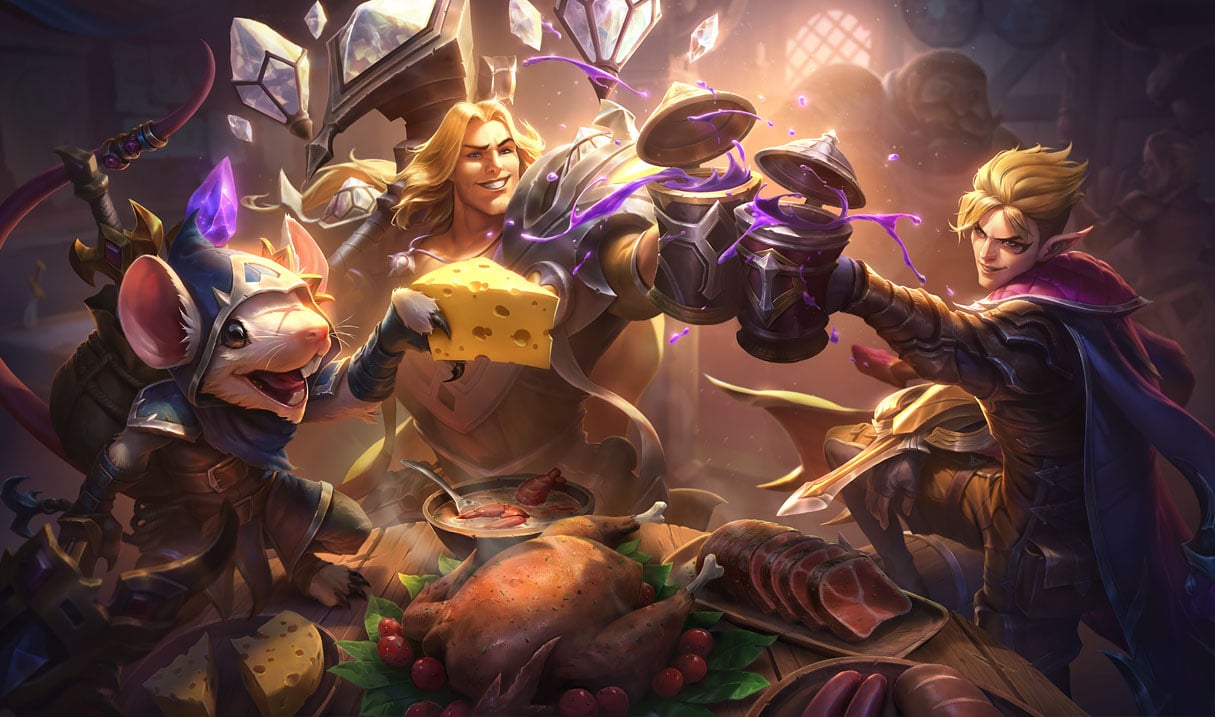 League fans, get your wallets ready. A total of nine skins are hitting Summoner’s Rift later this month with the Patch 10.6 cycle, including new Dark Star and RPG-themed skins.

Malphite, Xerath, and Mordekaiser are in for new Dark Star skins this patch. Each of the champions’ new skins sell for 1350 RP and redesign each of the characters as dark purple and crimson beings from deep space. Lux is also receiving two galactic-themed looks with her new Cosmic skin and its subsequent Dark Cosmic counterpart. Both of Lux’s new looks will sell for 1,820 RP and will feature new voice-overs and brightly colored visual effects.

Riot is also revisiting the RPG-themed skin line in Patch 10.6. Talon, Twitch, and Taric have been re-imagined as inhabitants of medieval times with their Blackwood, Shadowfoot, and Luminshield skins, respectively. Each of the three RPG skins will sell for 1,350 RP.

Talon Blackwood, Taric Luminshield, and Twitch Shadowfoot will be the first skins from the patch to arrive in the client’s shop. The three RPG-themed skins will go on sale March 19, while the Dark Star and Lux skins will become available for fans to purchase beginning March 26.

Each of the nine skins will release alongside a set of chromas for additional purchase. Dark Star Malphite is the lucky recipient of this batch’s Prestige Edition, which fans can buy with event tokens while the Dark Star event is live.