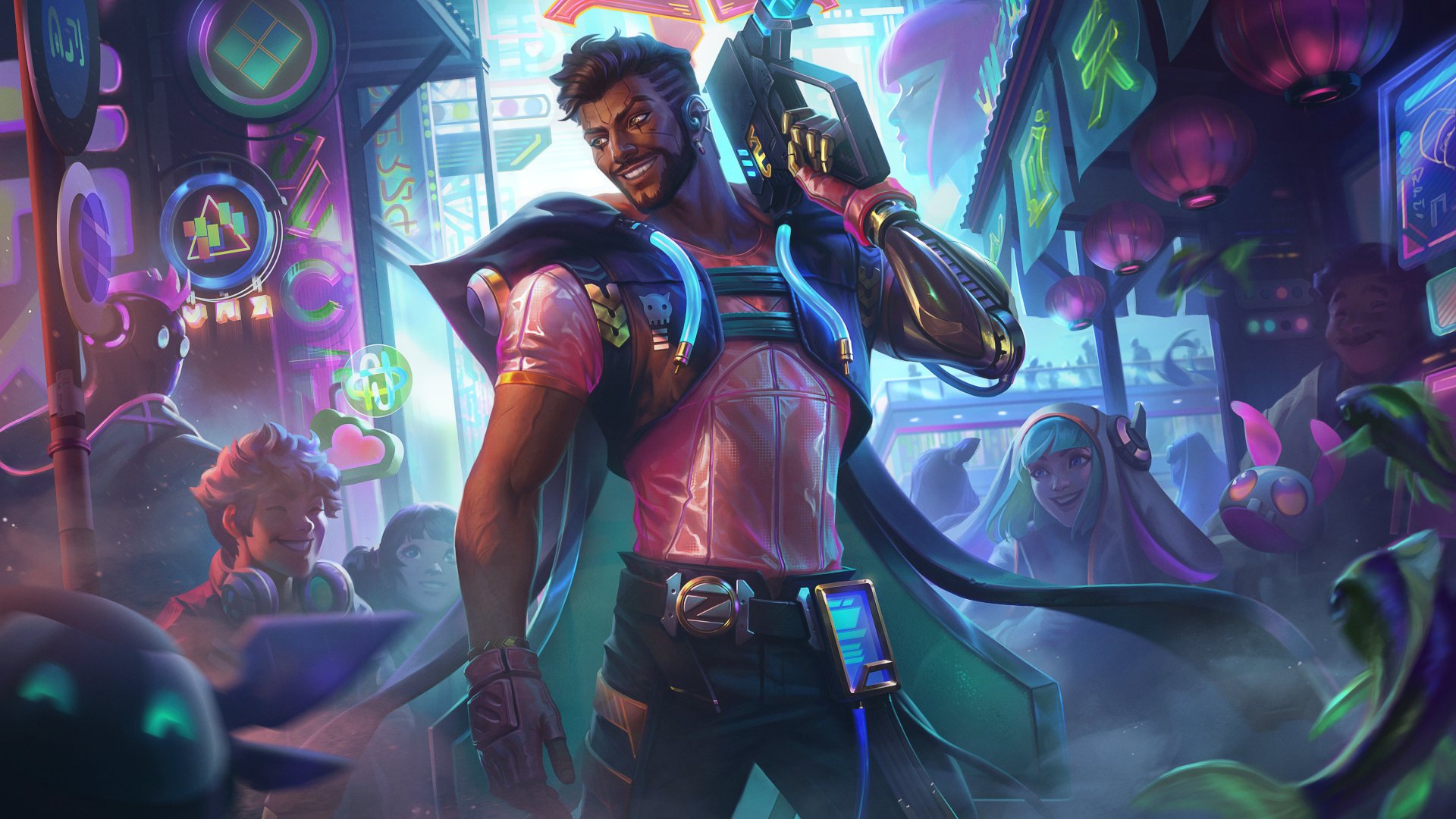 In the battle against the Ruination, every single League of Legends player will need to gather all their might to protect Runeterra from the Black Mist. Luckily, Riot Games has revealed Akshan, the Rogue Sentinel, as the latest champion to join the fight for the light—and he’s bringing plenty of tools to take on Viego and the forces of the undead.

Whether he’s swinging into a teamfight or hunting down a Scoundrel that killed his allies, Akshan brings plenty of mobility, damage, and spiciness to Summoner’s Rift. His three-hit passive also gives him plenty of skirmishing power with his shielding and movement speed boost. He even has a chase-down mechanic where he gains camouflage, movement speed, and mana regeneration when following a trail left by a Scoundrel.

Check out all of Akshan’s abilities here.

Every three hits from Akshan’s attacks and damaging abilities deals a burst of physical damage. If the target was a champion, Akshan also gains a shield.

After attacking, Akshan fires a second attack that deals reduced physical damage. The second shot can be canceled like a regular basic attack. If Akshan cancels the second shot, he gains a burst of move speed.

Akshan throws a boomerang that deals physical damage and reveals enemies hit, extending its range each time it hits an enemy. Enemies can be hit once as the boomerang goes out and once as it returns.

Passive: When enemy champions kill one of Akshan’s allies, they’re marked as Scoundrels. When Akshan gets a takedown on a Scoundrel, he gains bonus gold, all allies killed by the Scoundrel are resurrected at their base, and Scoundrel status is removed from all other enemies.

Active: Akshan becomes camouflaged for a short duration, or indefinitely while near terrain. During this time, Akshan can see trails leading toward Scoundrels and gains move speed and mana regeneration while moving toward them.

Akshan fires a hookshot that embeds in the first terrain hit. While embedded, he can recast to swing around the terrain in the cast direction, firing physical damage bullets at the nearest enemy while swinging. While swinging, he can recast again to jump off in the direction of the cursor and fire a final shot.

Heroic Swing’s cooldown resets when Akshan earns a takedown on an enemy champion.

Akshan locks onto an enemy champion and begins channeling power into his gun to store bullets. At the end of the duration or after recasting, Akshan unleashes the stored bullets, each dealing physical damage based on missing health to the first minion, champion, or structure hit.

Akshan can move normally and cast Heroic Swing while channeling and firing Comeuppance.

Dive into the fight against darkness when Akshan is released in Patch 11.15, which is scheduled to drop on Wednesday, July 21.