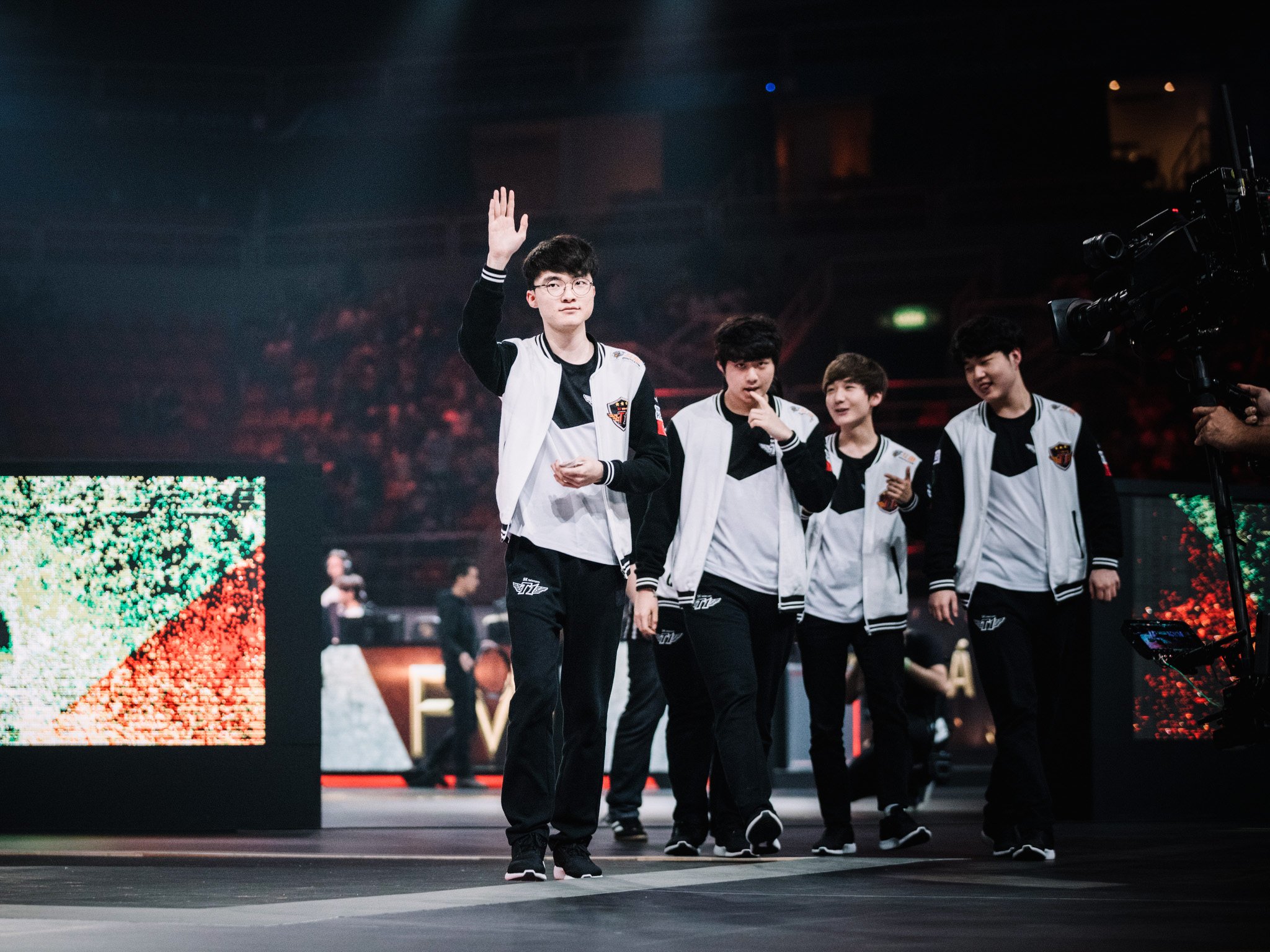 For much of the last two years, the Afreeca Freecs have been the definition of mediocrity.

Since joining the LCK in 2016, they’ve been a frequent playoff participant but have yet to win even a single game. But tonight, the Freecs might be getting their dream matchup in the Summer Playoffs: SK Telecom T1.

Wait, that can’t be right. SKT are the best team in the world. They’re three-time world champions and trying for another title defense this fall. They have the best player, Lee “Faker” Sang-hyeok, and best coach, Kim “kkOma” Jung-gyun. Surely, Afreeca are no match for them, right?

Well, if there’s one good team Afreeca has been able to beat, it’s SKT. They’ve picked up a victory over SKT in each split they’ve played in, most recently a clean sweep in week six that sent SKT into a tailspin.

Still, this is SKT. They are the most clutch team in League. After a bumpy ride last summer, they still won Worlds. SKT are just experimenting before turning on the jets, right? Surely they won’t actually lose to Afreeca and risk getting stuck in the regional tournament?

On the other hand, what do the Freecs need to do to finally shake their playoff nerves and take down SKT when it matters?

The most interesting matchup in this series is the top lane, where former SKT top laner, Jang “MaRin” Gyeong-hwan, is starting for Afreeca. MaRin is a famously resource-needy top laner who loves to dominate his lane. Both MaRin and current SKT starter, Park “Untara” Ui-jin, love to splitpush, and that strategy is often a key win condition for the team.

A key champion pick in this matchup will be Rumble, who is by far Untara’s favorite champion. He’s played as much Rumble this year as his next four champions combined.

But MaRin is one of the original Rumble innovators, having proved his mettle on the champion during SKT’s Worlds run in 2015. He played Rumble into Song “Smeb” Kyung-ho three times in the finals that year, dominating the matchup in a way that few top laners have since. MaRin knows the ins and outs of the Rumble matchup, and if he can get ahead of Untara, that would be big for the Freecs.

The question then is: will SKT throw Heo “Huni” Seung-hoon, another noted Rumble player and a far better teamfighter, into the mix?

When Faker and Smeb went back and forth over several epic series in 2015 and 2016, the one weak link was Tigers’ mid laner Lee “Kuro” Seo-haeng. It seemed like whenever SKT needed it, Faker would body Kuro and that would be that.

Now on Afreeca, Kuro hasn’t really improved. He’s struggling in the mage-centric waveclear meta, and has some of the worst numbers among LCK mids. He gets the second-least gold among all mid laners in the region.

But he has also played some good games against Faker. The key? He needs help. When the Freecs last beat SKT, Kuro pulled out a 5/1/5 game on the risky, scaling Kassadin. Predictably, he got shoved in by Faker’s Taliyah and was down several dozen CS.

Junglers aren’t normally supposed to gank for losing lanes. If there’s a risk that the gank could be turned by the fed opponent, why not go somewhere where you’re ahead? But Lee “Spirit” Da-yoon camped mid anyway, and got first blood for his efforts.

The camping didn’t stop. Spirit was constantly at Kuro’s side, getting the Kassadin so fed that SKT had no way to reply.

Pray for a miracle

MaRin and Kuro will have to hard carry this, because there’s an even less chance that the Freecs’ bot lane will do the heavy lifting. Beyond that, they have to pray for a miracle. SKT is that good. Sure, they went on an uncharacteristic slump this summer, but improved focus has them mostly back on track. A win vs. KT at the end of the split showed just how dangerous Faker and crew can be.

It’s possible that Afreeca can all play to the best of their abilities and still lose, because the SKT skill ceiling is higher. All they can do then is pray that they catch SKT on one of those off nights.

The problem? Faker’s fans call him God. Praying to that deity is not going to work tonight.

Stats via Oracle’s Elixir and Games of Legends.