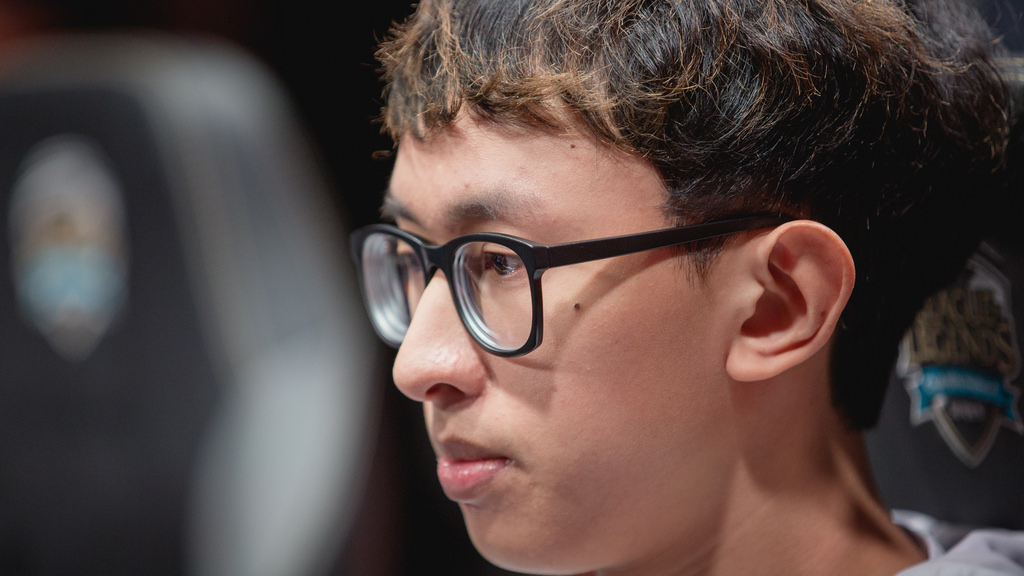 Not only did Echo Fox crush Clutch Gaming in a gruesome 3-0 sweep, Adrian also played a very strong series. Adrian told Dot Esports that they never doubted for a second that they could destroy Clutch. Full of confidence in himself and in his team, he also said that there wasn’t a single bot lane in the league that gave him trouble, other than TSM’s.

We spoke to Adrian to discern his thoughts heading into the future with Echo Fox, as well as the team environment and his past squads in the NA LCS.

You didn’t end the split with an MSI qualification, but Echo Fox still did really well in hindsight. Do you imagine there will be any crazy roster shuffles, or do you think your team will focus on what they have and improve on it for summer?

Adrian: I don’t think there will be any crazy roster changes in our team. I think we’re definitely the second best team in North America right now behind Team Liquid. We’re the only team that’s really good right now. So yeah, I don’t expect any crazy changes, but I think we have a really strong foundation going into Summer Split. I think a lot of other teams will do some crazy changes.

Do you think Clutch was hyped up a little too much?

You mentioned that you think Liquid is probably the only other better team in the league. Why do you think they have the edge on you?

Do you think Liquid’s success is due to their veteran-stacked roster?

When Echo Fox gets a little more time under their belts, do you think you’ll be better than Liquid?

I think we’ll be equal or better than them.

Which teams had bot lanes that gave you the most trouble on stage?

Honestly, I didn’t have problems with any other bot lanes except for TSM’s bot lane. [Jesper “Zven” Svenningsen] and [Alfonso “mithy” Aguirre Rodríguez] are very strong. They just got knocked out by Clutch Gaming, though, but other people don’t really scare me at all.

At the start of the split, your team’s strategy focused on helping top lane carry. The meta shifted down to bot lane later in the split, though. Do you prefer a meta with more focus on the bot lane?

I prefer it with more of a focus, because that means I get more resources and maybe more ranged supports. It was something we weren’t able to adapt to that fast. I guess we sort of forgot how to play around bot lane, and we’re still all learning these steps. We finally figured it out again, and hopefully when we go into tournaments we’ll be able to play both.

For the last few splits, Echo Fox were one of the worst teams in the entire region. Was there any pressure to really succeed and fix the reputation of the team this split?

Yeah, we were aiming for playoffs only because Echo Fox had never made it into the playoffs. So at the very minimum, we felt we needed to get them into the playoffs, and then we decided we wanted to win it all. Unfortunately, we didn’t. I think we still exceeded expectations. They’ve never won anything, they’ve always been near relegations, and now, we went above and beyond. And now we’re the second best team in the league.

Why do you think 100 Thieves will struggle against Liquid in the finals?

I think it’s everything—how passive they are in every role. Maybe they can pop off with [Zaqueri “Aphromoo” Black], but Aphromoo and Cody Sun will have to play really well for them to even have a chance. It’ll be hard because [Yiliang “Doublelift” Peng] should be able to contain them. A lot of times we play against Liquid, we’re in winning positions, but we make a lot of mistakes and give the game back to them. They punish people for mistakes.

It could be because we had a bye, and we were nervous because we weren’t sure if we had everything set up or not. Maybe there was too much anticipation.

How would you compare Echo Fox to your past splits on Immortals, Dignitas, and Phoenix1?

I think Echo Fox is pretty similar to my 2016 Immortals days. We’re all really aggressive and we try to make plays. I think we clicked way faster on Echo Fox than on both Dignitias and Phoenix1, and we didn’t have individual talent holding us back. We were able to click really fast and push our limits, while we were still learning a lot of basics on Dignitas.

Echo Fox also gives us way more freedom. On previous teams, everyone is forced to live in the gaming house, stay in the house all day, and practice from the house. On Echo Fox, we have separate offices, a separate gaming house, and you even have a chance to live on your own and do your own thing. It’s really responsible, and we treat it as our work.