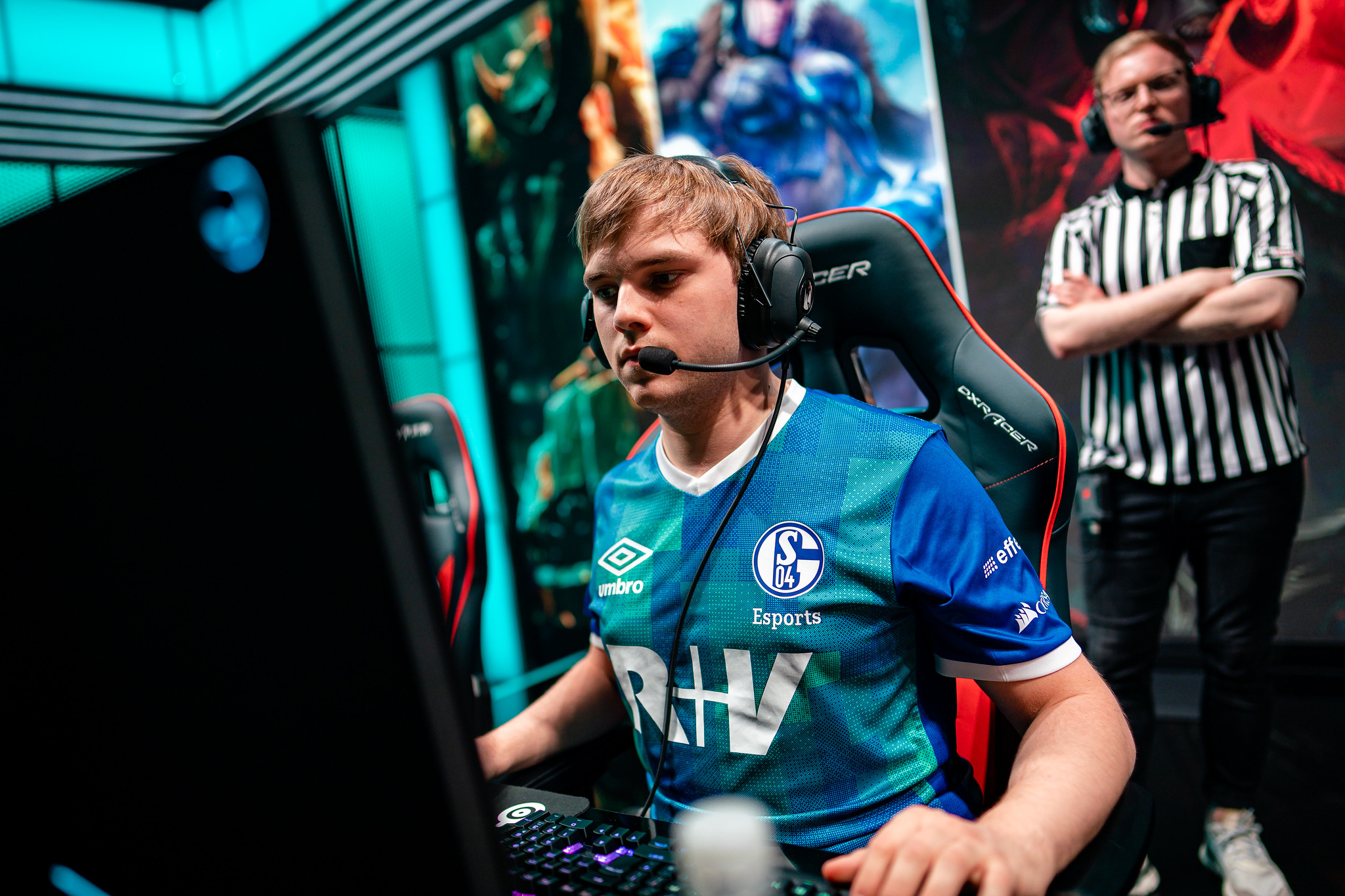 Schalke 04’s young mid laner Felix “Abbedagge” Braun talked about how fellow teammate Kim “Trick” Gang-yun helped him get his confidence back after a rough 2019 Spring Split with the team in his latest post on The Players’ Lobby.

Abbedagge hasn’t been in the league for a long time, but he’s one of the newest, brightest players to hit the competitive scene. With his help, Schalke locked in a playoff berth for the 2019 LEC Summer Split. But Abbedagge said that he had to traverse a long, difficult road before he was able to reach the point that he’s at now.

After failing to qualify for the 2019 LEC Spring Split playoffs, Abbedagge’s confidence was at a new low—he began to question himself and his ability as a player. But when Trick was added to the lineup, he helped Abbedagge find his strength ahead of the summer.

“He’s a player with a lot of experience and knowledge—both in-game and out,” Abbedagge said. “He knows how to get players working as a team, and on an individual level, he helped me gain my confidence back. He and PerkZ had worked very well together, and he wanted the same for us as a duo.”

With a newfound belief in himself, Abbedagge has helped push Schalke 04 to a 9-7 record this season. He also has the second-most assists and the third-highest kill participation percentage among all LEC mid laners.

Abbedagge has plenty of things to work on, but with time and experience, he should be able to rise up the ranks as a top mid laner in Europe.