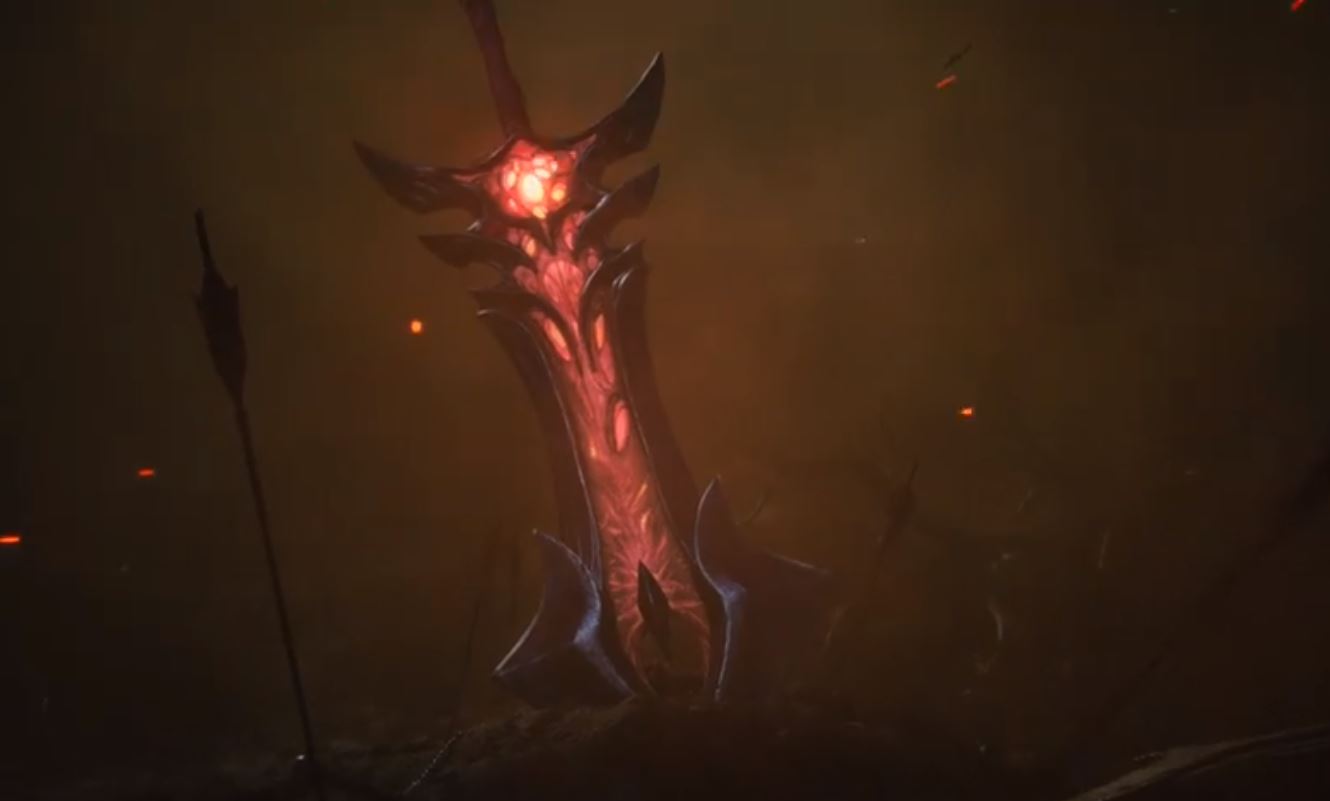 Aatrox’s large-scale update is nearly here, and Riot has given fans a taste of what it’ll look like in today’s teaser video of the update.

For starters it’s horrifying—but that’s a good thing, because Aatrox should be horrifying. He’s a bloodthirsty demon that seems to be fueled by murdering people, and he should feel just as scary to play and play against as that sounds.

That being said, this teaser definitely made a good first impression, and it even gave a little hint as to what we can expect from his new kit.

His new title of “World Ender” certainly sounds like his abilities and overall design are meant to be much more intimidating this time around. His demon-sword literally soaring across the battlefield to him like Thor’s hammer means that we’ll probably see some of that within his kit, too.

Between the world-ending power and a flying sword, Aatrox certainly sounds like he’s being upgraded—at least in terms of how badass he is. We hope that he’ll be upgraded in other areas, too, because he needs it. As any large scale update, this will be a total overhaul of Aatrox from the ground up. He’ll look different, have different abilities, and there’s a strong possibility that his voiceover will be new too.

With all of these additions, hopefully Riot has solved some of his more glaring problems. His character fantasy and theme were never realized through his gameplay and his kit was extremely generic and not memorable.

With a teaser today and Patch 8.12 coming this week, Aatrox’s update should make its debut on the live client in about two weeks with patch 8.13.