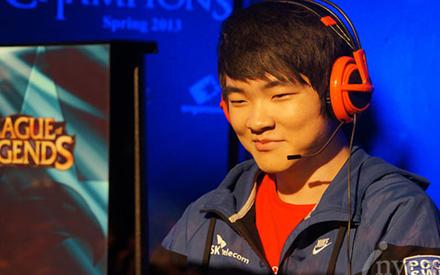 The class of Riot’s public relations team never fails to impress me. Today, Riot issues their complete response on the issue of the controversial stream SpectateFaker. Written from Tryndamere’s perspective, the response clearly illustrates Riot’s legal standing and philosophical viewpoint on the subject of streaming from their API.

The legal terms of this issue have been discussed at length from several journalists and countless reddit threads. Riot’s terms of service state that players sign their rights away to the gameplay content they create. Therefore, Riot has the legal capacity to take down any stream they wish with a DMCA. This busts the myth that Riot will alter their teams of service to resolve this conflict.

Riot has chosen to not write a single binding policy blocking content of third party streamers but instead to treat similar situations in a case by case basis. Riot’s stance is that by allowing this behavior to continue, it has the potential to lead into other malicious problems. Several examples were provided with fictitious scenarios including the comical viewing of a bronze player with intentions to harass and bully said player for comedic purposes or a female streamer being harassed by a narrator based on her game play. Riot stated they will intervene and shut down these streams with no questions asked and they will provide a better system for streamers to contact Riot regarding these issues.

The section that impressed me the most was Tryndamere’s analysis of his prior actions. He stated that his initial response was an emotional one stemming from his passion of anti-bullying. He wanted to make it very clear that Riot’s interest was protection of the players and by doing so, he admitted, may have made him seem like the bully. He created a small list of events which can be summarized to say he was wrong to characterize StarLordLucian’s actions as a form of estalking, he commented too quickly through social media platforms, and he didn’t have the full context of the situation when he took action.

The overall decision of Riot will be a DMCA takedown of StarLordlucian’s stream because Faker stated he is uncomfortable with the feeling that his gameplay can be streamed without his consent. You can’t help the irony of noticing that Riot’s API system will still allow anyone to spectate him. However I do agree that streaming this on a competitor’s platform (twitch) hurts the brand of Azubu due to their contract with SKT.

This response speaks volume to Riot’s intentions. They have displayed that they will do whatever they can to protect their pro players interests but also their corporate partners interests. Having a complete monopoly of the professional scene and ownership over the game puts them in a unique situation. So far they have done an excellent job of management regarding legal issues considering the owners have no prior experience, in my opinion. Their unique monopolistic position leaves them very vulnerable to criticism from the community but this response is yet another example that Riot’s ultimate goal is to create a player safe environment. This response provided some transparency of Tryndamere’s actions which resulted in admitting his mistakes but also shows that his biggest mistake was responding too quickly to a public issue. We have praised Riot for their customer service skills but this mistake means that Riot now has to make sure they have all of their facts straight before responding to public issues which may result in a slower response rate than we are used to.