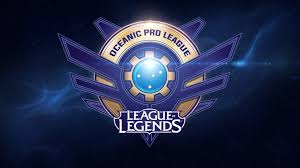 – Sudden Fear vs 4not

A preview of the games:

A match up that is quickly becoming Oceania’s equivalent of EU’s “El Classico”.  One of the 1st most notable match ups between these two being the meeting at OCE’s Winter finals. This encounter saw both teams under different banners, Chiefs being Immunity at the time and Legacy being Avant Garde Ascension. We saw AVA or Legacy as they are now take the victory in this encounter which saw them represent Oceania in the International Wild Card Tournament, narrowly missing out on worlds by falling to dark passage in the finals.

Following this the two came to meet again in the Oceanic Regional Semi finals. As with the last time legacy took the win and advanced to the Regional finals to fall to Avant Garde, However during this matchup we saw MinkyWhale going from a Top lane starting role, to a coaching role which saw TallyWhacka take up a starting role as a Top Laner. Since then however TallyWhacka has swapped roles with former Marksman Cardrid, now seeing Cardrid as the starting Top laner and TallyWhacka as the starting Marksman.

These roster swaps bring an air of uncertainty for legacy, However Chiefs have one of the oldest line-ups in OCE history in terms of time played together, which brings with it good synergy and a fluent communications of which many newer teams would be lacking  due to lack of time together as a unit. With this said it is clear to see that legacy is a slightly different team and as such it is unknown how well these roster changes will play out until the games get underway, but with the way this match up has played out in the past it would seem legacy may have a slight edge.

4not qualified for the OPL in quite convincing fashion only dropping a single game in their quest for a spot in the Oce Professional League. Legacy as previously mentioned have been quite a dominant force within Oceanic Pro LoL making the Finals of Winter Regional’s and the  finals of the Oceanic regional tournament. When taking into context the experience of the two teams one would assume legacy would have an advantage in this encounter.

However it is safe to assume these games will be largely decided by whichever Jungler manages to have the bigger impact, as both Carbon for Legacy and Naya for 4not seem to be linchpins to their teams success. Naya known for his Hard engage champions such as Wukong and his signature Amumu, and Carbon known for a more assassin based style such as Kha Zix, rengar and Fizz. This will be an interesting set of matches to watch. Once again with a slight edge given legacy in this encounter due to their consistency and experience.

With Sudden Fear coming off of a high after being Qlimax Crew for a spot in the OPL they should be in fighting spirit to take on Chiefs, and they will need to be to compete. Chiefs have proved time and again why they are a top tier Oceanic team, and sudden fear are coming in relatively unproven still. In order to win Ayy Paps and apink bomi will have to derail Swiffer and Spookz duo pain train. As Chiefs mid and jungle synergy is quite possibly the strongest in OCE at the moment. Escpecially if Swiffer on his Ahri and Spookz is on his Lee Sin, this combination has been seen many a time to great effect. This match up seems to be slightly in favour of Chiefs, however the result of their encounter with legacy earlier in the night might play into the mentality of the team which could throw them off balance. But the veteran status of this line-up maybe able to hold themselves together if a defeat were to come around.

Sudden Fear vs 4not:

This will encounter will be see an interesting Top lane match up, seeing ChrisMis Trees for Sudden Fear up against 4not’s Carlos Is God. Both of these guys showed a rather convincing performance in their qualification matches for the OPL. Carlos Is God looking particularly good in the games against Team Immunity really pressuring JK Smithy’s Gnar with his Irelia. That being said ChrisMis Trees also looked quite strong on Shen against Qlimax Crew’s Skwiggle on Irelia, out roaming and having much more map impact and giving an overall better all over performance. Another interesting match to watch would be the Marksman, Energizer for Sudden Fear and Cnj for 4not. Both having good performances in the qualifiers Cnj on Ezreal being most prevalent.  Both seeming to prefer a longer range Champions making them harder to pick off.  Both of these teams being rather inexperienced would seem to make a rather even playing field, however it would seem that a slight edge could be given to 4not due to the dominant performance shown in the qualifying games.

These first games during week One will be rather telling as to the continued performance of the Teams. Expect to see the veteran teams coming out on top, however do not rule out the possibility of an upset if tilt plays as a factor after a lost game or two.