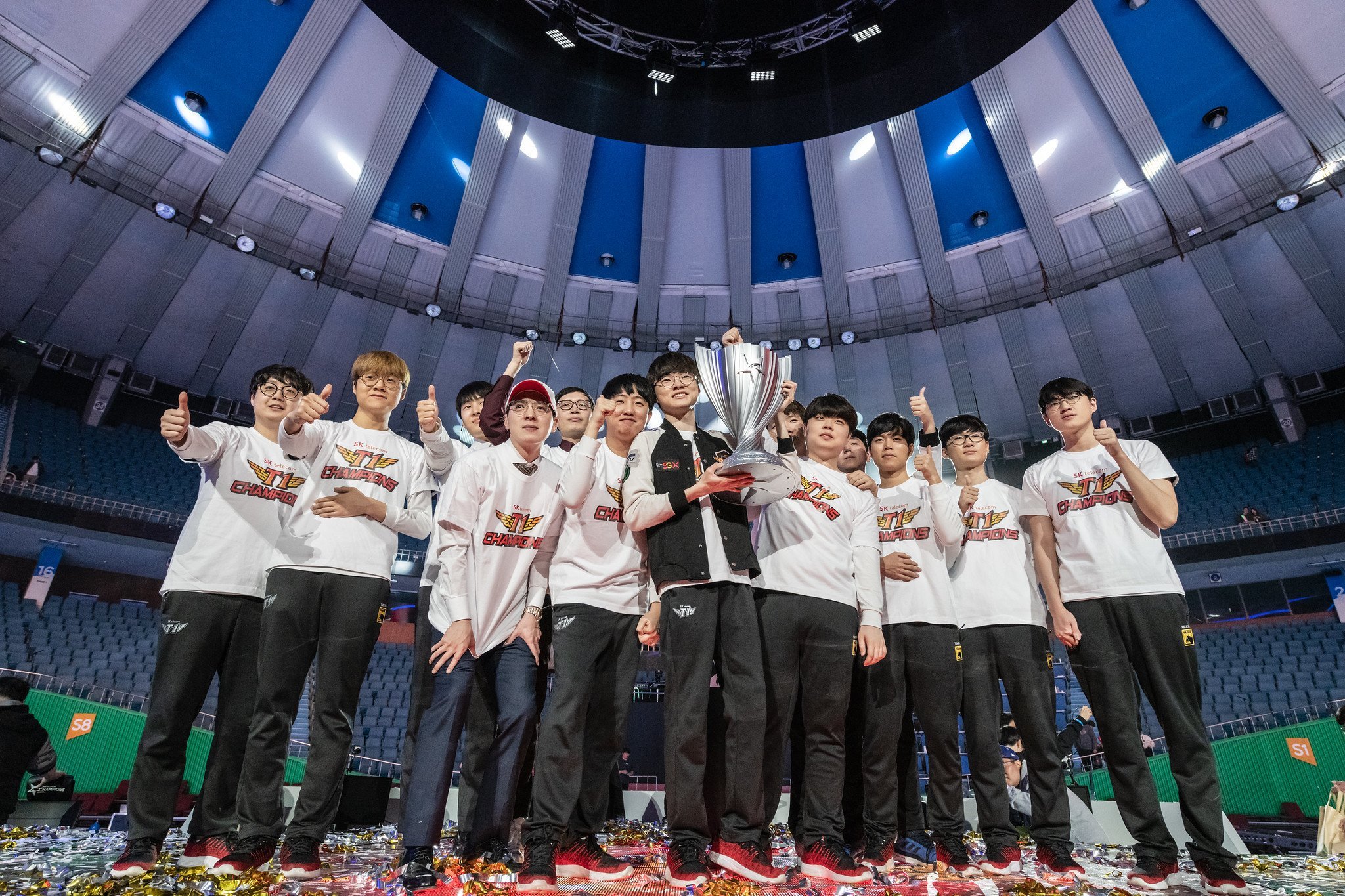 SK Telecom T1 have climbed out of one of the organization’s deepest ruts in the last few weeks. After a horrible 1-5 showing in the first three weeks of LCK Summer 2019 saw them sitting in the relegation zone, the storied League of Legends team went on a nine-game rampage, taking down everyone in their path on their way back up to playoffs.

SKT’s rise to the top hasn’t been off the back of usual suspects though. They’ve innovated their draft strategies off the back of MSI and Rift Rivals, where regions like Europe and China have heavily experimented in the new meta. Veterans Lee “Faker” Sang-hyeok and Kim “Khan” Dong-ha have also been performing exceptionally well.

But it’s been the substitute of the young support player Lee “Effort” Sang-ho that has brought around the biggest chance in the SKT lineup. And it’s amazing what a difference a bit of effort can make.

After taking home LCK Spring Split 2019, SKT had to go back to the drawing board when they were sent home from MSI early by G2 Esports. They looked shaky for the start of Summer, but after triumphing at Rift Rivals, SKT changed direction. Gone was Cho “Mata” Se-hyeong, the veteran support who joined SKT at the start of the year. It was Effort’s time to shine.

After getting 64 starts in 2018, Effort was brought in for a couple of games before the Rift Rivals break, before starting every game afterwards. SKT’s performance instantly improved. SKT had a 7-9 record with Mata, but now stand 20-7 with Effort.

It begs the question whether it was a case of too many cooks spoiling the broth, or whether Effort brought something Mata couldn’t do. Regardless of what the answer might be, Effort’s performances on the Rift have made him a player worthy of LCK stardom.

Whether he’s making massive engages, or peeling back for an eternity for his carries, Effort has often found himself making the small one-percenters that have made SKT one of the most feared teams near the end of the season. As playoffs approach with a gauntlet run on the horizon, Effort will need to keep stepping up to maintain his spot on the starting roster, but it doesn’t look like there are any signs of slowing down.

The masters and the apprentice

Effort’s style of play suits the SKT lineup very well. He plays defensive tank supports like Tahm Kench and Braum, while also being proficient at engagers like Alistar, Rakan, and Nautilus. His solo queue efforts also tell a similar story, with Galio, Nautilus, Alistar, and Rakan making up his top four most played champions.

It’s no surprise, given Effort was brought up as a trainee under the wings of Mata and Lee “Wolf” Jae-wan. Both Mata and Wolf were, in their heydays, top of their class as supports in Korea. Their 1,283 games of experience, three World Championship titles, seven domestic titles, and 65.3 percent combined win rate across their seven-year careers meant they had the tools to help one of Korea’s shining stars grow.

Wolf and Mata also share similar champion pools, which have rubbed off onto Effort. They have 175 games of Alistar, 151 games of Braum, 97 games of Tahm Kench, and 50 games of Rakan between them. Mata and Wolf are also two of Korea’s best Thresh players, with 160 games between both of them, and many key concepts transferring over to Nautilus.

What Effort brings that Mata and Wolf don’t is a new age view to League. With the meta tracking towards faster games, the mindsets of older players who are used to the vision metas gone-by have shown to be a hindrance to some teams. KT Rolster, a team full of the old guard of Korea, sits at eighth on the LCK standings, and there are plenty of other legends of the game who have been pushed out of the scene entirely.

So, as time has dragged on, the apprentice has finally taken over the master. The future of Mata is unclear, but one thing for certain is that SKT’s future direction is set. With fresh blood, and a god leading the charge, one of League’s most celebrated organizations will be back for vengeance at Worlds.

Effort is not the only player from SKT leading this new resurgence. Bot laner Park “Teddy” Jin-seong has been one of the big contributors of SKT’s rise, while Kim “Clid” Tae-min is one of the biggest rising stars in jungle across the world.

They aren’t the only new players rising through the ranks in Korea though. The next generation of Korean talent is coming through six years after the debut of Faker, and it’s coming through in spades. Griffin, Sandbox, Damwon, and the new SKT are all dominating the SKT, and are bringing a new breath of life into the old-school Korean style of play.

Some players can still hold their own, like Faker and Khan, but the next six years of Korean League will be dictated by these young players. And if SKT is anything to go by, these new players are going to launch the region back into the spotlight, and it shows how insane the difference a little Effort makes.