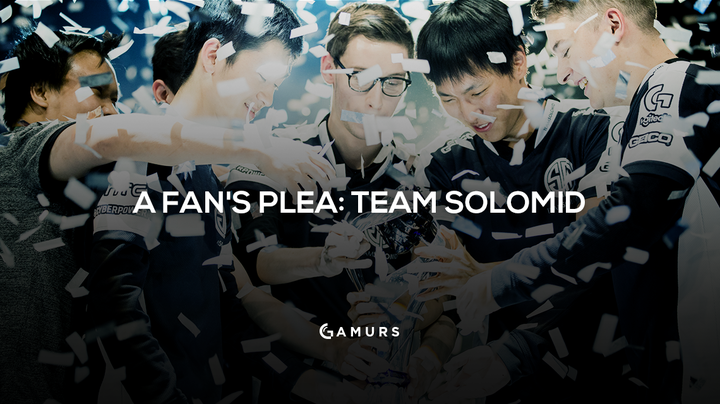 Some background about me: I started writing about esports approximately a year ago. After actively following Call of Duty esports since the Black Ops II era, I ventured into the LoL scene when some of my friends asked me to download the game and play with them. I hated it, and cast the game off in June. Come August, with World’s going into full swing, I picked the game up again and fell in love. I jumped on the South Korean Telecom T1 bandwagon and never looked back (because how could a newcomer to LoL not be amazed at the plays and mechanics of Lee “Faker” Sang-hyeok and co.).

Contrary to the eloquent play of SKT, I watched TSM, Counter Logic Gaming and Cloud9 get crushed as the NA representatives. Saying that I was disappointed is an understatement. With my then little knowledge of LoL, I saw Søren “Bjergsen” Bjerg as the best player (and my personal favorite) in NA. I wanted to be like him, I wanted him to succeed and I was heartbroken when I saw him take a group stage exit in World’s.

Fast forward to now. I have been extremely active in NA and European LoL, and I often look into KR and China LoL, and dabble in IWC and TW LoL. I supported (and still do) TSM and Immortals – who, sadly didn’t qualify for Worlds despite an amazing inaugural year. I write and edit various esports articles, but I have a soft spot for LoL.

After a poor regular season split, everyone I knew said TSM was going to get destroyed by IMT in the Spring Split Playoffs. I, on the other hand, was a naive TSM fan and said they’d take down IMT, and they did just that. After falling in an extremely close 2-3 series with CLG, I was prepared to see what TSM was going to do in the Summer Split.

YellOwStaR left, despite a strong Spring Split finish, and in comes the rookie Vincent <a href="http://lol.esportswikis.com/wiki/Biofrost" target="blank”>“Biofrost” Wang. Again, I am confused, but I have faith in his potential. Watching them finally dominate was surreal. Hauntzer was turning into a top laner who feared none, giving even former world champion Jung Impact” target=”blank”>“Impact” Eon-yeong a challenge in lane. Svenskeren made a significant shift in his play, being able to effectively shift from ruthlessly carrying the team to victory to being a tank who will go to the ends of the Earth to keep his teammates alive. Bjergsen was making his case for contention in being hailed as the world’s best mid laner. Doublelift was showcasing his excellent skill as an ADC, absolutely dominating teamfights (most notably in the Summer Split Finals against C9). Biofrost emerged as the final piece in TSM’s puzzle, showing that he could do anything and everything to fit in with this team in order to win.

As a newcomer to LoL, seeing TSM get decimated at World’s and have a poor Spring Split until the end, only the naive fan in me would have seen TSM be where they are now. I am full of pride for the team, but this isn’t it for them. I have the utmost faith in them making LoL history. They can win out their group – China’s Royal Never Give Up, Korea’s Samsung Galaxy and Europe’s Splyce. They can take on the second seed of Group B (assuming TSM gets the first seed in their group).

Hell, TSM can take on anyone in my eyes.

ROX Tigers, EDward Gaming, SKT; you name them, TSM can give them a hard time. My vision may be clouded, but I can live with that. I am a TSM fan and I truly believe they can make history.

My plea: TSM, do what I and many other fans believe you can. Win.