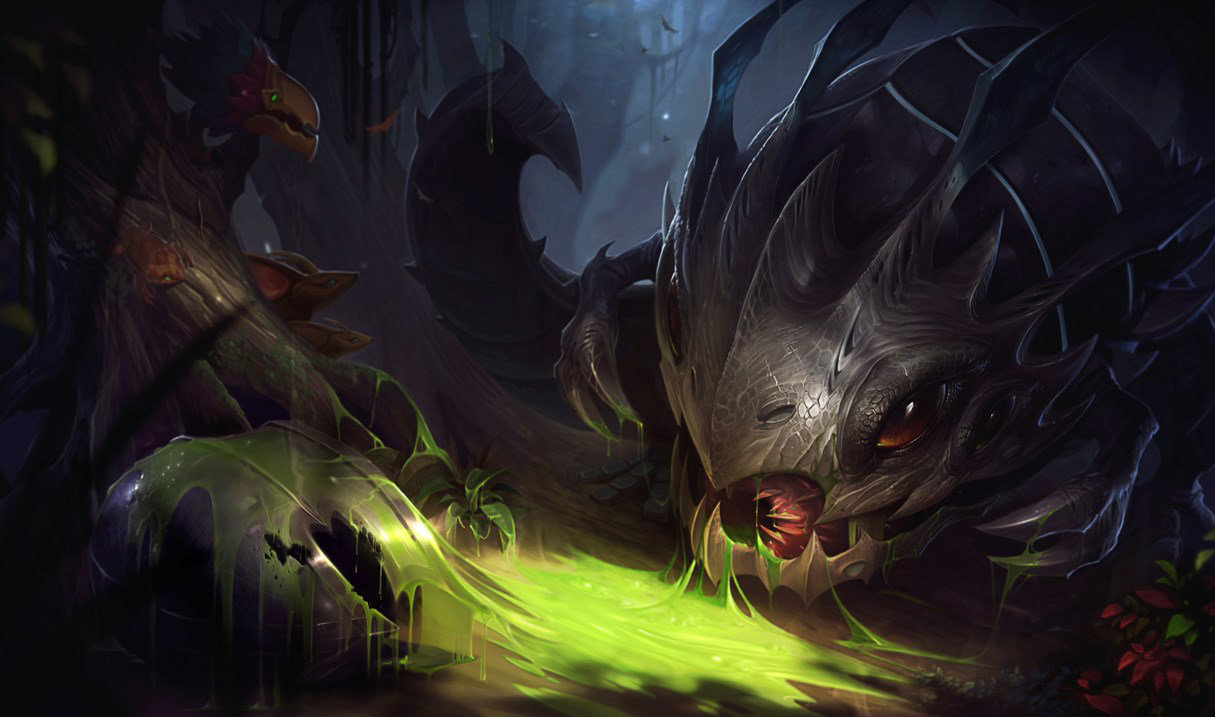 Have you ever wanted to vomit on your opponents in high definition? Well, now you can.

The update, which is expected to hit the PBE soon, includes a new model texture and a new armor and magic resistance shred icon. The goals of the update, according to Beardilocks, are to improve “gameplay clarity on missile widths, R edge indicator, and W/P empowered state.”

The developers typically don’t add unique VFX to skins that cost less than 1,350 RP (roughly $10), but Beardilocks has made a few exceptions with Kog’Maw. Many of the champion’s skins cost 520 or 975 RP, but since they all had custom recolors when he was in his Bio-Arcane Barrage (W), the dev went through and made them all “feel much more empowered.” The result is a disgusting fluorescent trail of vomit, greener and more glaring than ever.

The 1,350 RP Lion Dance Kog’Maw skin has also received a unique Void Ooze (E) effect with the new update. He now spits up a “big ball of goopy” fireworks that roll at you.

Most of the champion’s recent skins, though, just got the “tidy up” treatment with the Living Artillery (R) range indicator subtly added since they were already in a “pretty good spot.”

These changes won’t make it to the live servers for some time, according to Beardilocks. The VFX update will be on the PBE for “an extended period” or “at least two” cycles. This means fans will likely have to wait until sometime in May to play the new and improved Kog’Maw.