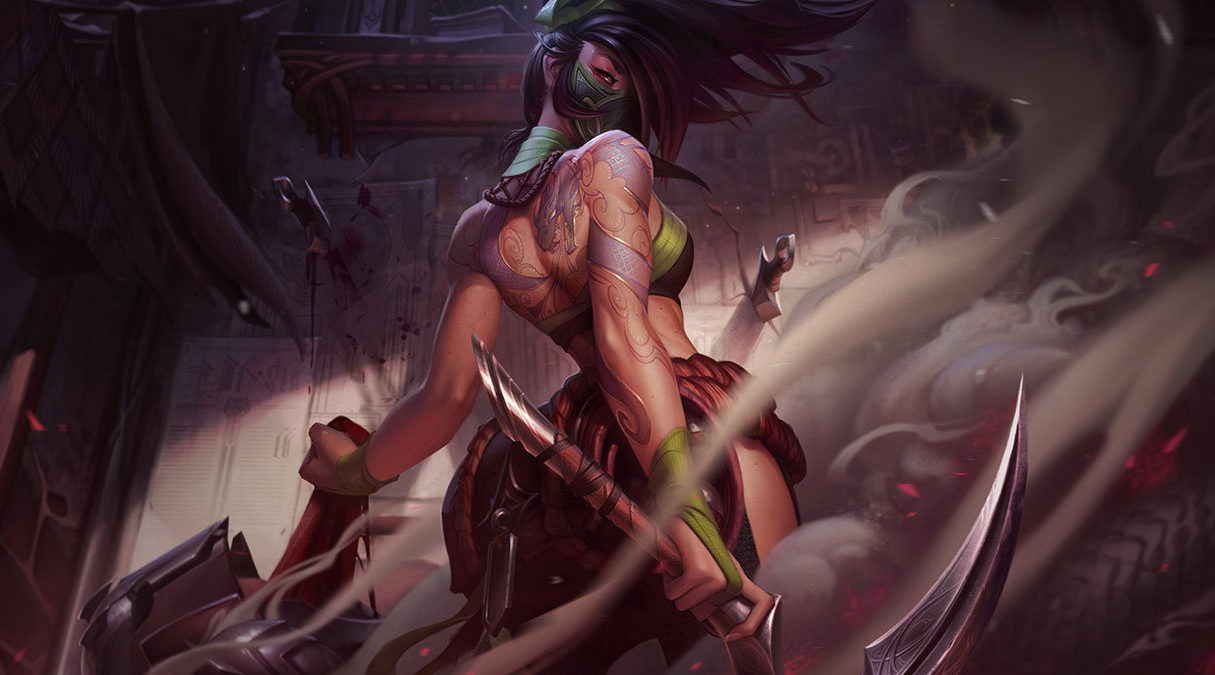 League of Legends’ next big update, Patch 9.18, is right around the corner, with a scheduled release date of Sept. 11.

It’ll be the last patch before the 2019 Worlds patch, which means every balance change will need to undergo heavy consideration from the balance team for its implications on the meta at large. That being said, it’ll probably be smaller than your average patch, as Riot will have to tread lightly to make sure nothing blows up when it matters the most.

Even though it’s small, every change matters a lot, and we’ve grabbed the most important upcoming changes for you to see to prepare yourself for the update. Here are the top five changes coming in Patch 9.18.

It seems like not a patch goes by that Akali isn’t the victim of some terrible nerf, and Patch 9.18 isn’t shaping up to be any different. Before we dive into this one, though, there’s one very important thing to point out. More so than usual, we’re not sure if the Akali on the PBE is what’s going to go live, because a Riot staffer tweeted out which changes she’d be getting, and they don’t match what’s on the PBE. We’ve tried to match them up as best as we can, though.

Essentially, it seems like her ultimate ability is getting a much larger cooldown, its damage is getting lowered, and the micro-stun on the first cast is being removed. All in all, that’s a pretty fat nerf, and its implications are obvious—Akali will be much weaker, and her biggest counter, Sylas, may end up being played a lot less the weaker she gets.

Obviously, Kai’Sa needs some nerfs. This isn’t surprising to anyone, as she’s one of the most popular champions in the game at the moment, and she makes up a large portion of the bot lane meta in pro play, too. She’s simply too strong. That being said, we still didn’t expect the type of nerf she’s getting.

Kai’Sa’s early and mid-game are quite strong, with the latter being her best. Rather than bring any of that down a peg, however, Riot elected to just worsen her weakness, her late game. She scales pretty well, but she has trouble sieging objectives due to her short range, which makes her heavily flawed the longer a game drags on. Riot’s dropping the late-game attack speed scaling on her E by 20 percent. This will impact both pro and casual play considerably.

Annie’s been utterly abhorrent for quite a long time now. It’s not surprising that she’d get a buff, per se, but it’s anyone’s guess as to why it took this long. The buff she’s getting is pretty darn cool, though, so there’s that.

It’s simple, really. Her E will now provide her with a hefty movement speed buff, scaling with her level all the way above 50 percent. That’s more than significant, obviously. Some of its defensive capabilities are dropping to compensate, but with more innate chances to run at enemies to drop her beaw Tibbews, she’s probably not complaining too much.

Ekko has a long and storied past with the professional meta. Unfortunately for him, those memories aren’t very pleasant. Shortly after his release, pros were the ones who figured out it was more effective to play him as a tank top laner than to play his intended role, an AP mid lane assassin. So naturally, pros played him more commonly than your average solo queuer. After about a year of that, Riot put its collective foot down and fixed him up so he’d be better as an assassin again, and, uh, there’s always going to be a certain pro play we all remember from that time period.

Since then, Ekko hasn’t seen a lot of time, but he does pop up from time to time. To help make him a bit more of a staple, Riot is buffing his utility rather than his damage, making him more useful in all situations and minimizing the risk of him becoming useless in a fight-from-behind type of game. His stun will now lock a target up for half a second longer at all ranks, and its mana cost is significantly less now. This is dangerous, as his incredible utility is what made him such a good tank all those years ago, so monitor him closely.

Aatrox has had a really, really tough go in League since his release. He may have the most tragic development cycle throughout the game’s 145 champions, and that’s saying something, because he’s being compared to Ryze and Azir. He was the newest champion to receive a complete VGU simply because his original design missed the mark on his theme and was so difficult to balance. And since that VGU last year, Riot has struggled even more to get him right, removing his iconic revival mechanic and gutting him with heavy-handed nerfs again and again.

It looks like Riot’s not done with him, either, because another rather large nerf is smacking him in the face in 9.18. His passive, Deathbringer Stance, will now only heal him for 25 percent of its damage against minions, making sustain in lane much harder. As such a popular professional pick, this is certain to have some rippling effects on the meta.