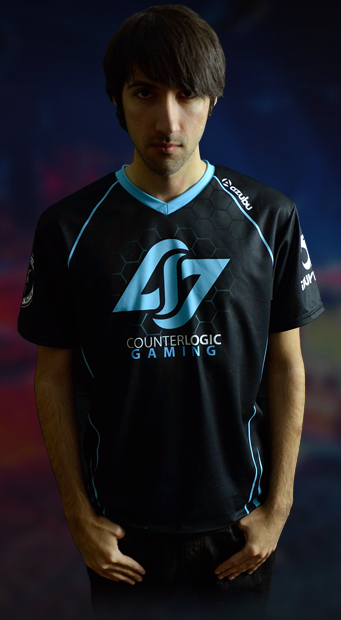 With the advent of the new LCS split we are able to see the culmination of the offseason roster moves. With entirely new teams, and veterans moving not only across organizations but across regions the split has interesting implications. Ahead are the most urgent questions and exciting stories that will be answered as we begin our 2016 Spring Split.

Can CLG continue their reign?

Since the inception of the league the old guard has struggled. Counter Logic Gaming, Dignitas, and Liquid (formerly Curse) failed to meet the expectations placed upon them. Until their victory at Madison Square Garden CLG was just another old guard team unable to adapt to the LCS era. With their victory over Team SoloMid many thought that CLG was well primed to succeed in 2016. However, early in the off season saw the removal of Doublelift, and with his departure many of CLG’s fans fled the organization with its star player. Shortly before Doublelift’s removal Pobelter and their coach Chris were also released from the organization. In a single week the organization lost a strong portion of their winning mix. Left with Aphromoo, Xmithie, and Darshan the team has the components for its strong early game shot calling and perhaps the second best top laner from the previous year, but can these three with two rookies maintain their reigning LCS title?

CLG’s performance at IEM San Jose showed an expected dip in play. Their second place finish was almost solely on the back of the veteran players on the team. Aphro and Xmithie warded well to avoid flank engages against the Greenwings while Darshan carried the team to victory. The subsequent games against Origen and their targeted dismantling of the CLG top laner showed that past Darshan the team needed a secondary carry. Stixxay and Huhi had multiple positioning and decision making errors that contributed to their teams near defeat in the semifinals and their ultimate defeat to Origen. The most concerning thing for the team is the lack of strong rotational play the team has long held in its repertoire. The shining light for the team remains the top lane play from Darshan. With a weak top lane field he may dominate the game from the laning phase onward. Only Huni and Impact have a proven track record of strong play and Darshan’s ability to outplay his opponents and make successful teleport plays will likely determine his team’s immediate success. CLG has endured, from their heydays as the premier North American organization to their golden age, to their faith age. With perhaps their worst off season yet will they continue to endure, or did the franchise peak with their LCS win?

Will the old guard rise again?

Two of the West’s strongest mid laners have entered the arena once again with a new team, Froggen on Echo Fox, and Alex Ich on Renegades. Historically heralded as the two most dominate mid laners from their region these two veteran players have been accused of being past their prime. Both been at the top and fallen as their teams around them crumbled. Alex Ich led Gambit Gaming (formerly Moscow Five) into the season two championships as favorites, while Froggen led Evil Geniuses (formerly CLG.EU) and Alliance to strong finishes and an eventual LCS championship win. In more recent history both players have struggled to win championships, their successful past haunting their current standing.

Both Echo Fox and Renegades are new to the LCS and their success will more or less depend on their veteran mid laners ability to win their lane. Of the two Froggen has the more difficult road ahead of him. His support comes in the form of Keith and Hard, both challenger talents that have risen through the scene. Keith famously subbed for both Liquid and TSM before briefly retiring to focus on academics. Hard a former Cloud 9 Tempest jungle has often been cited as an LCS worthy jungle unable to clinch a spot in the premier league. Froggen finds himself in the position of needing to win his lane to win the game. Keith is a serviceable clean up AD Carry but has been unable to win the game on his own.

Alex Ich has more support behind him as Renegades picked up Freeze on the off season. The Czech ADC has shown that he can be the primary carry from his time on the Copenhagen Wolves, and Crumbzz has a long standing history as a vision based jungler. For Alex to have a successful split is to reestablished his mid lane dominance. While Froggen’s level of play has stayed consistent Alex Ich has seen a dip since his return from a brief stint as a top laner. With the deepest mid lane talent the NA LCS has seen Alex will be put to the test. If he can hold his own against the likes of Bjergsen, Jensen, Froggen, and GBM he can quell the claims that he should retire.

Three teams this split entered the LCS through investments from venture capitalists or angel investors, Echo Fox, Immortals, and NRG Esports. Investing roughly one million dollars for an LCS spot will demand success from these organizations. The question that remains is what kind of success will these need to achieve to remain afloat. The demands will be different for each organization based on their investors, however finishing outside of the play offs seems like a stretch for the money to remain in the system. The rosters that NRG and Immortals have in place look strong, while Echo Fox has more to prove with their talent.

While the players and support staff these teams have brought on have seen behind the curtain, can they translate their previous experience into success? The timing is right for a new organization to grow as legacy organizations have entered a transitional period with only TSM looking better than before. Rosters can only garner so much favor, a strong finish this split will establish these teams into a more reliable brand and cement their place in an ever changing league. The difference between Coast, Team 8, Complexity, and Cloud 9 is that Cloud 9 won. The organization won championships without a big name draw from its roster. Winning is the only guarantee an organization has of establishing itself as a long term franchise.

Can Liquid and C9 remain in the spotlight?

The previous split for these teams was a disaster. While C9 made it to Worlds it was amongst the weakest possible field for the NA LCS, and in the most desperate manner possible. Their miracle streak is impressive, but it was just that, a miracle. Only through the smallest of margins did the team make it to Worlds and again over performed by winning games. The second most successful team in North America finished in seventh place and failed to make play offs, their roster resurrected by Hai’s shaky jungle and impressive shot calling. Now with a new split ahead of them they made a clear upgrade to their jungle position with Rush, in doing so moved Hai into his third competitive role swap to support. They also failed to bring in new top lane talent, ushering in a resurgence from Balls, or another split where the team plays with a top lane liability.

Liquid is lost. The departure of Quas and Xpecial in exchange for a ten man roster seems muddled at best, and chaotic at worst. Adding their challenger team as subs shows their organization’s inability to determine which players are well suited to play in the league. As their new head coach Locodoco will have to navigate the roster as I outlined in a previous piece. Maintaining the team atmosphere might be even more difficult than assessing which players to field.

What the two teams have in common is that another disappointing split may damage the brand beyond repair. Both are larger organizations that have other teams in other games, but their primary fan base has either come from League of Legends, or shifted to it. Cloud 9 and Liquid may begin to look like the now defunct XDG (formerly Vulcun) and LMQ organizations. The obvious difference being that both Steve Arhancet and Jack Etienne have marketed their teams as a staple in the Esports industry. These two teams are teetering on the edge of relevancy, a slip this split could move them towards Dignitas and away from TSM.

TSM is out of excuses.

Team SoloMid must win the North American LCS. A roster stacked with four veteran players that have all contended for or won an LCS title, and one up-and-coming talent has set TSM up for success. Andy “Reginald”  Dinh has created the first North American “Super” team around his star mid laner Bjergsen, new AD Carry Doublelift, and Yellowstar, heralded as the best European shotcaller. Reginald has always stated that TSM’s ultimate goal was to win Worlds, and for the first time his roster could compete for that spot.

What marks a first for the organization is that not only are they expected to win the LCS, they must transfer that success into the international level. While TSM has always faced scrutiny as the top North American team this particular roster will have the world audience watching as they perform. Will a disappointing streak ruin the team? Can the new coaching staff keep the team ahead of the metagame? TSM is primed for success, and their first step is to create a gap between themselves and the rest of the North American LCS. Falling into the middle of the pack could spell disaster and incite a series of roster moves from players unaccustomed to losing.