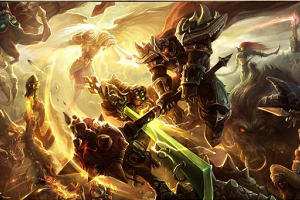 The game now focusses on team fighting and I would suggest being any lane and jungler is a good idea to climb
from your elo. The reason is towers are really strong in ranked games now.
The following are the team comps which will help you to climb the ranked ladder during the 5.3 patch.

Take Vi as the jungler and play a mid with a champ with burst potential. Preferred champion is lissandra. Ahri and Riven can
also be used effectively. It works every single time vi has a ultimate. Having two kills in mid lane or top lane is super effective.

Take rengar as the jungler. Rengar is the only champion in the whole game can take three shots of turret and
still escape. You can play any mid or top or adc or support because rengar with very little coordination is
super strong.

3.The m3 comp
Azir got nerfed. However he is the best burst champion in the game who can 2 v 5 after level 16. The champion
who goes really well is maokai. maokai after level 16 is that he can slow and provide the best peel for azir
for now .This is the easiest to execute and you can win all the team fights with ease.

This is for someone who only like to play bot lane. Graves and Gragas. The reason is the slow is super amazing for graves.
He needs time and he needs to hit skill shots. Gragas can move lanes with ease and chasing gragas is not possible at
all.

Twitch and Reksai. This comp is super insane. When you have coordination it is a 90 % kill chance because reksai
has global ultimate and sonar which will be able to find where people are. Twitch can sneak get into good position and
ultimate the person and reksai just borrows and disturbs the person. Very effective combo and extremely safe.