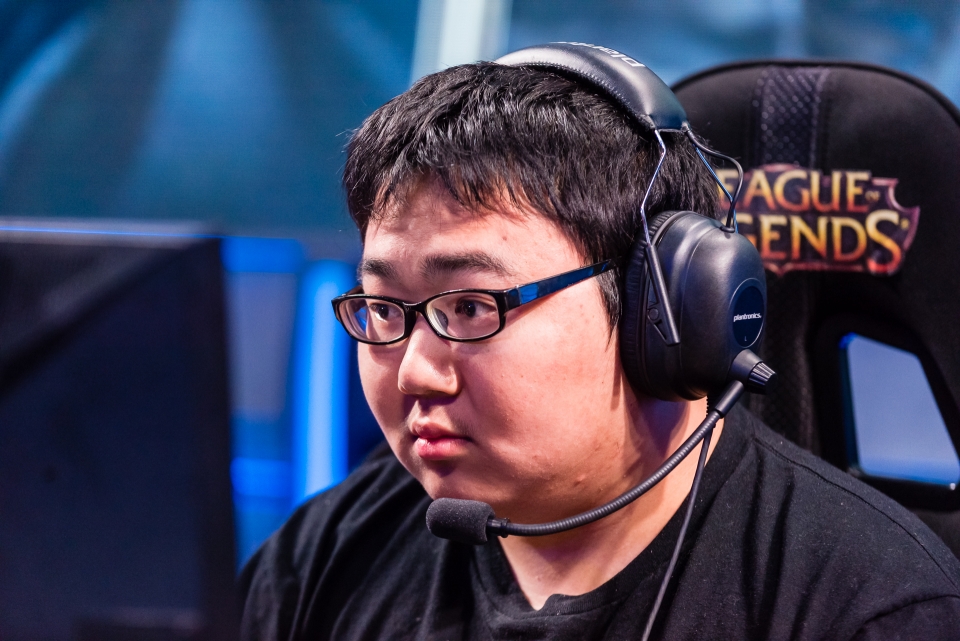 The North American LCS is four games for each team away from ending. With Team SoloMid and Counter Logic Gaming not letting up, and Team Impulse and, to a lesser extent, Team 8 rising up the standings, it looks to be one heck of a race to the playoffs for several teams. On the flip side, Team Coast is one loss away from automatic relegation, while Team Dignitas and Winterfox continue to struggle with unstable rosters. This week showed what hard work and determination could do for several teams, and this week, my MVP of the week certainly came back in a big way after struggling to find his comfort within his team.

To this point in the season, Team Impulse mid laner XiaoWeiXiao showed only flashes of the MVP he was last split. His fortunes changed this week after the team pulled out an old favorite champion: Karthus. After Karthus had not been played since Saintvicious brought it to the jungle, XiaoWeiXiao provided viewers with the textbook way to play Karthus: farm up heavily and become a massive threat. In fact, XiaoWeiXiao farmed 793 minions in two games on Karthus. Also on a champion that dies regularly and makes plays from the undead as well, he actually did not die once. XiaoWeiXiao had an 11/0/15 week without even using Karthus’ passive. He even solo killed Cloud 9 AD carry Sneaky’s Corki.

Team Dignitas has struggled as of late due to swaps at the jungler position, but one thing they have been able to rely on is support KiWiKiD’s Annie. In their win against Team Coast, KiWiKiD set up several kills, including a very impressive surprise assault on top laner Cris. Even in their loss to Cloud 9, KiWiKiD set up some great team fights using Tibbers to stun multiple members in team fights. There were multiple occasions during the game where he hit three members of their team with stuns, and it kept Team Dignitas in the game for quite a while. Alongside top laner Gamsu, KiWiKiD is having, by far, the most impressive season with Team Dignitas.

Disappointment of the Week: The Entirety of Team Liquid

I don’t know exactly what is going on behind the scenes with this team, but this team plays way better with Keith in the lineup than Piglet. They dropped both games this week, and it seemed like the entire team was severely underperforming.

Piglet was actually the strongest member of the team this week, playing a solid 4/1/2 Kalista in their first game against Team 8. His second game on Jinx against Team Impulse (1/4/2) was poor, but he never got to reach that late game power point.

Support Xpecial, who looks like an MVP when he plays well, had absolutely no impact on Braum against Team Impulse and struggled to make meaningful plays against Team 8 on Thresh.

Jungler IWDominate played an underwhelming Jarvan IV against Team 8, and played an atrocious one against Team Impulse. IWDominate failed to create meaningful pressure in either game and went 1/14/10 for the week.

Quas, who usually carries this team to victory, got caught out repeatedly on Kennen in both games. He ended the week 1/9/7, and it may be time for him to go back to some of his former picks.

To be honest, I almost forgot about mid laner Fenix. He was such a non-factor in the mid lane this week. Against Team 8, he did not even finish building his Blade of the Ruined King, and he ended up dealing much less damage than he should have. He actually had the second most kills on the team this week on Zed and Lulu with 4, so I guess it could be worse.

This entire team needs to step up if they want a ghost of a chance to make playoffs.

ZionSpartan finally showed what Hecarim can do in the top lane in North America. After a few feeble attempts by multiple teams, ZionSpartan played an amazing Hecarim against Gravity (2/0/5), and he even outfarmed and destroyed Hauntzer’s Lissandra in lane, which should never happen in that matchup. ZionSpartan also showed up on Kennen against Team Coast, going 3/0/4. With CLG, ZionSpartan has become a top 3 top laner in North America, and there is probably an argument that he is right now the best.

Rush stepped up big time this week for Team Impulse. After being one of the most inconsistent junglers in North America this season, Rush made play after play against both Cloud 9 and Team Liquid. On Lee Sin, Rush went 2/1/11, pulling off successful ganks one after the other, while at the same time, taking control of Meteos’ red buff. Against Team Liquid, his 4/1/14 Vi created quadruple the pressure IWDominate’s Jarvan IV did. Versus two of North America’s strongest talents in the jungle, Rush came out on top on both occasions.

It must be the name change, right? Apollo continues to be the consistent carry Team Impulse needs as they surged into fourth place this week. Apollo took over the game against Team Liquid, going 9/0/8 on Graves, while his game against Cloud 9 was equally as flawless (6/0/6 on Graves). He outplayed both Sneaky and Piglet, and made a much stronger impact than anyone could hope. Fifteen kills and no deaths is a dream week for any AD carry.

Aphromoo is a play making machine, and when he isn’t making plays and keeping his AD carry out of harm’s way, he’s photobombing Doublelift. Aphromoo’s Thresh in both games against Team Coast and Gravity were top notch. He ended the week 0/2/17 on the champion, and showed exactly what a support should do in all facets of the game. Against Team Coast, Aphromoo made an amazing play to save Doublelift from a four man gank, and they almost turned it around on them.