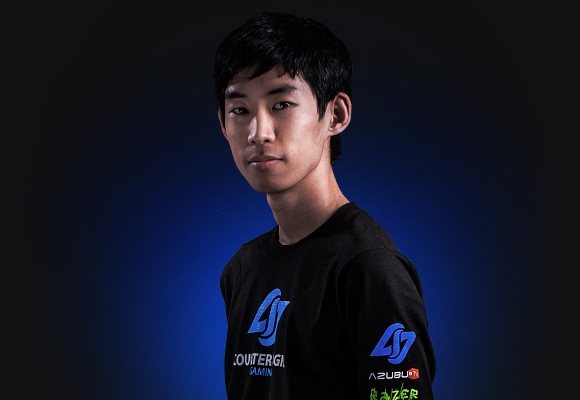 The North American LCS brought us some extremely entertaining games during Week 3, and this week certainly showed many teams stepping up and others faltering into lower standings. The awards below were tougher than ever to pick because more individual players have stepped up immensely lately. Despite how difficult it may have been, it will be my honor to find out who wins all the awards for week 3. (My Rule: No player can qualify for more than one category).

When Riot announced Bjergsen as the MVP of this week’s LCS action, Twitch chat blew up with several viewers yelling Link’s name. Looking over stats and game VODs, it was obvious that Link was the strongest player this week. Link absolutely dominated on his old faithful champion Nidalee (9/1/7) against Team Winterfox, and hard-carried CLG to victory over Gravity with an unbelievable 10/1/4 game on Ezreal. If Link continues to improve at this rate, many critics may need to start eating their words (including myself).

Fun fact: He also holds the title of the biggest Arena stomp I’ve ever received in Hearthstone.

Despite the team’s 1-1 week, Team Dignitas AD carry CoreJJ played very well throughout the entire week. In the team’s struggle against Team SoloMid, he was the lone bright spot on Corki (3/2/1), the only member of the team to end with a positive KDA. On Sivir against Team Liquid, CoreJJ came into his own, going 9/0/7 and outfarmed Piglet’s Vayne by nearly 60. CoreJJ was the glue that held Team Dignitas together this week, and after some pedestrian performances in weeks 1 and 2, his strong play surprised me this week more than anyone else.

With all of the hype surrounding Pobelter in the mid lane, his performances on Kassadin and Lulu were both extremely underwhelming to say the least. Against Counter Logic Gaming, his 3/5/4 Kassadin didn’t get off the ground and got dominated in lane by Link’s Nidalee. In their second game against Team 8, Pobelter looked uncomfortable on Lulu (2/4/1), which may have made him a victim of a poor pick and ban phase by Winterfox. Pobelter needs to receive picks that he can hard carry on, but this past weekend, he did not receive one.

Alongside Surprise Standout CoreJJ at AD carry was a rapidly improving support KiWiKiD this week. He receives a lot of flak as one of the weaker supports in the LCS, but this week, he showed up big for his team. His 1/5/3 on Thresh against Team SoloMid made everyone think they were watching the same old KiWiKiD, but against Team Liquid, his 1/1/15 Morgana was the difference maker, as he made play after play on the champion. Although he doesn’t quite have the consistency yet, the synergy between him and Core JJ and his own individual gameplay and decision making continue to improve every week.

Hauntzer has been a very strong top laner throughout this split for Gravity, but this week was certainly a setback for the young pro. Hauntzer did not get a single kill this week in two games and ended the week with a KDA of 1.2. His 0/6/5 Lulu against Team Impulse and 0/4/7 Irelia against Counter Logic Gaming were outfarmed by his lane opponents and dominated throughout the game. He needs to step up his game to become another carry threat for Gravity, who is critical need of one besides Cop and Keane (when he shows up).

Formerly the strongest top laner in North America, Balls made a return to form this week. His 3/1/7 Maokai was a dominant force against Team 8. In their game against Team Coast, Balls picked up his old comfort champion Rumble and showed exactly what he was capable of on that champion. He turned around a 3 versus 1 tower dive near the beginning of the game and ended the game tied for most kills in the game while outfarming his lane opponent Cris by 65 CS.

During a series of inconsistent performances from junglers across the LCS, Santorin stayed true to form as a consistent, supportive jungler for Team SoloMid. Against Team Dignitas, his superior Lee Sin play came to light as he set up play after play while not giving an inch (2/0/12). His 1/2/7 Vi in their game against Team Impulse was also quite dominant, and he sat in MVP Bjergsen’s back pocket to help the game snowball out of control once again.

Bjergsen almost won my MVP award this week, but I could not deny Link’s play this week as superior. Bjergsen’s dominance over his solo lane was undeniable this week, showing why opponents must ban his Ahri (or Xerath for that matter) or suffer the consequences. Against Team Dignitas, his Xerath went 7/0/7 and absolutely shut down his lane opponent. On Ahri, he was even more ruthless, going 10/1/6 against Team Impulse. If he continues to be this strong this split, he may as well buy a Mejai’s Soulstealer every game.

Team SoloMid AD carry WildTurtle showed up when it really mattered this week. Not only did he steal a dragon that put miles of momentum behind his team with a Jinx rocket snipe from top lane, but he only died 3 times, while accruing 12 kills and numerous assists. He put the damage needed down in team fights, while not going overaggressive (too often). His Sivir and Jinx look to be top notch in the LCS (7/2/8 and 5/1/9 respectively), and after a bit of a slump, he seems to be returning to form.

Something about spring brings Aphromoo back at his best, and if he continues his dominance in the LCS, his name will continue to show up on this list. His 0/1/10 game on Alistar against Gravity showed a mastery of a champion we don’t see picked very often anymore, while his 1/1/14 Morgana against Team Winterfox helped seal the deal for his team in a dominant showing. He really is an all-star for this team.