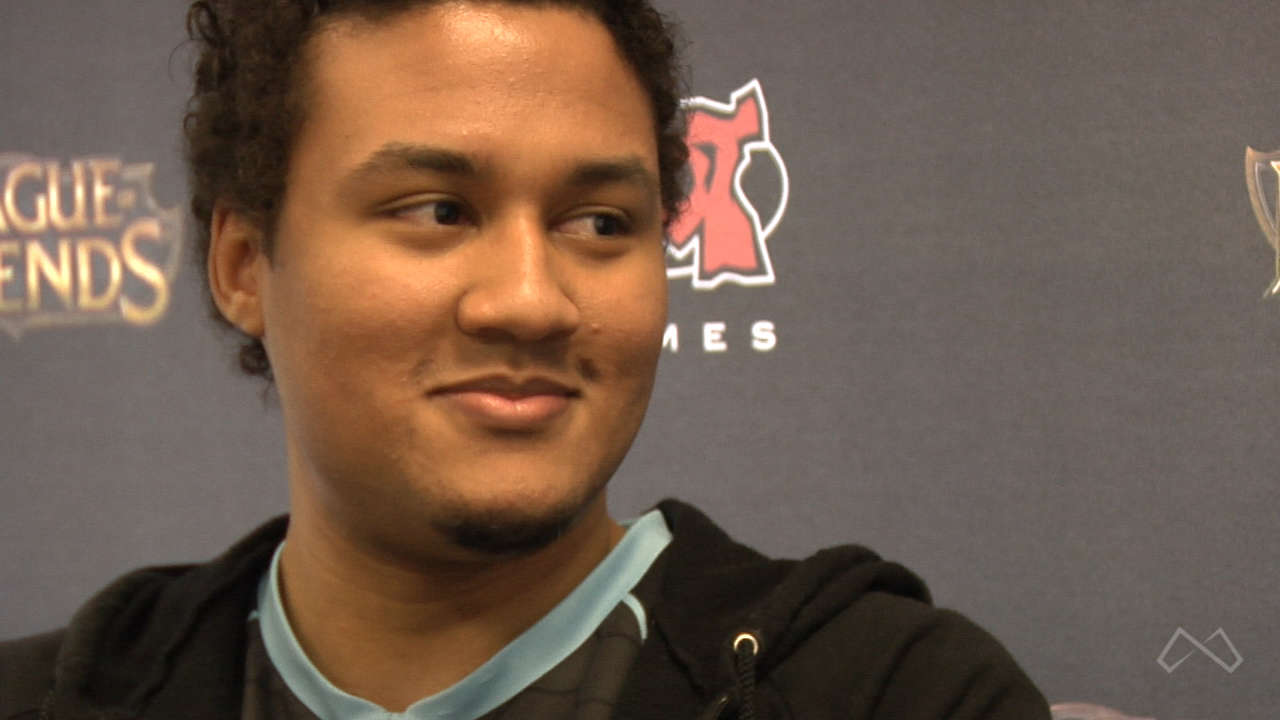 During week 2 of the North American LCS, ten more awesome games were played, and many of them were finished quicker than usual (Gravity vs. Dignitas outstanding #80minutesthedream). It was parity as usual in the LCS, as Gravity, Team SoloMid and Counter Logic Gaming won both of their games this week, while Dignitas, Team Coast and previously dominant Team Liquid struggled throughout. Below are my official awards for individual performance this week. (My Rule: A single player cannot win more than 1 award).

Aphromoo showed flashes of his dominant season 4 spring performance with an awesome performance on Blitzcrank against Team Impulse (2/2/6) and an even more stellar game on Morgana against Cloud 9 (2/0/11). Aphromoo and his duo lane partner Doublelift were dominant for CLG, pulling off numerous “Balista” combos during the game against Team Impulse, while also showing an unstoppable force against a slacking Cloud 9.

I was a bit disappointed that Team SoloMid jungler Santorin did not get an OP player award from Riot this week, but he certainly surprised me by going 0/0/24 on the week. Santorin provided massive lane pressure and set mid laner Bjergsen up for an all-star level week. I cannot ignore the 23.0 KDA Santorin racked up this week, playing an additional backbone for his team. His back to back 0/0/11 and 0/0/13 Jarvan IV set up plays for his team, and we can’t ignore the fact that he did not give up a single death all week long.

Our MVP from Week 1 fell off hard in Week 2. Whereas his Nunu struck fear in his opponents during Week 1, all of the pressure he brought out fizzled away in Week 2. IWDominate went 0/4/3 on Jarvan IV against Cloud 9 and followed it up with a 0/3/1 on Nunu against Team SoloMid. His 0.57 KDA was one of the worst in the LCS this week, and it was quite disappointing to see how little IWDominate was able to accomplish after such a dominant Week 1.

This category was deadlocked for me between CLG’s mid laner Link and Winterfox’s top laner Avalon. Link gets this award because he showed immense improvement from his Week 1 performance, as he went 6/2/4 on Zed, pushing Cloud 9 mid laner Hai around lane. He also went 6/0/4 against Team Impulse, showing the strongest Cassiopeia I’d seen in North America all season.

Avalon, the top laner for Team Winterfox, struggled immensely in his first LCS game against Team SoloMid, going 0/4/3 on Lulu. Shaking off the terrible play from the previous day, he returned the next game against Team Dignitas to go 3/0/11 on Maokai, the solid rock his team needed him to be. I’m looking for even further improvement from Avalon as he gets accustomed to the North American LCS.

This unfortunate award would have been reserved for Team Dignitas’ jungler Crumbzz for the second week in a row, but he stepped down this past week (I wish him the best). Therefore, Team Liquid AD carry Piglet gets the dishonor of being our greatest flop of the week. It was unfortunate Piglet had to take on Team SoloMid and Cloud 9 in his LCS debut, but his 0/1/1 Caitlyn against Team SoloMid and 0/3/2 Sivir against Cloud 9 didn’t provide anything positive to Team Liquid whatsoever. The former world champion was an absolute non-factor in both games, and frankly, I forgot he was there when I was watching. Hopefully, Piglet will return to form next week with another notch under his belt in the LCS.

Dyrus is known widely as the rock of Team SoloMid, and although his performance was extremely strong all week, he actually died one time (report for feeding – not at all a bad thing). His 3/0/4 Lissandra against Team Liquid was impeccable, while his 0/1/8 Maokai completely outlaned Team Winterfox’s Avalon. The coolest part about Dyrus is that no matter how far behind he gets, he always finds a way back into the game, as he did this past week.

After making minor plays in Week 1, Xmithie returned to Vulcun form this week with a 2/1/8 Jarvan IV against Team Impulse and 2/1/7 on Vi against Cloud 9. Xmithie created pressure out of the jungle he had not last season or earlier this split, and it definitely shows that Xmithie will return stronger than ever after his fall from grace.

For the second week in a row, Bjergsen is our mid lane player of the week because he absolutely dominated both his lane opponents this week, and showed impeccable mechanics. He pulled out his LeBlanc once again to a 6/0/3 performance against Team Winterfox and followed it up with a solid 2/0/9 performance on Xerath. He, like Santorin, did not die all week and played the champions he picked to their potential.

Marksman of the Week: Cop (Gravity)

Cop put all his bottom lane experience to good use this week, going 4/0/0 in his game on Corki against Team Dignitas and 9/2/8 on Kalista against Team Coast. Although he may be a bit passive at times, Cop is one of the strongest marksmen in the North American LCS, and his synergy with support BunnyFuFuu only makes him stronger. He also reached 500 regular season kills this week, and Cop definitely played much stronger than the rest of the bunch (his kill numbers this week were only matched by 2 other ADCs: Team 8’s Maplestreet and Team Coast’s Mash).

Dodo8 was by far the strongest player on Team 8 this week, with a solid game on Janna (0/4/12) in their loss against Team Impulse, and an extremely strong performance on Morgana (0/3/11), where he landed a clutch binding against Team Coast that won them the game. Dodo8 did not receive enough credit this week, as he was primarily the reason why AD carry Maplestreet looked really strong this week. Dodo8 continues to improve each week, and I think he may have the potential to be an MVP in the future.

I apologize for the tardiness of my awards this week. They were a bit late due to the Super Bowl because I had to go back and watch VODs of the other games.