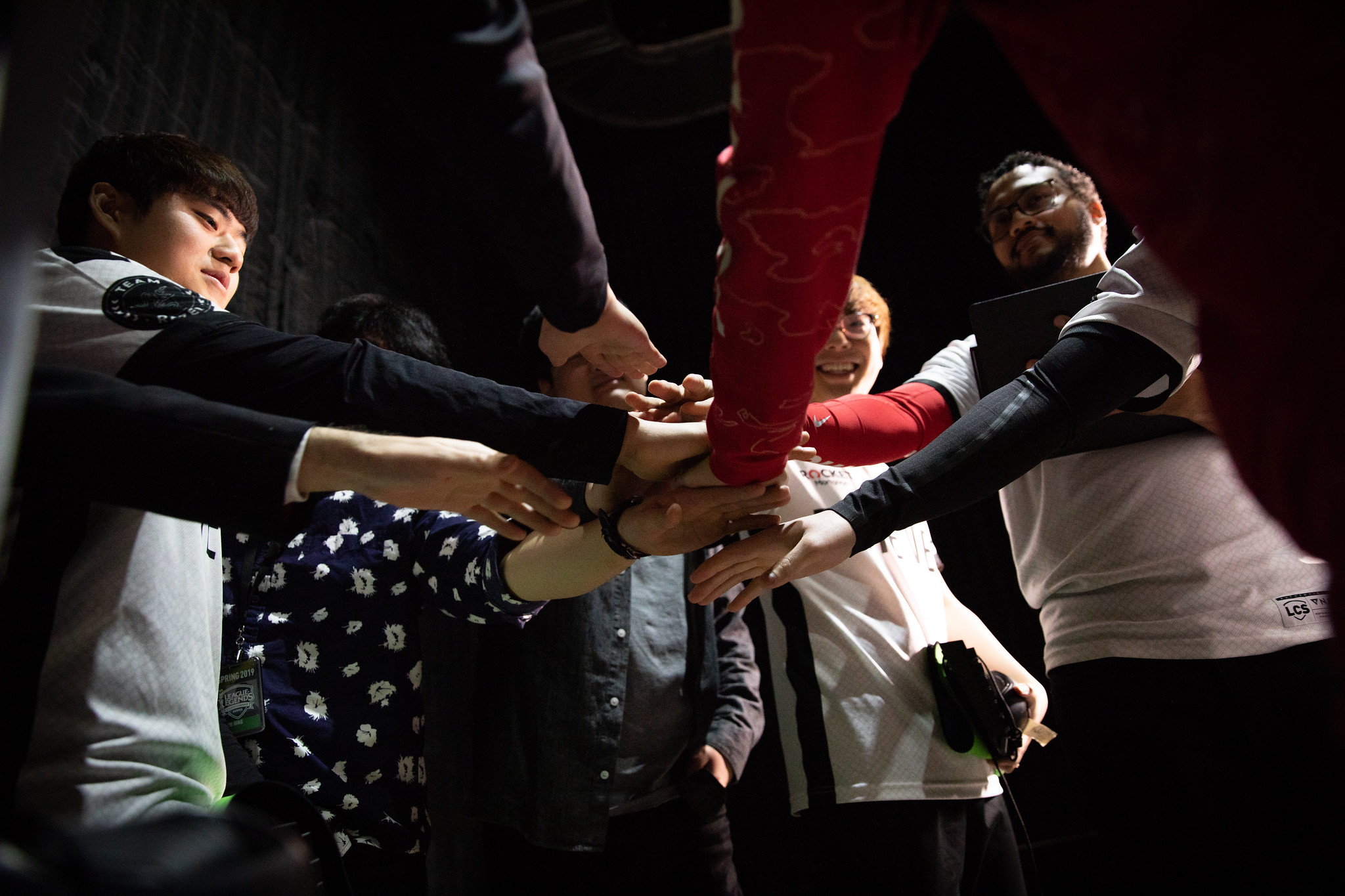 100 Thieves’ performance in the 2019 LCS Spring Split might be the most disappointing showing from a big-time League of Legends team. High expectations don’t always work out at this level—it took over a year for kt Rolster’s super team to win a domestic title and TSM’s vaunted super team from last year didn’t even qualify for Worlds.

But nobody has seen a team struggle like 100 Thieves did. They weren’t just bad—they were unfathomably bad, winning just four games all split to come in last place. To fix it, 100 Thieves turned to two roster additions: jungler Maurice “Amazing” Stückenschneider and mid laner Max “Soligo” Soong.

It’s an interesting dichotomy: One is a battle-tested veteran, the other is a bright-eyed rookie. 100 Thieves’ chances in the Summer Split depend on both getting up to speed, fast, and then getting the rest of the team to play up to that level.

The easy part is that the talent is there. In separate interviews with Dot Esports, both new players raved about their teammates. The hard part is to turn talent into wins, or as Amazing put it, “to make everyone care about one another.”

The return of the veteran

It’s easy to forget that Amazing has already been in NA once on one of the most prominent teams, TSM. But over the past few years, he’s become an icon in his home region of Europe, appearing on some of the best teams. A stint on the analyst desk only increased his popularity in the region before he made the summer playoff final last year with a resurgent FC Schalke 04 team.

But Amazing has actually always wanted to come back to NA. Things just didn’t quite work out in the past because of unfinished business in EU.

“I always meant to win a championship in EU,” Amazing said. “But after three tries I am kind of content having made it to the final last year in what was a redemption for me. No one expected it, and it helped me realize that I’m happy with what I have achieved and am now ready to move on.”

On Schalke, Amazing’s primary goal was to get a championship for veteran EU mid laner Erlen “Nukeduck” Holm. Similarly on 100 Thieves, he’s teaming up with several legendary veterans, including world champion ADC Bae “Bang” Jun-sik and world-renowned top laner Kim “Ssumday” Chan-ho. So far, he’s soaking up their experiences and learning from them all.

The player he feels the most connected with is support Zaqeuri “Aphromoo” Black. Both players have a similar career trajectory—they had amazing moments years ago but have struggled to replicate that form. For the first time perhaps ever, the fan community turned on Aphromoo last split. Amazing knows what it’s like to be on both winning and losing teams, and the two players have learned a lot from each other.

Putting away the criticism and negative thoughts is actually Amazing’s primary goal with the team. Amazing feels a lot of 100 Thieves’ issues don’t actually stem from the game. As someone who’s not known as a mechanical genius anymore, Amazing’s role is to understand the players around him and rally them in to a team.

“I once gave an interview where I said ‘carrying is caring,'” Amazing said. “I think that’s what it is. Most of the teams don’t care, or almost grow resentful after having a bad split. I always try to be a happy little cloud trying to push the team forward and making them understand that losing is part of a learning process and not the end of it. It may take a toll on me by the end of a split but honestly, if you’re in the potential twilight of your career for three years running, you gotta find other ways to be of use.”

Soligo is on the complete opposite end of his career from Amazing. He wasn’t even the team’s most heralded signing coming out of Scouting Grounds at the end of last year. That was Aaron “FakeGod” Lee. Soligo was signed as part of a group of players, including FakeGod, who played well together.

It was a bit of a shock then that Soligo got the first shot at the LCS in week seven of the Spring Split. He was confident going into his first match against star mid laner Søren “Bjergsen” Bjerg of TSM. He even had the audacity to pick Syndra into Bjergsen’s LeBlanc. Those are two of his most comfortable champions, but the team won none of the six games he played at the LCS level.

“I can’t say I was happy with any of my performances,” Soligo said. “Many times, there were cases after the game where I would think ‘I could’ve said this here’ or ‘I should’ve been more confident.’ At the time I was sad I wasn’t able to do more, but now I can at least take comfort in the things I learned from those losses moving into summer.”

It’s interesting that Soligo concentrated on his ability to communicate and be confident in himself. It’s clear from the move to release former starter Choi “Huhi” Jae-hyun—a move that came as a surprise to Soligo—that the team really thinks he can play. The question is whether he’ll be able to make himself more heard and be a resource for the others at the most important position on the Rift.

“The coaches deciding to play me for the main roster gives me confidence,” Soligo said. “I’m looking forward to getting my first win and I believe that with this fresh start we’ll do much better as a team. For now, I’m still doing a lot of listening and taking as much as possible from the experience that all of my teammates have. Amazing guides me a lot both in and out of game for now, but I believe in time I’ll be able to manage myself.”

Amazing and Soligo will be tied together for a long time, not only because of their adjacency on the Rift, where mid lane and jungle are supposed to work together, but because of how they were brought in to save 100 Thieves. The team has made big bets with each player it has signed, and the stakes have never been higher.