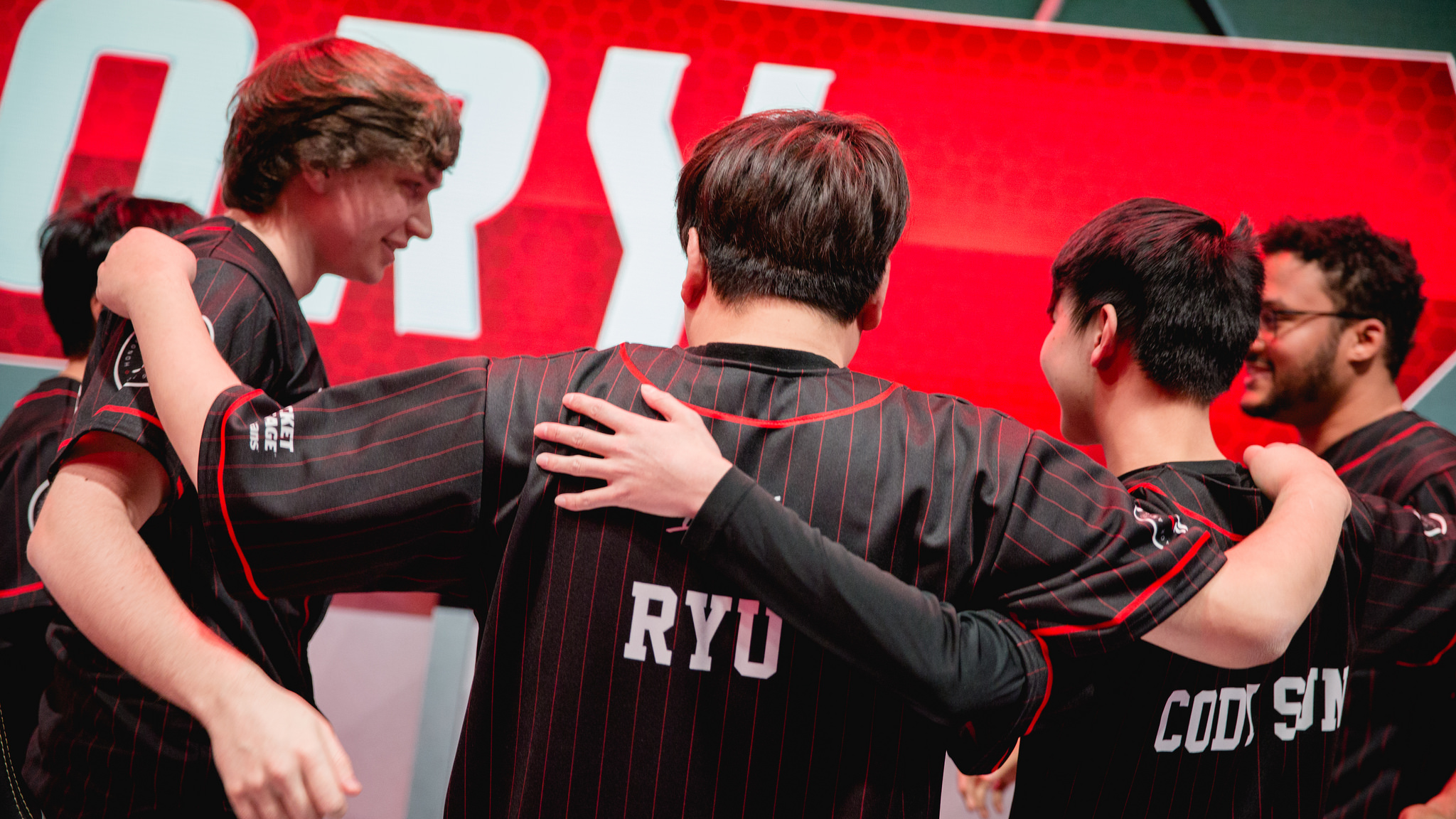 TSM and 100 Thieves went into their NA LCS match on Sunday tied in the standings at 7-6. But they were coming from vastly different places. 100 Thieves were trying to prove that their early-season success wasn’t a fluke and that a team built around older, veteran players that looked burnt out on their previous squads had enough left to finish strong.

TSM were riding a three-game win streak, their longest of the season, and wanted to prove that they could step up for the playoffs after struggling to start the split. If momentum exists in League of Legends, TSM should have had it.

The game seemed to start well for the boys in black and white. They picked up the first kill on a support and jungle roam to the mid lane to help Søren “Bjergsen” Bjerg get ahead on Galio. Normally it’s the Galio that’s roaming to side lanes, but this worked okay.

The problem was, mid lane wasn’t where they needed help. The 100 Thieves’ bot lane of Cody Sun and Zaqueri “Aphromoo” Black pushed in TSM relentlessly, using the combined power of Xayah and Rakan to take control. Even their top laner, Kim “Ssumday” Chan-ho, was winning the Poppy into Camille matchup after being the beneficiary of an early gank. TSM’s Kevin “Hauntzer” Yarnell could never break Poppy’s passive shield to put any threat on the diminutive Yordle.

TSM’s inability to force Poppy out of lane, even with multiple champions, allowed 100 Thieves to take all sorts of objectives on the other side of the map. Ssumday, who has played tanks for his entire career, absorbed pressure beautifully, taking a page out of TSM’s playbook. Oh, and Poppy is totally busted after receiving some buffs in Patch 8.4.

Shutting down Camille was key for 100 Thieves because, when it came to teamfighting, TSM didn’t have a prayer with their splitpush comp. 100 Thieves won nearly every objective fight. Every time they stayed together, good things happened.

With the victory, 100 Thieves showed that they are a force to be reckoned with. Everyone got involved in that win. They’re tied with Liquid at 8-6, and within a shout of Cloud9 in second place. TSM, on the other hand, are still primed to make the playoffs, but have major issues to fix in terms of macro play and teamfight decision making.