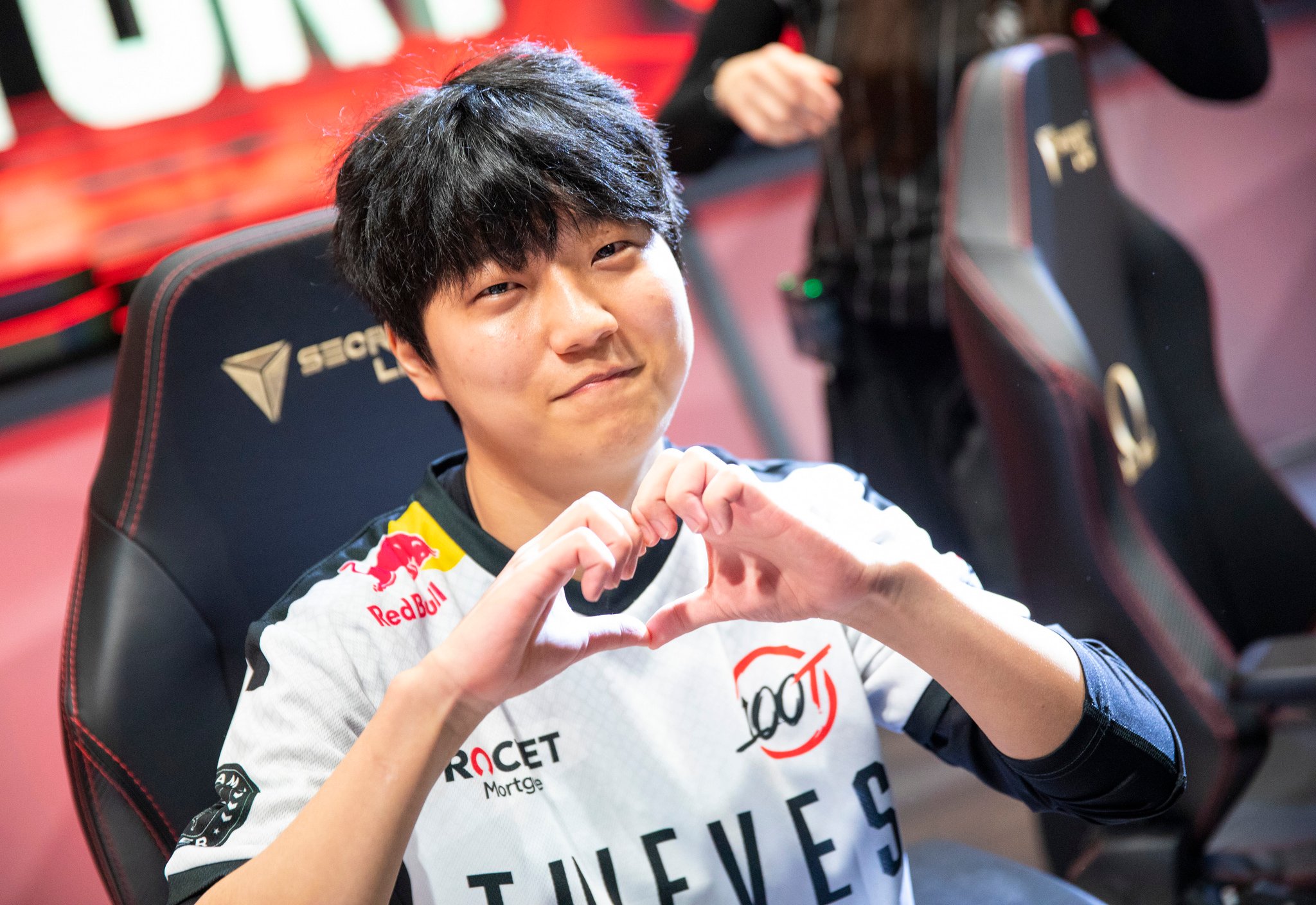 When 100 Thieves loaded up against Cloud9 today, many people thought that this would be another quick match from the best League of Legends team in North America. But LCS fans were treated to a classic upset victory instead.

100 Thieves proved all the doubters wrong today, taking down an undefeated C9 squad that had taken games from every team in the league with ease. Off the back of great games from jungler Juan “Contractz” Arturo Garcia and superstar top laner Ssumday, 100 Thieves stayed confident in their own abilities and pushed forward into each teamfight.

Although the Thieves did give up a couple of deaths in the earlier stages of the game, they didn’t allow those moments to stifle their momentum. Contractz’s Olaf did a ton of work for the Thieves today, picking up 10 kills to lead his team to victory.

100 Thieves’ team’s composition was really smart from top to bottom lane—they had a great engage combination with Camille and Galio, while Karma could provide Olaf the speed he needed to catch his enemies and chop them down.

On the other side of Summoner’s Rift, however, C9 will have to regroup and prepare for their next matches against Evil Geniuses and FlyQuest next weekend. Their draft seemed a bit lackluster compared to 100 Thieves, and as a result, they couldn’t find the openings they needed to turn the game around.

C9 fans probably didn’t expect to pick up their first loss of the season against 100 Thieves, but this should also keep their team hungry during their quest for back-to-back LCS championships.

The 2020 Summer Split will continue next week on Friday, July 17.